O'Rourke was marching with thousands of protesters through the streets of El Paso, decrying a border wall that President Donald Trump is in town to promote. 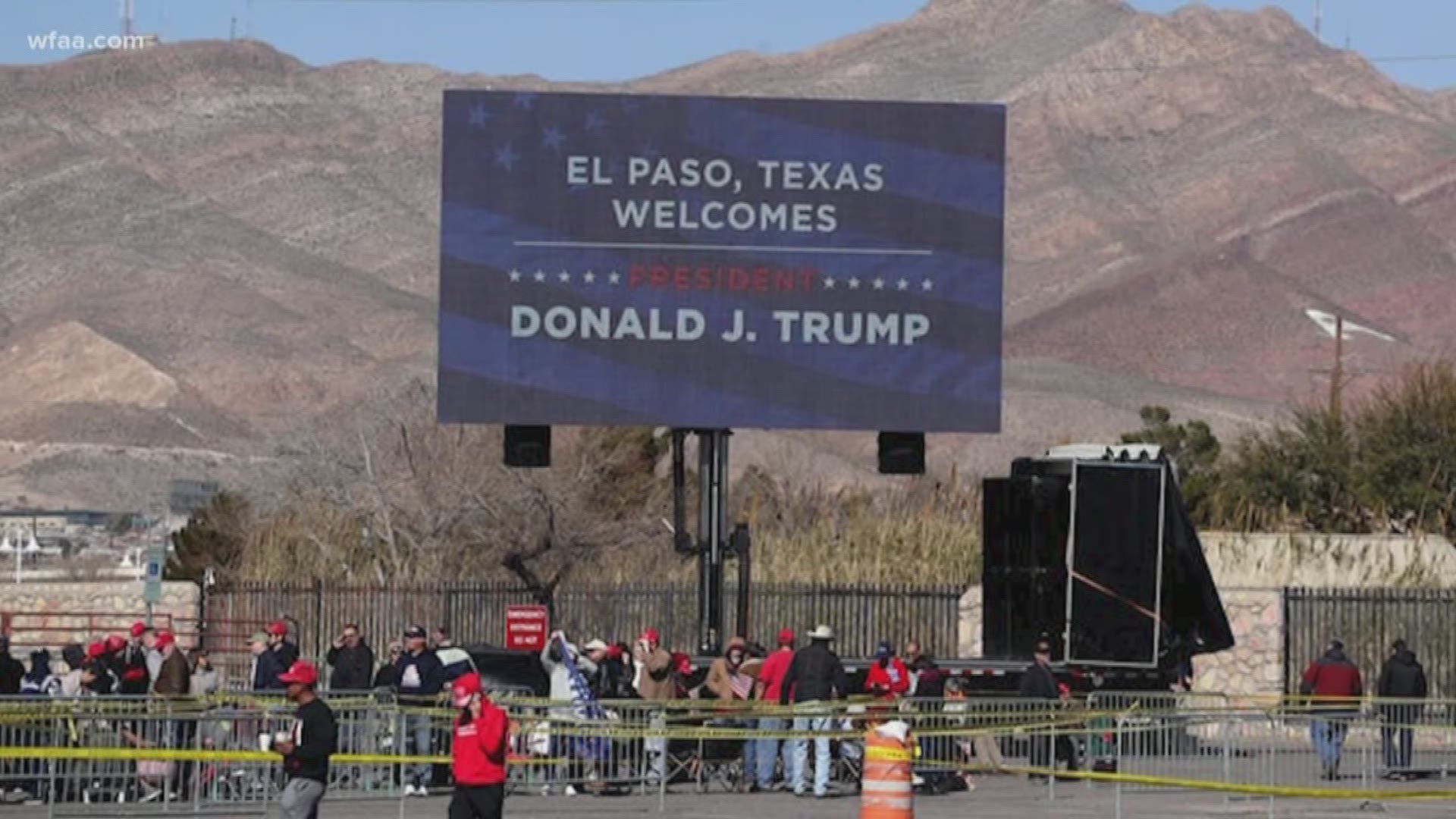 Republican Sen. Ted Cruz of Texas says that when it comes to immigration, Texans understand something very simple: "It is time to build the wall."

Cruz warmed up a crowd in El Paso on Monday night before President Donald Trump was due to speak. At the same time, Cruz's 2018 Democratic opponent, Beto O'Rourke, marched with thousands of protesters to decry the border wall Trump was in town to promote. O'Rourke is considering a 2020 presidential run.

Cruz says the goal is to "stop the human traffickers, stop the drug traffickers and build the wall."

Cruz also says Texans welcome legal immigrants, but that they need to "stand in line" and "follow the rules." The crowd roared in agreement.

Beto O'Rourke is marching with thousands of protesters through the streets of El Paso, Texas, decrying a border wall that President Donald Trump is in town to promote.

Wearing a black fleece pullover and stopping every few steps to hug supporters, O'Rourke is among a group walking close to the U.S.-Mexico border and along the city's existing border fence.

The group is heading to a venue across a small side street from the arena where Trump is holding his own a rally.

O'Rourke told the crowd, "You make El Paso proud and you make the country proud."

Protesters chanted "No wall!" and "Viva Beto!" as they proceeded.

President Donald Trump headed to the Texas border Monday to argue his case that walls work as Democrats spurn his demands for billions to build such a barrier.

Trump is bound for El Paso, aiming to reshape the debate around the wall following a damaging shutdown fight and with his signature 2016 campaign promise hanging in limbo. In a case of pointed political counterprogramming, Beto O'Rourke, the former Democratic congressman from Texas now mulling a presidential run, planned an evening El Paso march and rally against the wall with dozens of local civic, human rights and Hispanic groups.

The rallies launch a crucial week for Trump as Democrats and Republicans remain locked in negotiations over border wall funding ahead of a midnight Friday deadline that could force another government shutdown.