Houston is among the U.S. cities where highly trained teams will embed with Immigration and Customs Enforcement agents. 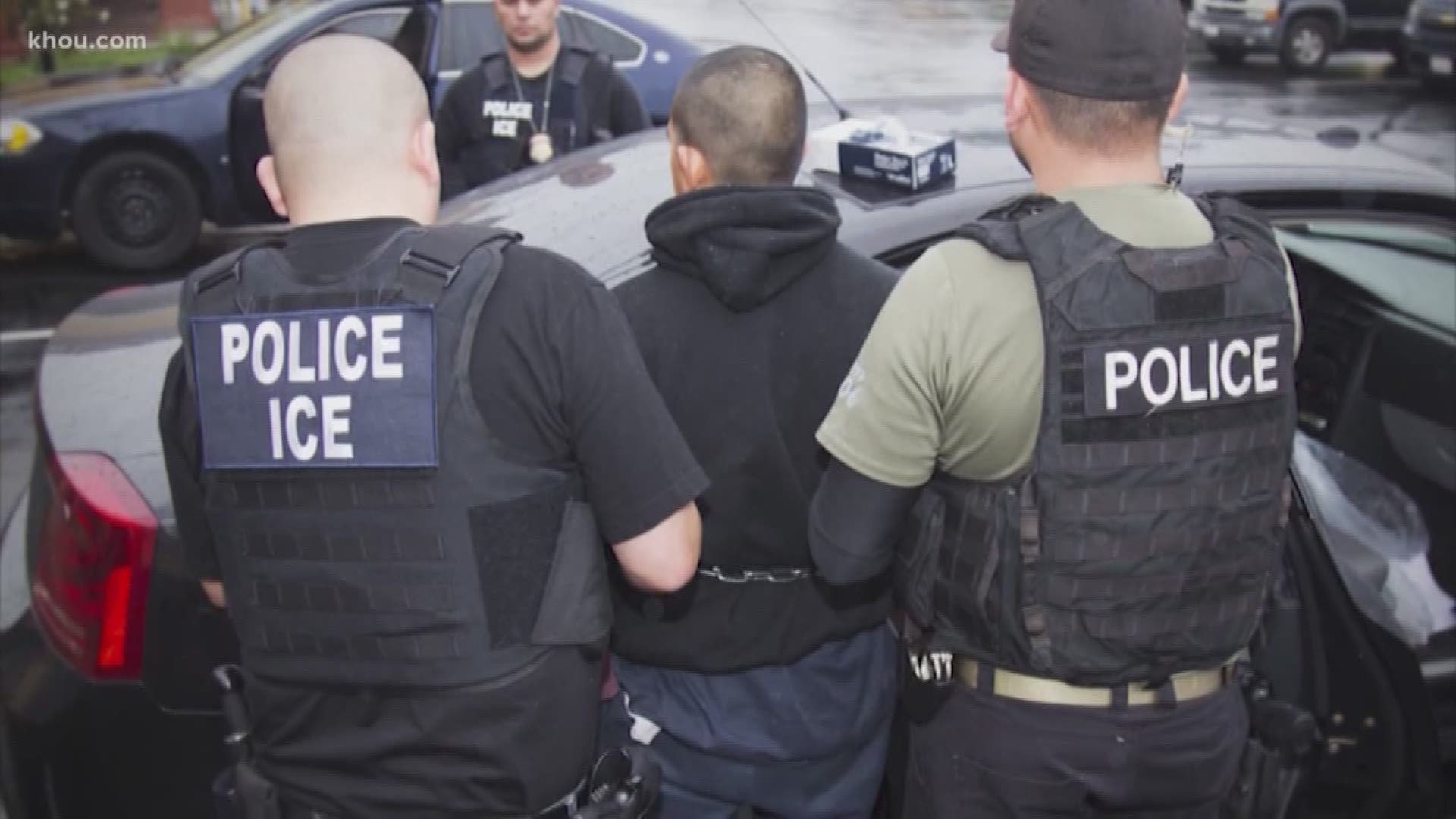 HOUSTON — The Trump administration said Friday that it is preparing to deploy elite Border Patrol tactical units to the interior of the United States to assist U.S. Immigration and Customs Enforcement teams in “sanctuary cities” and other jurisdictions where authorities are seeking to boost arrests and deportations.

The deployment, which will send 100 agents from Border Patrol’s highly trained BORTAC teams to embed with ICE agents, comes as the Trump administration has threatened to retaliate against states and jurisdictions that eschew cooperation with federal immigration authorities.

Immigration officials said the Border Patrol tactical agents will assist in routine operations and would be deployed to sanctuary jurisdictions as well as other areas where the agency needs help.

“As we have noted for years, in jurisdictions where we are not allowed to assume custody of aliens from jails, our officers are forced to make at-large arrests of criminal aliens who have been released into communities,” said Albence. “This effort requires a significant amount of additional time and resources.”

RELATED: US takes step to require DNA samples from asylum-seekers

The Border Patrol agents working with ICE will have the authority to make arrests, but immigration agents will direct the operations, officials said. Tactical agents working along the border are typically involved in operations targeting criminal suspects, smugglers, stash houses and other enforcement targets with elevated risks of violence.

One official with knowledge of the plans said the BORTAC agents were being sent to help ICE less for their quasi-military training than for the fact that their units are intended to be flexible and are not anchored to a specific Border Patrol sector or region.

The deployment was first reported Friday by The New York Times. [The Times report said Houston was one of the cities where units would be sent.]

Cesar Espinosa, executive director of FIEL, an immigrant rights group in Houston said, “We understand that there’s bad apples within any community and we would like to see more enforcement being made on those people who have committed and things like that.”

Also, Heather Swift, a spokesperson for the Department of Homeland Security, said the 100 agents would include other U.S. Customs and Border Protection personnel, not just tactical units.

“The CBP agents and officers who are being detailed to help ICE come from a number of different sectors and job positions,” Swift said.

ICE has 5,300 enforcement officers nationwide, and Swift said the number of immigrants with “non-detained” cases living in the interior of the United States has surpassed 3.2 million. “ICE does not have sufficient resources to effectively manage the sustained increase in non-detained cases which is exacerbated by the rise of sanctuary jurisdictions,” she said in a statement.

A DHS official, speaking on condition of anonymity to discuss internal deliberations, said similar proposals have been under consideration before, as recently as last year, with a broader scope enlisting other federal agencies such as the FBI to assist with immigration enforcement.

Espinosa said the Trump administration’s decision to send the CBP units is creating a lot of fear in Houston.

“Unfortunately, this sends a shockwave to the entire immigrant community of people not wanting to come forward. Not even being able to live their lives in peace,” Espinosa said.

During the peak of the migration crisis at the U.S. southern border last year, ICE sent 350 immigration agents to help CBP cope with a historic influx of children and families crossing the border and seeking asylum.

Arrests at the border have dropped 75% since last May, amid increased enforcement in Mexico and at the southern border, freeing the Trump administration to redirect its enforcement efforts to the U.S. interior.

Trump had campaigned on promises to swiftly deport immigrants from the interior of the United States, but the border crisis and the increasing resistance of sanctuary jurisdictions, which limit ICE’s access to immigrants in their jails, have impeded his efforts.

Ral Obioha, an immigration lawyer in Houston said the move is nothing more than a fear tactic.

She said, “Houston per say is not a sanctuary city however I know that the Houston community police and law enforcement does not cooperate with federal agencies such as ICE and as such that’s why Houston has been targeted at this point.”

In addition, Obioha said it encroaches on state rights.

“While immigration law is federal law, security is state, within the power of the state. If this is allowed it’s going to set precedent for more and more invasive procedures and physically forceful apprehensions that basically violate state law,” Obioha said.

Advocacy groups accused the Trump administration Friday of reassigning the tactical agents to the interior of the United States to frighten immigrants and “rile up” his base this election year. The announcement comes after Attorney General William P. Barr said Monday that the Justice Department would sue two so-called “sanctuary” jurisdictions in New Jersey and Washington state.

Naureen Shah, senior advocacy and policy counsel at the American Civil Liberties Union, said she feared the ramp-up is part of a “broad pattern of reprisal” against sanctuary jurisdictions. She warned that tactical teams accustomed to remote border regions could put citizens and immigrants at risk while working in unfamiliar, congested cities.

“We shouldn’t have SWAT-like teams participating in immigration enforcement across the country,” she said.

“The desire to terrorize immigrants, that is the point, ” said Lorella Praeli, president of Community Change Action, an advocacy group. “It’s no surprise that it comes at a time when the election season is well underway.”