Tony Buzbee said if he had more time, he could have won the Houston mayoral election. 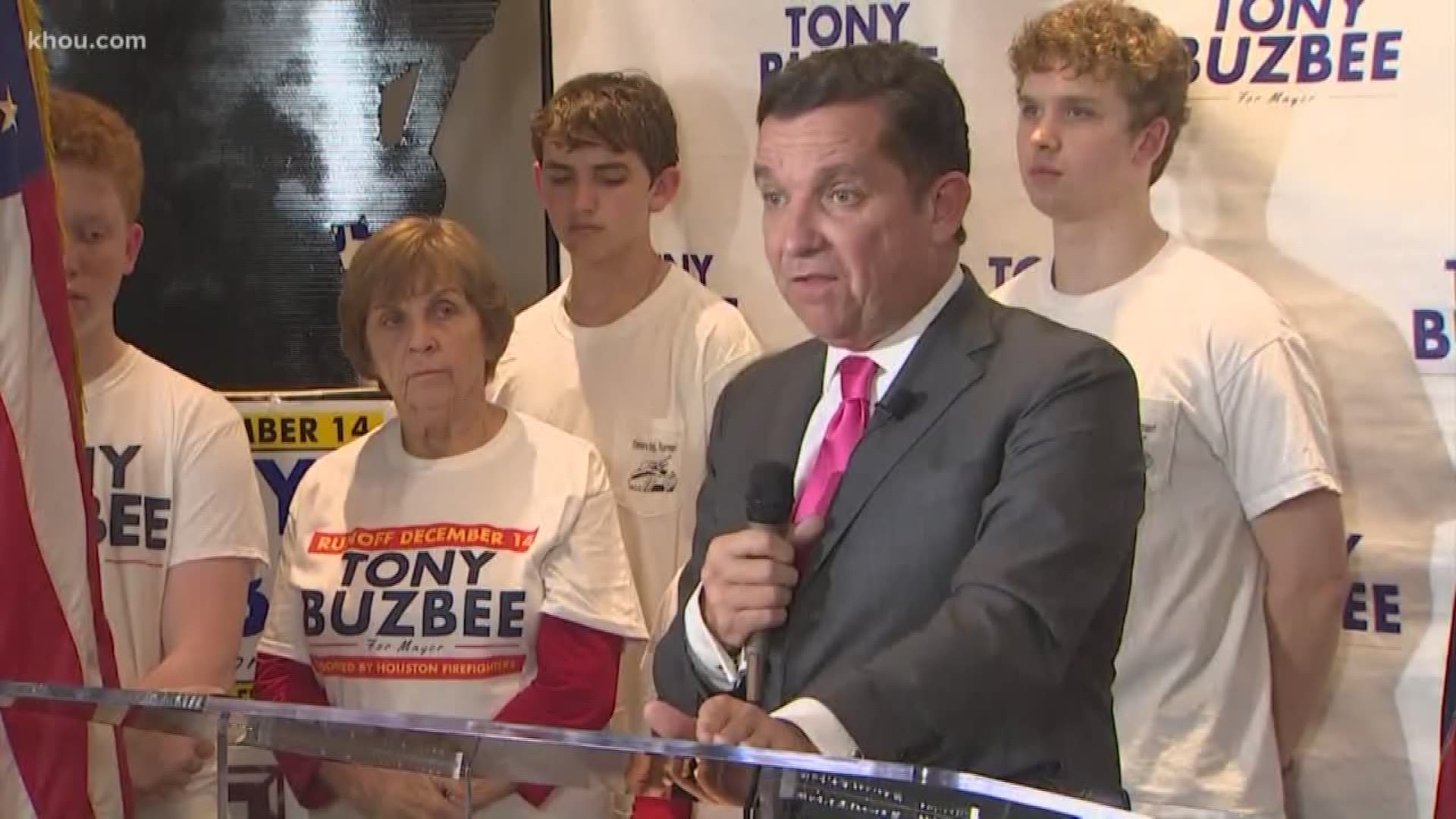 Buzbee said that after the early vote, his team was discouraged.  It showed him down by double digit percentage points. And when all the votes were counted, Turner had 57 percent, earning him a win in the mayoral runoff.

In his speech, Buzbee thanked his volunteers, his family and his supporters.

“We came close, but if the returns continue to go the way they’re going, it’s not going to be close enough,” he said. “If I’m not your mayor after tomorrow when the final returns come in, I will return to my passion, which is helping the victims, people who have been ignored, discriminated against, wronged and cheated.”

He said he didn't win because he simply ran out of time.

"Whatever the will of the voters is I accept it. I’m not mad. I’m not bitter. I’m not discouraged because just like you, I love Houston," said Buzbee.

Buzbee did address the mayor directly during his speech.

He asked Mayor Turner to honor Proposition B which passed earlier this year and guaranteed Houston firefighters raises.

RELATED: VERIFY: Can you use your phone while casting your ballot?

Buzbee said when he announced he was running people for mayor a lot of critics thought he was going to get blown out of the water. But, he said that wasn’t the case and is proud of the campaign he ran.

In addition, Buzbee wanted to inspire his supporters. He said the issues he’s raised are being addressed and getting attention like flooding, controlling the pet population and fighting for firefighters’ wages.

Buzbee said if it goes against him, it’s not the end of the world.

Buzbee plans to take a break after the election.

After that he wants to get back to work fighting for this community. He said if mayor Sylvester Turner is reelected he is willing to work with him make this city better.