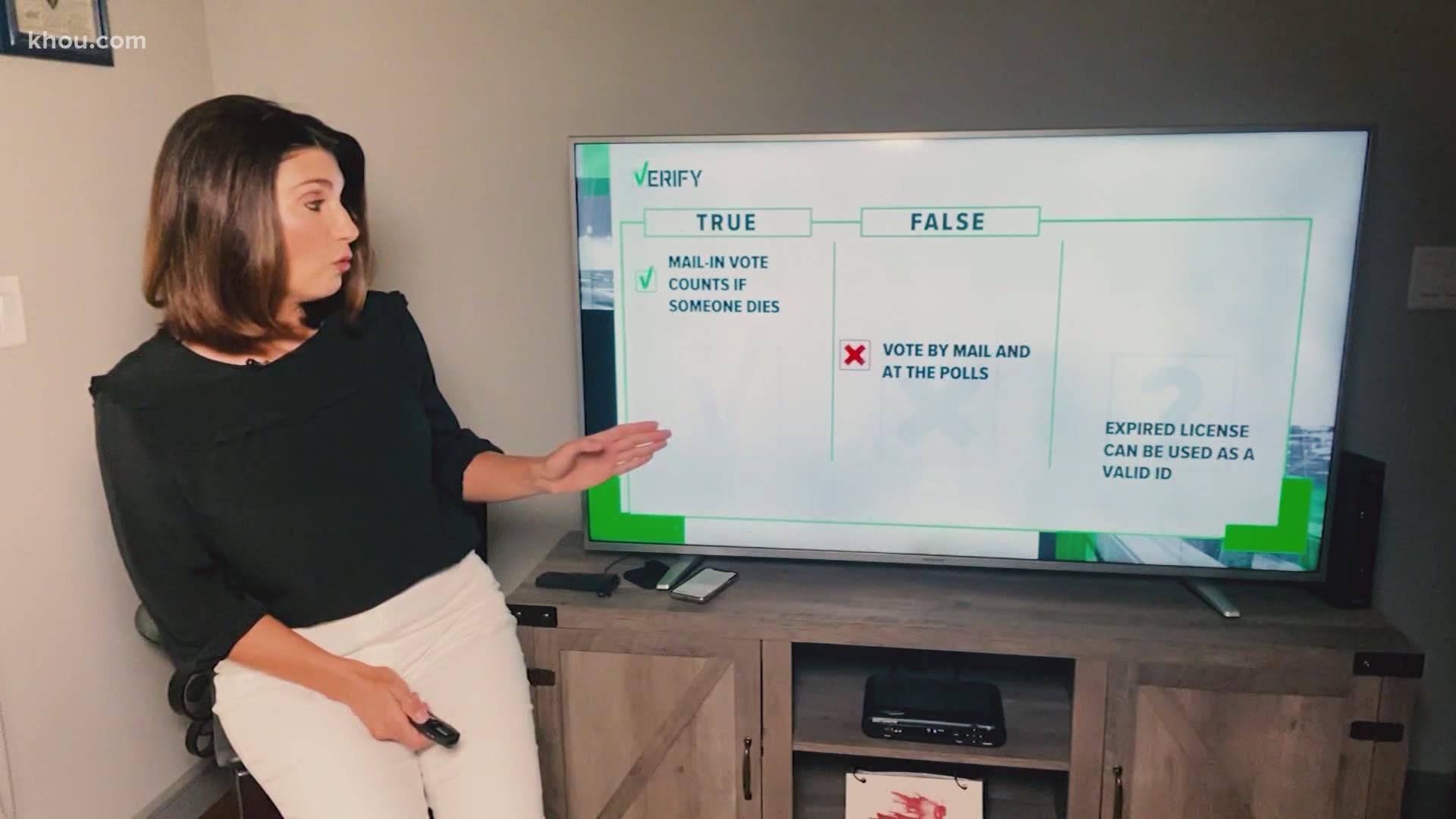 HOUSTON — Harris County's on again, off again efforts to send mail-in ballot applications to all registered voters is off again.

The court intervened at the request of Texas Attorney General Ken Paxton, who filed suit against Hollins late last month.

“I strongly commend the Texas Supreme Court for stopping the Harris County Clerk from sending millions of mail-in ballot applications, which would create voter confusion and jeopardize the integrity and security of our elections,” Paxton said. “The Harris County Clerk knowingly chose to violate Texas election law and undermine election security. I thank the court for preventing the clerk from proceeding with his unlawful plans while this case continues.”

Tuesday's ruling overrules a state district judge who said Friday that Harris County can move forward with its plan to send the applications to 2.4 million voters.

"The legislature has made clear that in order to vote by mail a voter first 'must make an application for an early voting ballot.' But, as to how the voter is to obtain the application, the Election Code is silent," Standill said in his ruling.

Now, Hollins must wait for a decision on Paxton's lawsuit before he can legally send out the ballot applications.

Texas has fought to keep in place its strict eligibility rules for mail-in ballots, which limit such ballots to voters who are 65 and older, voters who will be out of the county during the election period, voters confined in jail but otherwise eligible, or voters who cite a physical condition or illness that makes a trip to the polls a risky endeavor.

While lack of immunity to the new coronavirus alone doesn’t qualify a voter for a mail-in ballot based on disability, a voter can consider it along with their medical history to decide if they meet the requirement.