‘We are angry’ | Republicans speak out after passing voting measures in Texas Senate while most Democrats remain in D.C.

Senate Republicans say those who flew out of state are the ones who’ve thrown a wrench in the system. 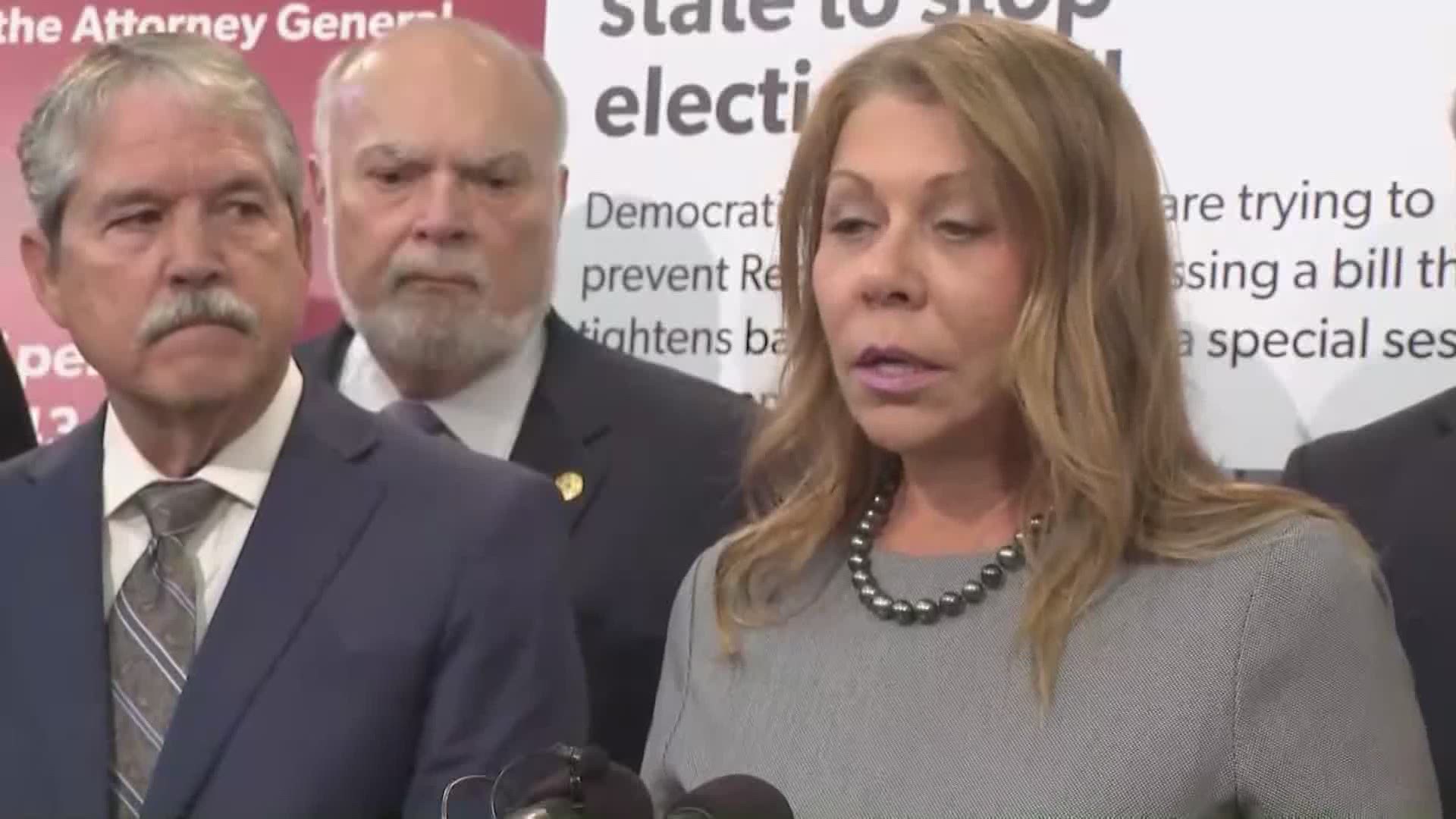 HOUSTON — The Texas Senate managed to approve the top issue on the special session agenda.

That’s the GOP-backed voting reform bill. But getting action in the Texas House won’t happen as long as Democrats remain in Washington D.C.

“We are angry,” said Republican state Sen. Joan Huffman of Houston during a Wednesday morning news conference. “We are angry because we have come here to work, we have an important job to do.”

She and others criticized dozens of Democrats who left Monday for Washington, D.C. in order to block votes on the voting measures and simultaneously lobby federal leaders for election protections.

“I think it’s important that people know what’s in the bill,” said Republican state Sen. Larry Taylor of Friendswood. “I think it’s unfortunate people left the state.” “They might have spent some time on the bus and the plane reading the bill and maybe they would have come back.”

Happening now: @TexasSenateGOP holding news conference on passage of Senate version of controversial voting bill. Nothing will be taken up in the TX House until there’s a quorum.. And 50+ Democrats left for DC in effort to stall passage. @KHOU for latest coverage #khou11 pic.twitter.com/ctDLmQQAHv

Republicans contend that what the Senate passed would make it easier to vote yet harder to cheat.

But things like drive-through and 24-hour voting, which were implemented in Harris County, would be banned.

Thierry joined her colleagues in D.C. a day late and after House Republicans voted to send state troopers after them.

“This is politics and we need to put people over politics,” said Thierry.

Senate Republicans said those who flew out of state are the ones who’ve thrown a wrench in the system.

“I hope they think it’s worth it,” said Huffman.

Republicans say Democrats are also holding up other items on the special session agenda, including bail reform.