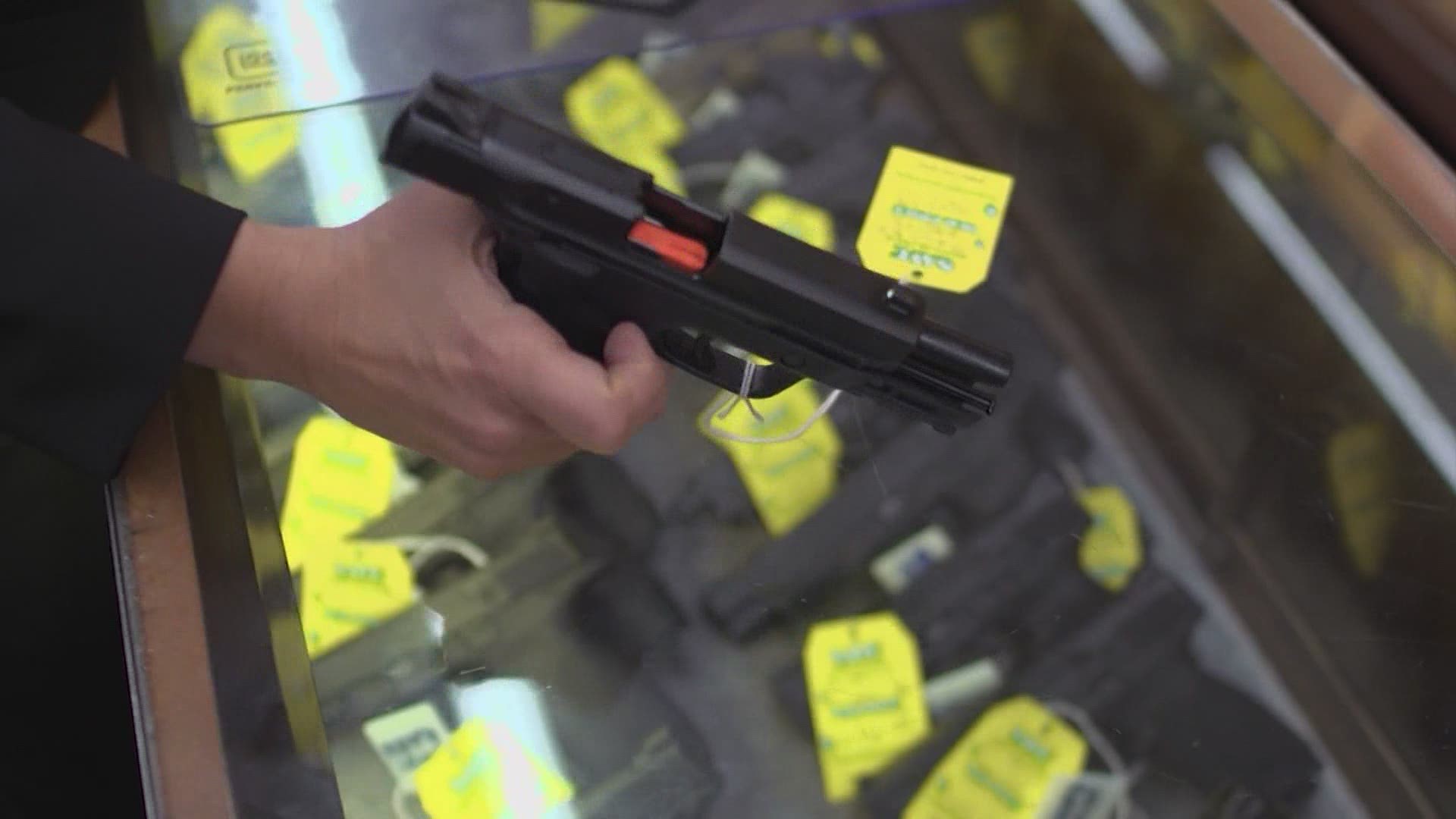 AUSTIN, Texas — Members of the Texas House of Representatives on Thursday initially passed House Bill 1927 (HB 1927) to allow Texans to carry handguns without a license to carry. Representatives finally passed the bill on Friday and it will now be sent to the Senate for consideration.

If signed into law, HB 1927 by State Rep. Matt Schaefer (R-Tyler), will allow Texans 21 years and older who are eligible to carry a gun in the state to carry a handgun, openly in a holster or concealed, without a permit.

Current law requires Texans to have a license to carry, and to obtain a license, you have to take a training class, pass a written exam and shooting test and submit fingerprints.

Supporters of the bill say getting a license to carry requires time and money, so this bill removes barriers.

"This bill should be called 'common sense carry' because this bill is about common, law-abiding citizens being able to carry commonly owned hand guns in common public places for the common reason of personal and family protection," said Schaefer on the House floor on Thursday.

But opponents see getting rid of the required training on gun safety and handling as a danger.

Another sticking point is the bill requires business owners to verbally tell customers guns aren't allowed in their businesses rather than just posting a notice – a move they believe will create conflicts.

While offering an amendment that essentially would have killed the bill, El Paso Representative Joe Moody (D) recounted the 2019 mass shooting at a Walmart in his district that left 23 people dead and said the bill makes communities less safe.

"Members, I'm so tired of doing nothing. I'm so tired of catering to a very small number of very loud people who's thinking about guns is wrapped up in unfounded fears and bizarre conspiracy theories," said Moody. "I'm so tired of the gun being worshipped like some golden calf and hearing all about rights, but nothing about responsibilities."

Under HB 1927, handguns are still be prohibited inside certain places, including:

The scheduled vote comes after a diverse group of law enforcement officers from across the state gathered at the Texas Capitol on Tuesday in opposition to HB 1927 and a similar bill, HB 1911.