Abbott's office did not specify what legislative priorities will be included on the special session agenda. 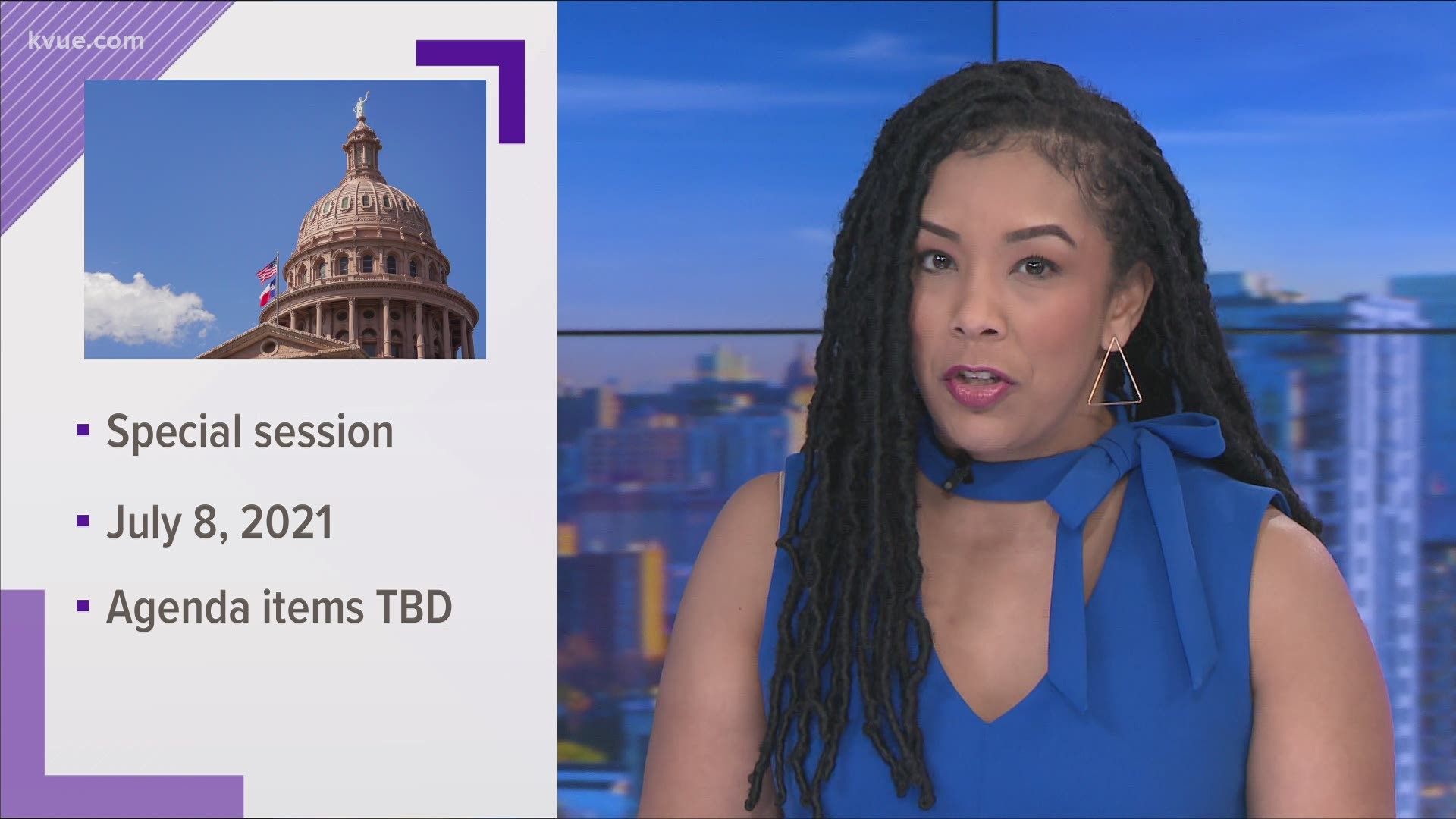 Abbott has already said that he plans to ask state lawmakers to work on two priority elections and bail bills that died in the final hours of the regular legislative session after House Democrats walked out of the chamber. More recently, Abbott has said the agenda for the Legislature’s overtime round will also include further restricting in schools the teaching of critical race theory, which refers to an academic discipline that views race as a social construct.

Lawmakers were already expected to return to the Legislature this calendar year for a special session focused on redrawing the state’s political maps and doling out billions of dollars in federal COVID-19 relief funds.

But after Abbott’s elections and bail priority bills died in May, the governor said he would call lawmakers back to work on that legislation as well as a host of other issues. The special session focused on redistricting and the coronavirus recovery funding, he has said, will happen sometime in September or October.

Yes, Carl Nassib is the first active NFL player to come out as gay, but before Nassib there was Michael Sam

Letters to Gov. Abbott show which counties are impacted by illegal border crossings