Nearly 250 people signed up to testify in the Senate State Affairs Committee. After more than 10 hours of discussion and debate, about 100 people still had to speak. 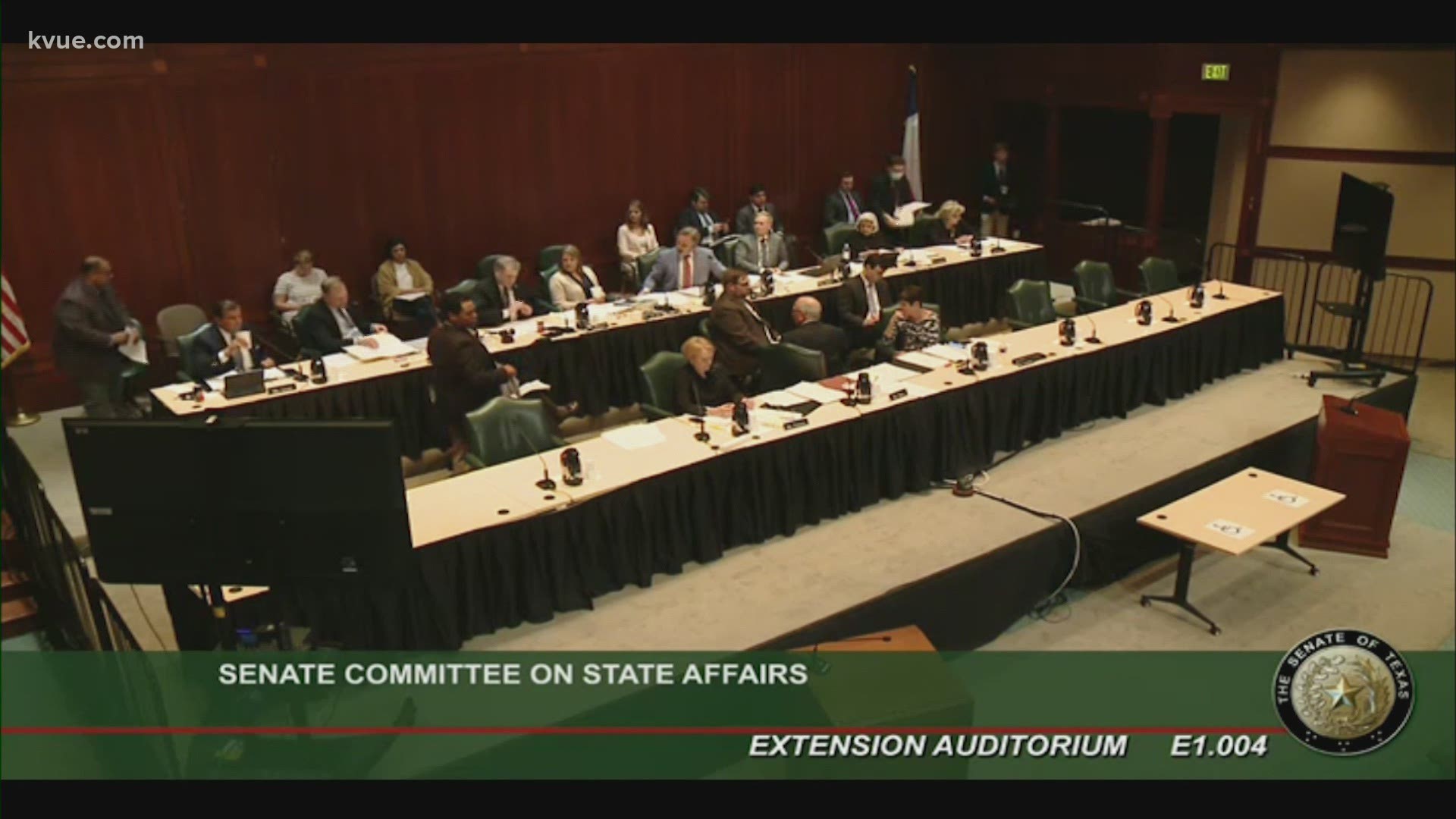 AUSTIN, Texas — On Saturday, hundreds of Texans spoke on Senate Bill 1 and House Bill 3 in their respective committee hearings.

Democrats in the state House broke quorum and blocked the SB 7 vote to happen by walking out of the Capitol back in May. Lawmakers admitted there were parts of the bill that should not have been included in the final version.

In regard to SB 1 and HB 3 of the Special Session, Democratic lawmakers said another walkout is not off the table.

RELATED: Fighting a bill with a bill: Senate Dems push back on Republican election reform bill

"I think Democrats should do and we will do anything necessary to prevent [SB 1] from becoming law," State Sen. Borris Miles (D-Houston) said outside the Senate Committee on State Affairs hearing regarding SB 1. "Leaving is on the table."

In an effort to bring more voices to the hearing, Miles invited two busloads of constituents to speak on SB 1.

Today, Senator @BorrisLMiles invited two bus-loads of people to testify on SB 1, the senate bill filed this week on election reform. Talking with Miles, he says a Democrat walkout is not off the table, “if we go down, we will go down fighting.” @KVUE Public Hearing starts at 11. pic.twitter.com/SBCVLMpr5g

Throughout the day, many speakers brought up points both in support and opposition to the voter bills. Those opposed said it pushes voter suppression by making it harder for people across nearly every demographic to vote. Those in support mostly adhered to the discussion surrounding mail-in ballots and poll watchers.

The Senate Committee on State Affairs started their hearing addressing SB 1 and SB 31, which addresses voter identification and registration, started just after 11 a.m. Saturday morning. The House Select Committee on Constitutional Rights and Remedies started their hearing at 8 a.m. Saturday morning with bills on bail reform, then went into HB 3 discussion around 5:30 p.m. on Saturday night, finally starting public testimony just before 10:30 p.m.