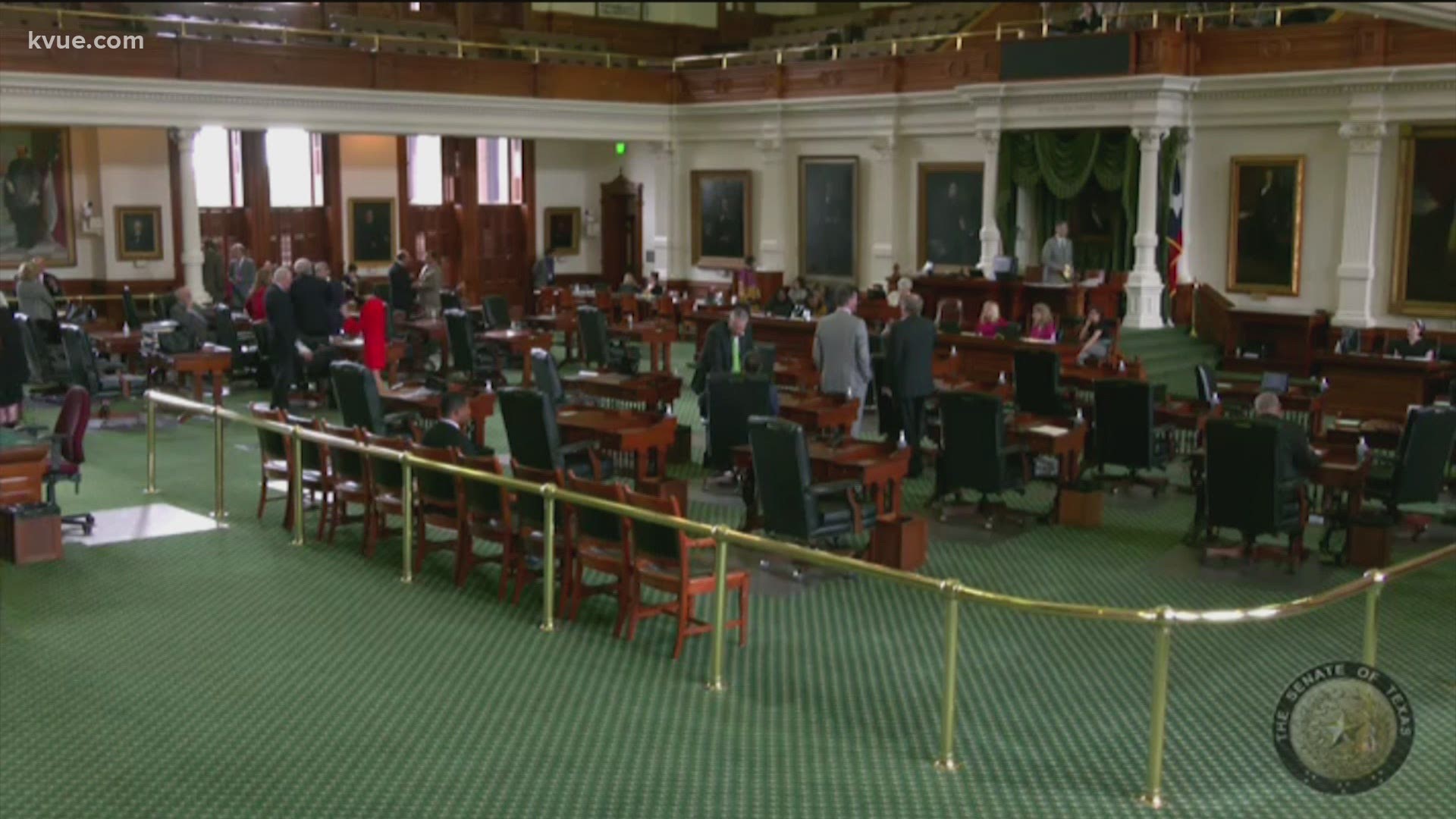 AUSTIN, Texas — Texas state lawmakers are already getting to work as a special session is underway at the Capitol.

On Saturday morning, they are discussing the Republican-backed election reform bills. The House committee began public testimony on House Bill 3 around 8 a.m. A Senate committee is taking up SB 1 at 11 a.m., with just under 250 people signed up to speak.

One of Gov. Greg Abbott's main reasons for calling a special session was to pass election legislation after Democrats stopped that from happening during the regular session. House Speaker Dade Phelan is confident lawmakers will be able to get work done on election laws.

“We want a uniform election code,” he said. “And whether it's two weeks of early voting or three weeks, whatever we decide, we need to decide here in the Texas capital, not at the courthouse at the varying 254 counties.”

The Texas Legislative Black Caucus and leaders with the NAACP said they're going to fight that legislation.

“These bills are not about making it easier to vote,” said State Rep. Nicole Coller (D-Fort Worth). “They are about making it harder to vote. They do not promote voter participation or voter access. They actually hinder that.”

Today, Senator @BorrisLMiles invited two bus-loads of people to testify on SB 1, the senate bill filed this week on election reform. Talking with Miles, he says a Democrat walkout is not off the table, “if we go down, we will go down fighting.” @KVUE Public Hearing starts at 11. pic.twitter.com/SBCVLMpr5g

Democrats say they are determined to stop the Republican-backed election reform bills from becoming law.

On Friday, the Senate Democrats decided to fight the Republican bill by filing their own bill – the Barbara Jordan Fair Elections Act. They say it ensures safe and secure elections without creating hurdles for people to vote.

"We're going to do everything in our power to get a hearing on this vote, on this bill, work with Republicans and anyone else in terms of Senate Bill 1 and this particular bill, the Barbara Jordan Fair Elections Act, and seeing whether we can strike compromises to make certain that all people in the state of Texas are able to vote, that it's transparent, and that it's secure," said State Sen. Royce West (D-Dallas).

Republican Sen. Bryan Hughes says if SB 1 doesn't pass, he believes Gov. Abbott will call lawmakers back for another special session. The Senate Democrats are hoping for a hearing on their bill but say it's not likely to happen.