Research shows that more than one-fourth of registered voters in Texas are Latino. 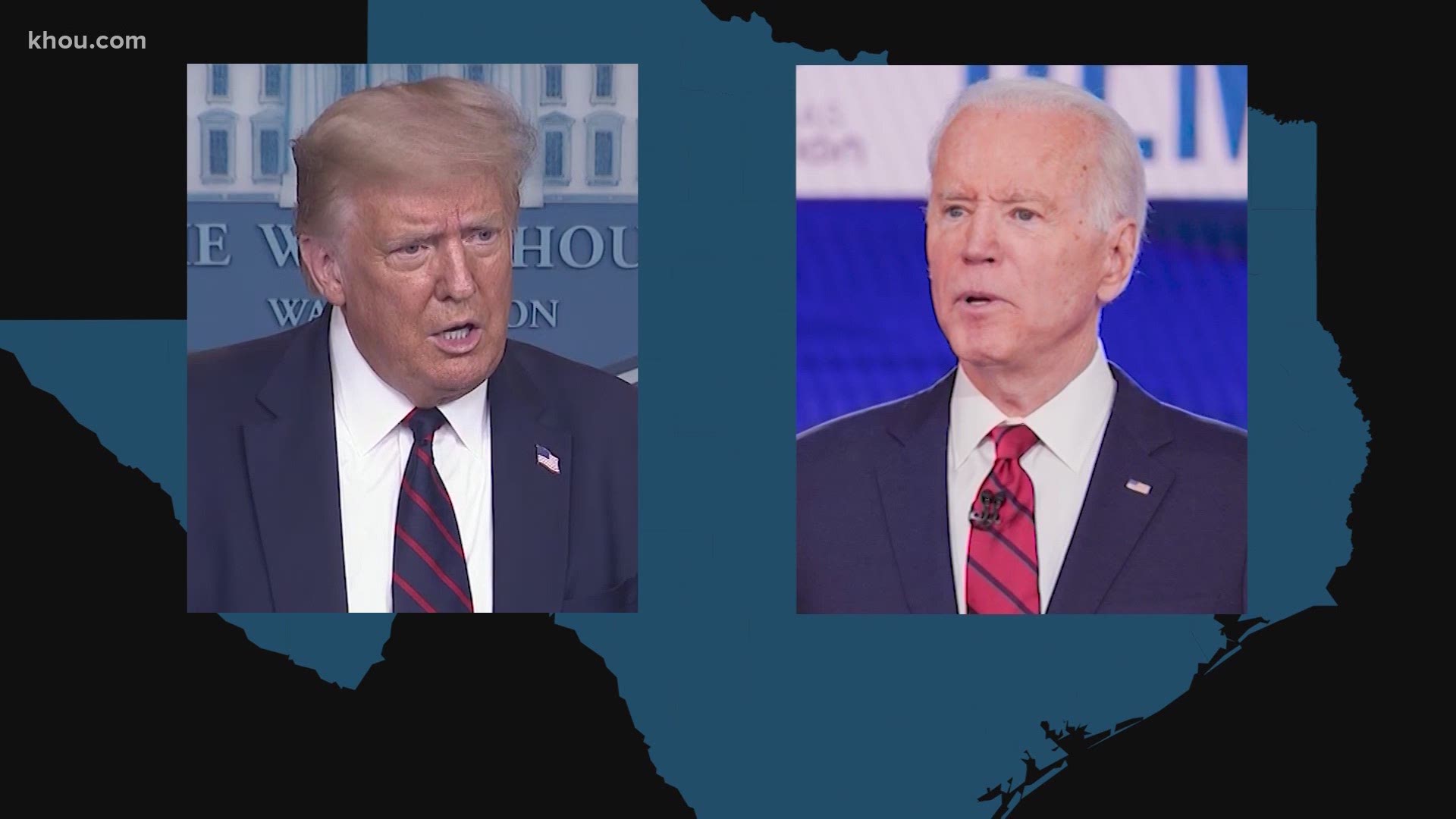 HOUSTON — Texas is considered a battleground state and a swing state in November's presidential election.

It represents a big prize with 38 electoral votes. And right now, it appears the once “Ruby Red” state could be turning blue.

"I would imagine that the president should be favored to win Texas, but by probably less than 4 percentage points," KHOU political analyst Bob Stein said.

But, while he sees Trump with a slight edge, he's not ruling out Biden taking the state.

"If the turnout in the major metroplexes is high, and more importantly, if we're seeing more Democratic voters voting by mail," Stein said.

He said the Hispanic vote is a huge factor since it represents such a huge chunk of the voting population. According to the Pew Research Center, roughly 28% of all the voters in Texas are Latino.

"This is a fast-growing, informed and highly, what I will call, mobilized and motivated voter," Stein said.

But it’s also a population that was hit hard by the coronavirus. Will that scare them from going to the polls, or give them more motivation?

“Young Latinos are literally watching their grandmas and grandpas, aunts and uncles die because of a lack of affordable access to healthcare and that was already a major voting motivator prior to this pandemic," Antonio Arellano said.

Arellano is the Executive Director of the nonprofit Jolt. The group tries to get Texas Latinos more engaged in voting. He believes the pandemic will be a motivating factor.

"You're going to see young Latinos show up like never before," Arellano said.

A record turnout is expected across the country.