State Rep. Joe Deshotel, D-Beaumont, tested positive for COVID two weeks after getting the first dose of the vaccine. 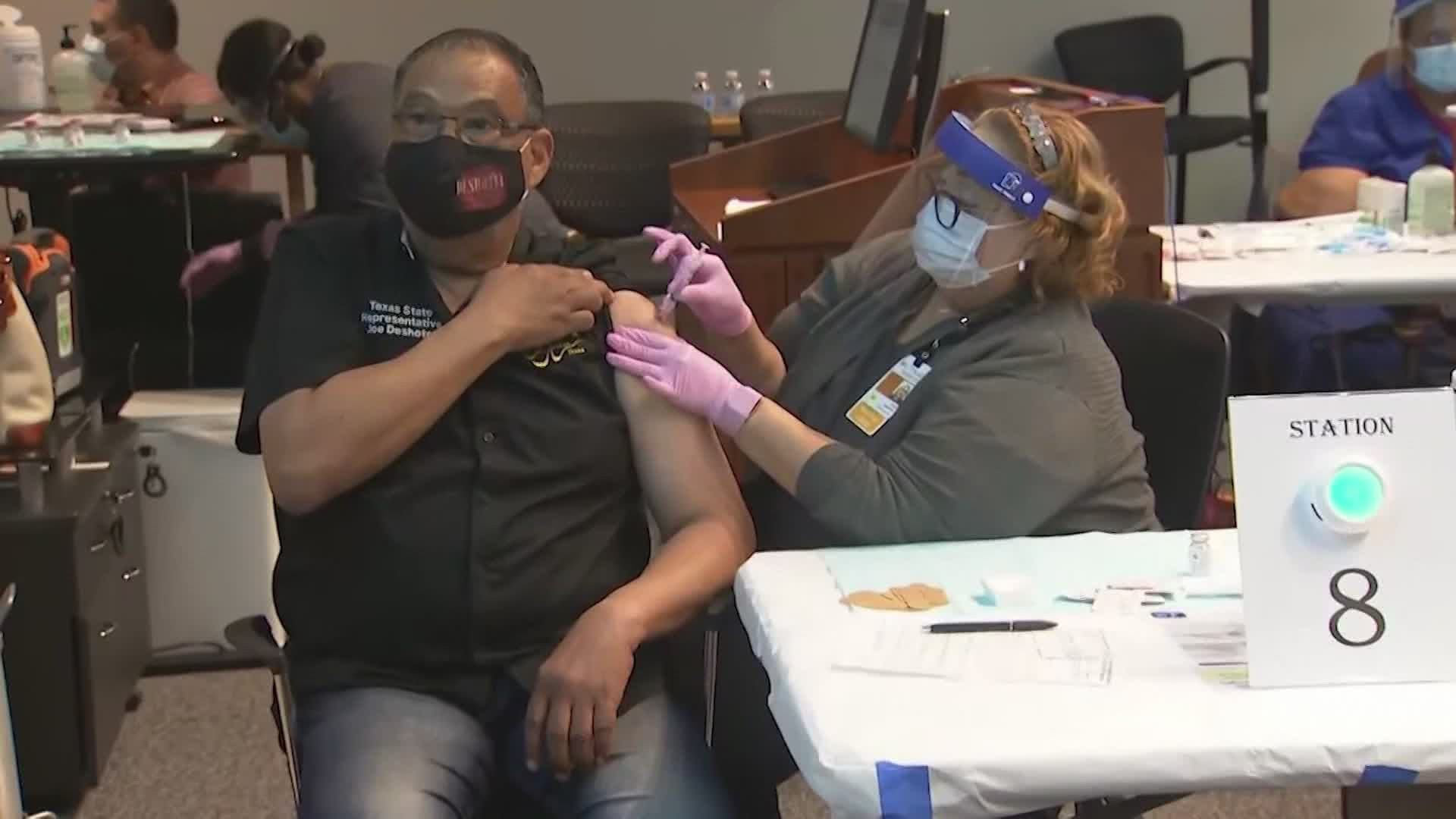 THE TEXAS TRIBUNE – A Texas House member tested positive for the coronavirus after being on the chamber floor for three straight days, giving lawmakers an early indication of the dangers of governing during the pandemic.

State Rep. Joe Deshotel, D-Beaumont, told The Texas Tribune he tested positive Thursday – three days after lawmakers gaveled in for this year’s legislative session. The Democrat said he received a rapid test outside the Capitol because it was “free and quick” as he was heading home Thursday afternoon.

He has “no idea” how he contracted it, said Deshotel, who is currently quarantining and reported minor symptoms. “I don’t know where it came from. It rather shocked me when the guy told me.”

“Getting tested is important and wearing a mask is important,” he added. “You can certainly have [the coronavirus] and not know it, I can tell you that.”

Prior to testing positive Thursday, Deshotel said his last test for the virus had been on the previous Friday. He did not opt to receive a test before entering the Capitol on Tuesday or Wednesday.

The news comes a day after the House met for several hours to debate its rules for the 2021 legislative session, which will require members to wear a mask in the chamber and during committee hearings but not mandate testing before they can enter those spaces.

Deshotel said he wore a mask on the floor and didn’t have extended conversations with members of the House. Video from Tuesday’s proceedings shows that he spoke without a mask for about a minute from the microphone at the front of the chamber to introduce new House Speaker Dade Phelan’s family. Phelan sat unmasked on the dais behind him.

A photo from the House gallery on Thursday also shows Deshotel sitting at his desk with his mask pulled down below his nose and mouth. Multiple other House members can be seen mulling about nearby.

State Rep. Michelle Beckley, D-Carrollton, tweeted Friday morning that she had been informed the night before of a “member in my 3 foot radius” testing positive for the virus.

“They did not test on Tuesday prior to the swearing in ceremony,” Beckley tweeted. “10 day self quarantine.”

Another House member, state Rep. Erin Zwiener, D-Driftwood, told the Tribune on Friday that she would also self-quarantine according to guidelines from the Centers for Disease Control and Prevention and said she appreciated Deshotel notifying those who he came into contact with after testing positive.

“With COVID-19 cases soaring across the state, including here in Central Texas, it’s inevitable that legislators will test positive and expose our colleagues,” Zwiener said. “Rep. Deshotel is setting a tone of transparency that’s essential as we move forward.”

Before the House gaveled in Tuesday, House Administration Chair Charlie Geren, R-Fort Worth, had asked lawmakers to take a test ahead of the opening day ceremony. State Rep. Justin Holland, R-Rockwall, responding to Beckley’s tweet, called it “very selfish and irresponsible” to not do so.

“Anyone that objected to take one prior to Tuesday clearly did so out of pride,” Holland tweeted. “Shame on them.”

Deshotel, 69, said he received the first injection of the Moderna vaccine on Dec. 30 and was scheduled to receive his second dose on Jan. 23. Experts say it takes a few weeks for the body to build immunity after being vaccinated and that getting sick before completing a two-dose regimen should not undermine the potency of the vaccine.

In the Senate, meanwhile, lawmakers passed their own set of rules earlier this week that will require senators to test negative before entering the upper chamber or attending a committee hearing. Senate staff will also be tested the first day of the week they enter the Capitol and before accessing a hearing or the chamber.

Later Friday morning, House Speaker Dade Phelan's office sent members a memo saying the chamber “is following CDC guidelines for self-quarantine and self-isolation following exposure to COVID-19” and listed those current guidelines. The memo did not name or mention Deshotel.

The Texas Tribune is a nonprofit, nonpartisan media organization that informs Texans – and engages with them – about public policy, politics, government and statewide issues.

1 / 17
Daemmrich/CapitolPressPhoto/Pool
Foggy start to the morning as the sun rises over the Texas Capitol at the start of the 87th legislative session in Austin.

An unbreakable bond: Sibling Trio in Austin looking for a family to adopt them together