'Texans looking for results, not revolution' | Biden speaks to KHOU 11 ahead of Super Tuesday 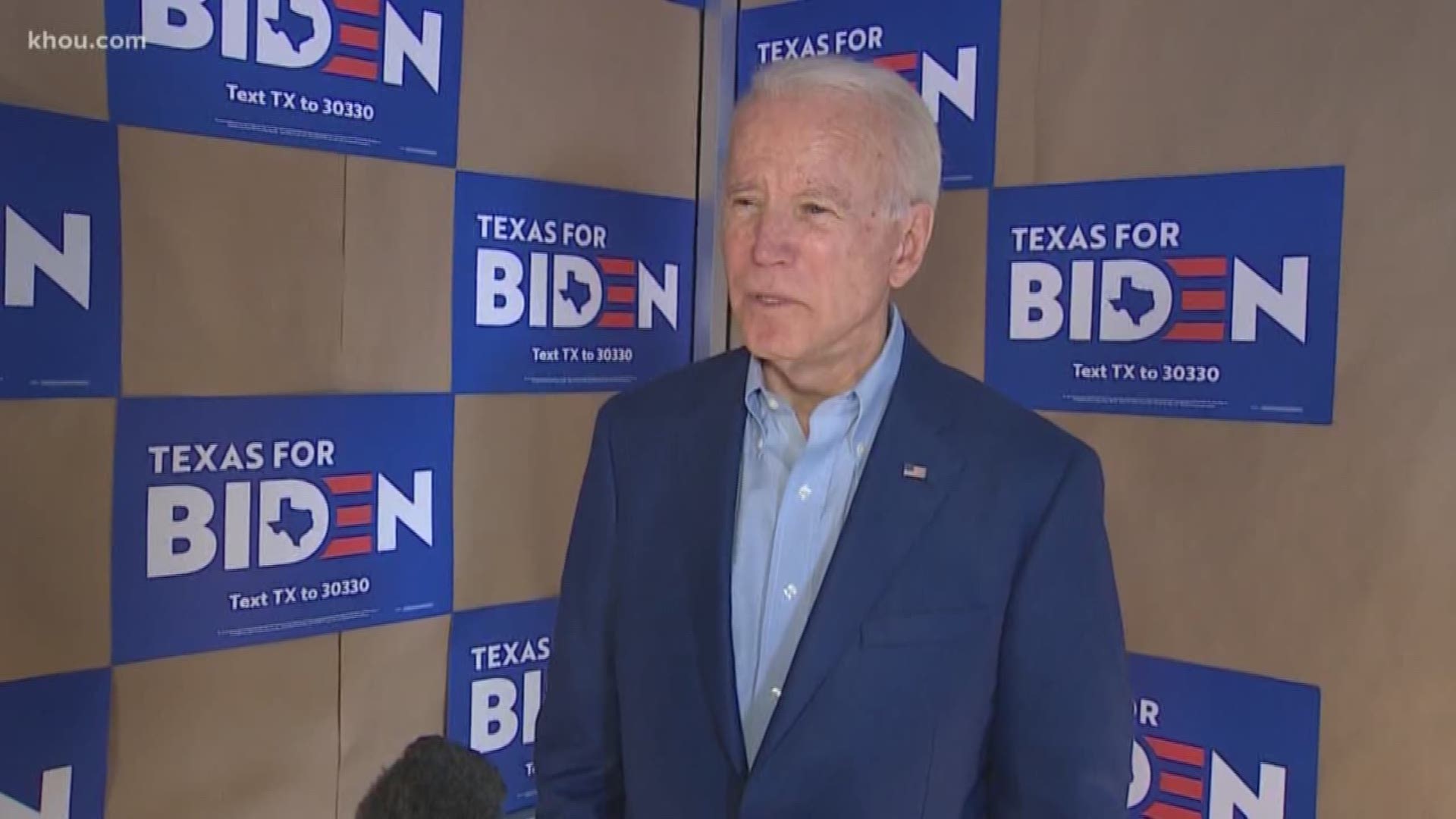 "It's real," Biden said. "We feel good. It's the first time we have an opportunity to go to the base Democratic constituencies."

In a one-on-one interview with KHOU 11 News, Biden made it clear Super Tuesday is big and Texas is critical. CBS polling has him second behind Sen. Bernie Sanders.

"I think the people of Texas aren't looking for revolution, they're looking for results," Biden said. "They'll focus in on who can deliver those results. And I think I can make the better case of that and I hope that shows tomorrow."

"I did speak to Pete Buttigieg a couple of days ago to encouraged him to stay engaged because he has enormous talent and I indicated to him that if I became the nominee I'd be coming to ask him to be a part of an administration to be engaged in moving things forward," Biden said.

Biden also talked about the coronavirus as the U.S. death toll continues to climb.

"At the time of a crisis, the president needs to reassure the American people," Biden said. "No one trusts this president's judgment. He should step back and let the scientists take care of it. This can be controlled."

Biden's made gun safety a central part of his bid for the White House. It's a hot button issue in Texas. Biden had a message to gun owners across the state.

"I guarantee no one's going to take your shotgun, no one will keep you from being able to hunt or target practice," Biden said. "The Second Amendment is real. I support it. But it does have limitations on who can own a weapon in terms of background checks as well as what kind of weapon can be owned." 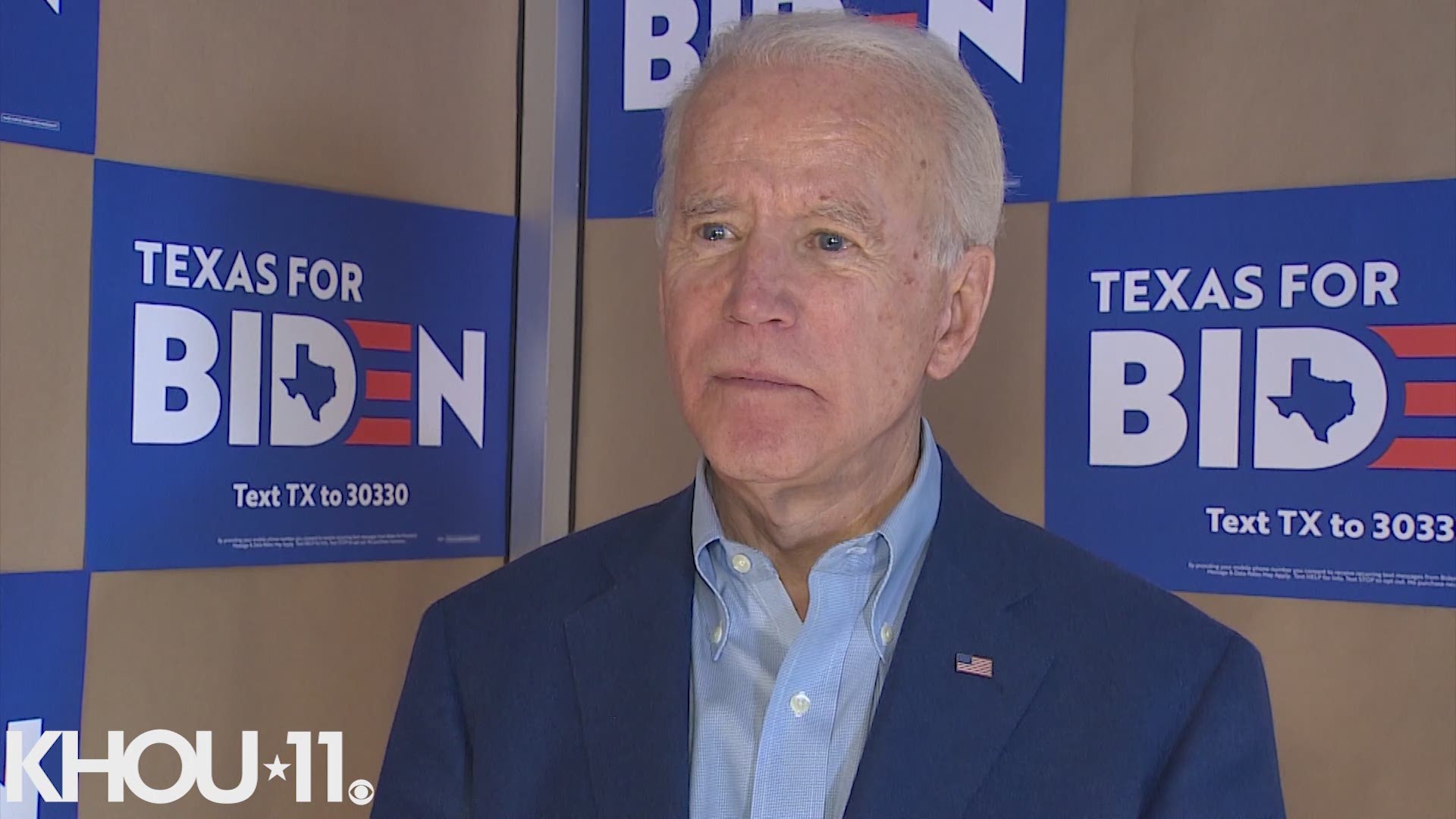 RELATED: Super Tuesday voting in Texas: What to bring, where to vote and what's on the ballot