Thousands of people were still waiting in line hours after the polls closed at 7 p.m. 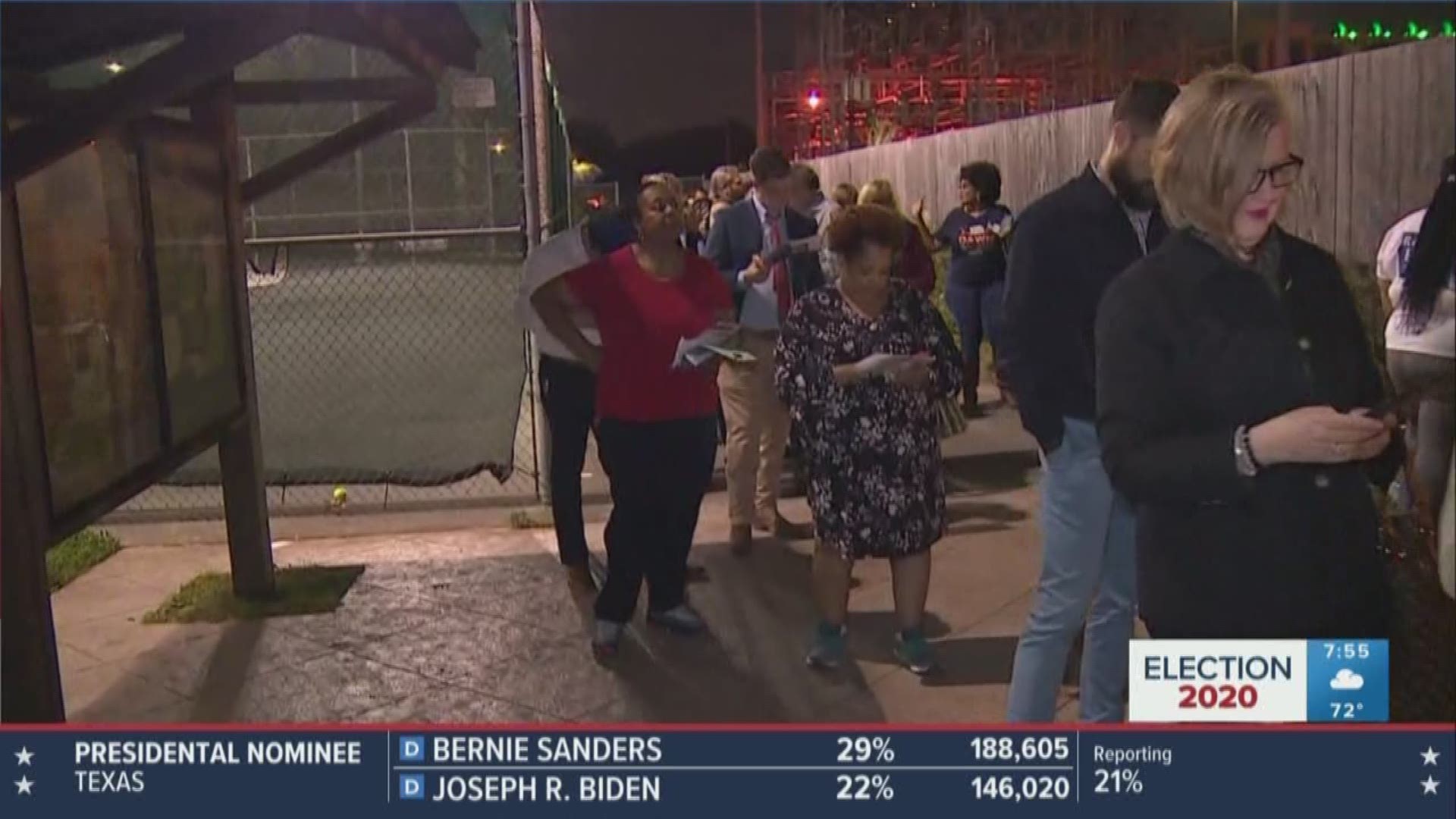 The polls were scheduled to close at 7 p.m. but anyone who was still in line at that time was still allowed to vote.

There were so many people still lined up at Texas Southern University at 7 p.m., that Harris County sent extra voting machines. The crowd cheered when they arrived. An election judge said they started Super Tuesday with only a dozen.

Harris County Clerk Diane Trautman said some of the machines at TSU actually went down and had to be replaced, which led to longer wait times.

"Some of those machines actually went down. You know, some of these are older machines, we’re talking about 20-year technology here, and I think they really got used hard today. So we did have to replace almost all the machines there, which we did," Trautman said.

At the West Gray Multiservice Center, the last voter cast their ballot around 10:40 p.m.

Some voters complained about the system that split voters by party.

At polling places where mostly Democrats voted, some machines on the Republican side sat empty and unused.

Trautman said the call to split voters based on parties was not her call.

"The only way to change this is to have a joint primary, and that would be just one line, there’s not a line for each party. There’s just one line and all the voters can use all the machines. That would really have expedited this whole thing," Trautman said. " My understanding is that the Democratic Party wanted the joint primary but the Republican Party did not. So the parties run the primaries, so we have to go with what they want."

Other reasons for the longer than usual lines: Many people didn't vote early because they hadn't made up their minds yet, and it was a very long ballot so lines moved slowly.