Sessions' tough stance on immigration, coupled with the perceived endorsement by the Tex-Mex restaurant, has resulted in a hailstorm of complaints and even death threats. 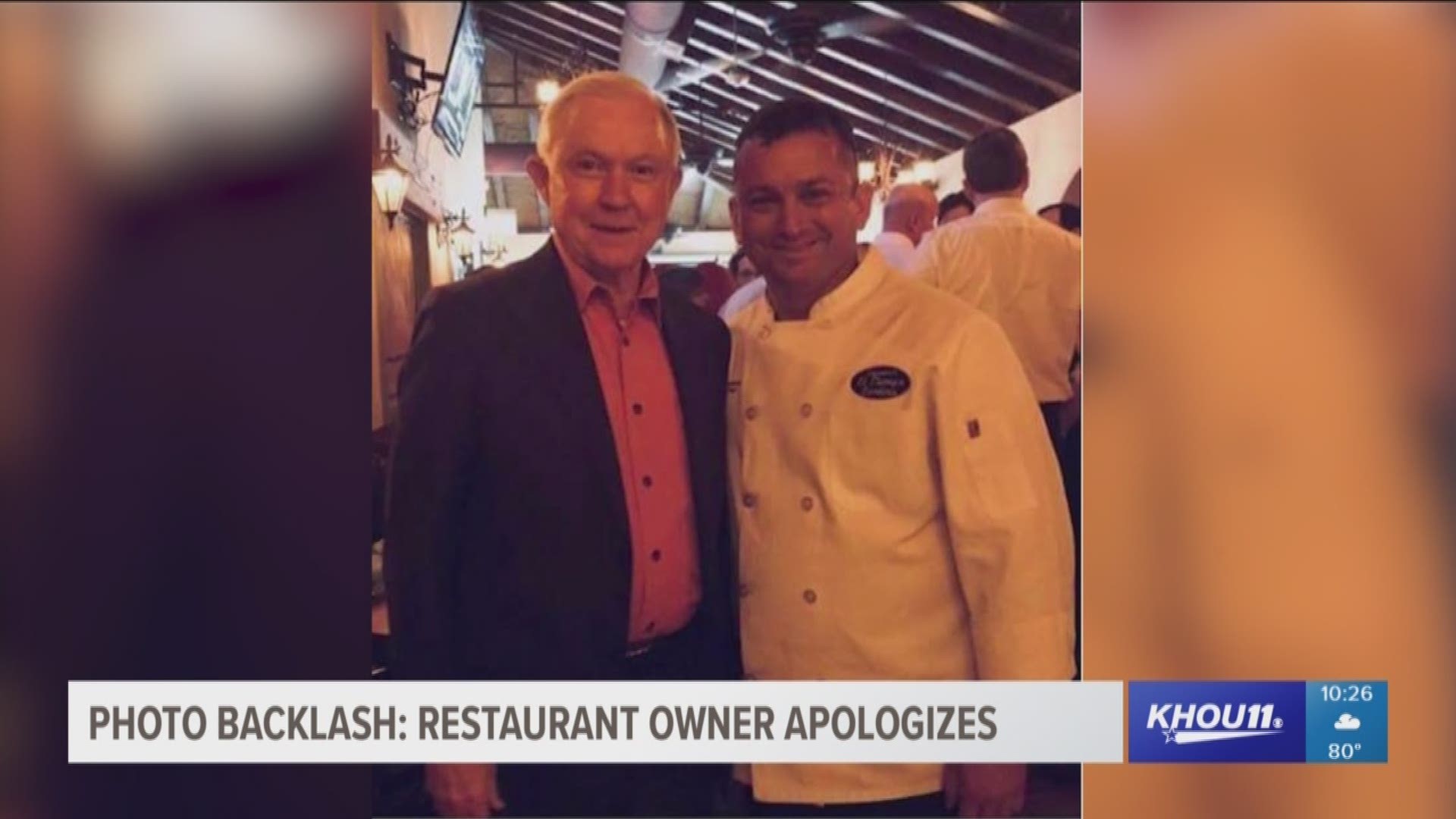 Sessions is pictured with El Tiempo restaurant co-owner Dominic Laurenzo during a recent visit to Houston.

Sessions' tough stance on immigration, coupled with the perceived endorsement by the Tex-Mex restaurant, has resulted in a hailstorm of complaints and even death threats.

Laurenzo's Restaurants president Roland Laurenzo says in no way does the social media post equate to an endorsement of Sessions' politics. He says the company feels quite the opposite.

Laurenzo says the photo was taken with his son Dominic at the El Tiempo restaurant on Navigation Boulevard after Sessions finished his dinner.

He says they discussed fajitas and Sessions was treated like any other guest -- with kindness and hospitality.

It wasn’t until later, when the photo was passed on to the company’s social media manager, that things took off.

Laurenzo says she wrote the caption on the post.

“In retrospect, it was a mistake because it angered so many people," Laurenzo said. "We have gotten so many complaints and comments. And threats, death threats. This has been extremely shocking to our family.”

Laurenzo says his company is not in favor of separating families and do no agree with Sessions' views on gay rights.

Laurenzo says he's hopeful customers will see what the family has represented for Hispanic Houstonians for decades.