There's a lot of competition, but Bush received a huge endorsement on Monday. 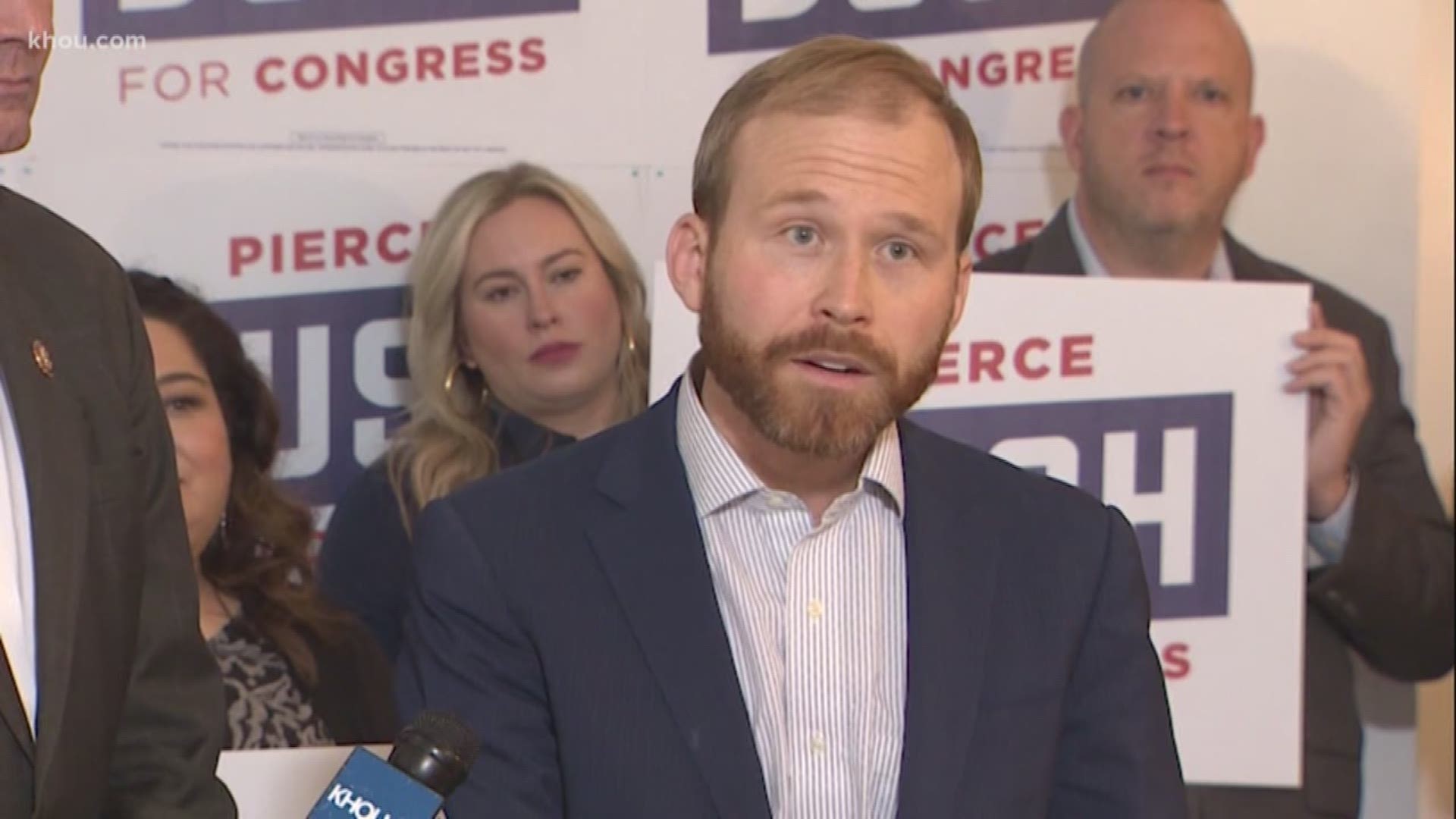 FORT BEND COUNTY, Texas — Pierce Bush is facing more than a dozen other Republicans in the upcoming primary for Congressional District 22, but he's hoping Monday's endorsement will give him an edge.

Olson says he's backing Bush because he thinks he can win.

“This is a community I know well,” Bush said. “I've had the honor of serving the entire district, not just a portion, and it’s a district that represents what’s best about this entire country."

Bush hopes to serve a huge district that stretches from Fort Bend County to southeast Harris County. It was once considered Republican territory, but now many say it’s up for grabs. Perhaps, going from red to blue.

"I would say that Fort Bend, if not already blue, is clearly more competitive than it’s ever been," KHOU political analyst Bob Stein said.

Stein said the endorsement by Olson is huge for Bush and could give him the edge. That, plus his familiar last name.

Of course, all of the other Republicans and Democrats running for this seat will have a lot to say about that in the coming days and weeks, in what many consider one of the tightest congressional races in Texas.

RELATED: Marianne Williamson lays off all her 2020 presidential campaign staff