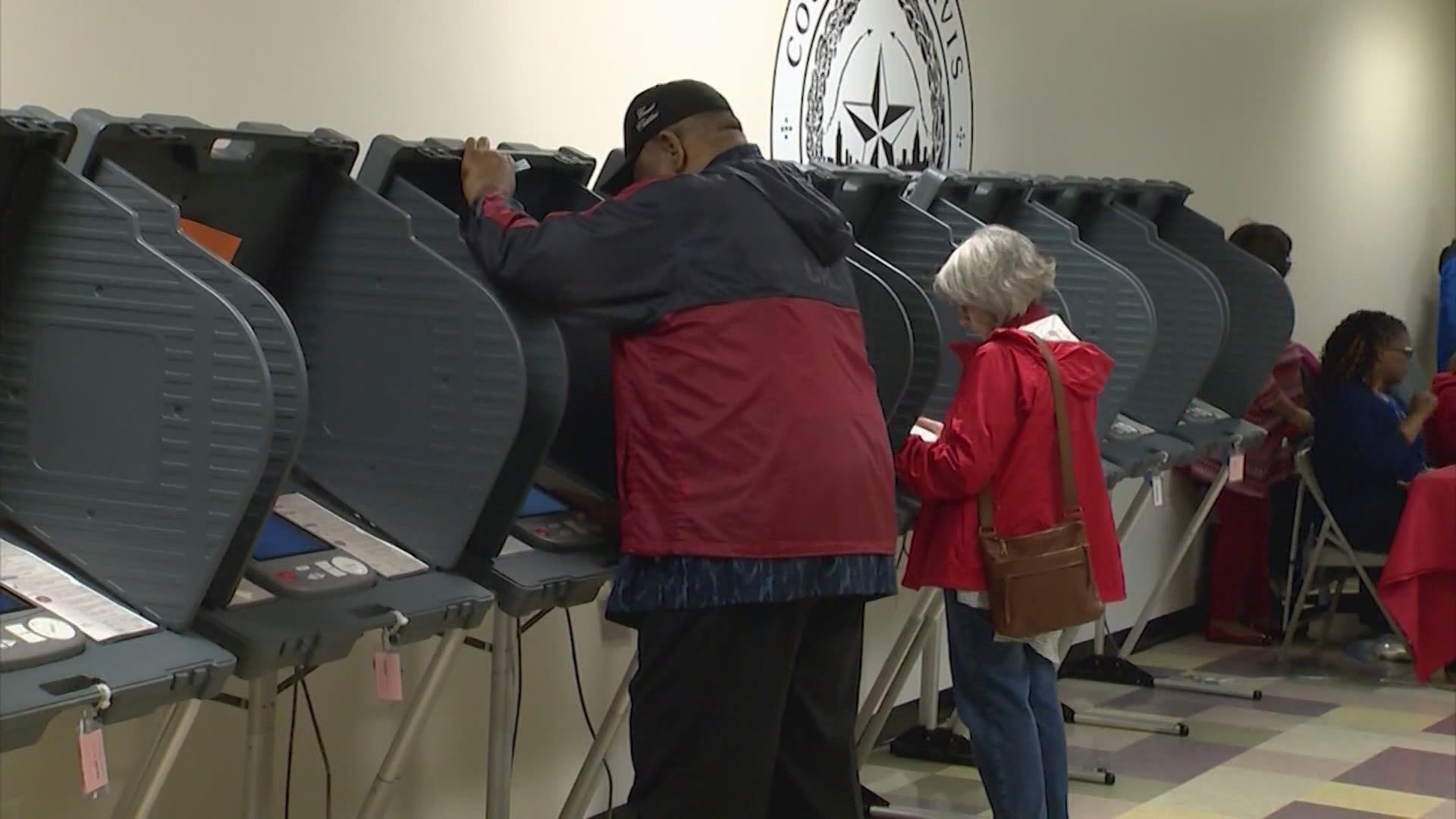 THE TEXAS TRIBUNE – With Texas Republicans poised to sign off on a sweeping voting bill, President Joe Biden said Saturday that legislation like Senate Bill 7 that restricts voting access is “un-American.”

“Today, Texas legislators put forth a bill that joins Georgia and Florida in advancing a state law that attacks the sacred right to vote, ” Biden said in a statement to The Texas Tribune. “It’s part of an assault on democracy that we’ve seen far too often this year — and often disproportionately targeting Black and Brown Americans.”

SB 7, the Texas GOP’s priority voting bill, would limit early voting hours, curtail local voting options and further clamp down on mail-in voting, among several other provisions. Biden’s denouncement of the bill came just as a draft of the final version began circulating at the Texas Capitol. The House and Senate are expected to take final votes on the bill in the next day and send it to Gov. Greg Abbott for his signature before it becomes law.

“It’s wrong and un-American,” Biden said. “In the 21st century, we should be making it easier, not harder, for every eligible voter to vote.”

Texas Republicans began the 2021 legislative session staging a sweeping legislative campaign to pass new voting restrictions, proposing significant changes to nearly the entire voting process and taking particular aim at local efforts to make voting easier. It was formally touched off by Abbott, when he named “election integrity” one of his emergency items for the legislative session despite no evidence of widespread voter fraud. Lt. Gov. Dan Patrick also named “election and ballot security” one of his priorities.

SB 7 ultimately emerged as the main vehicle through which state lawmakers, like Republicans across the country, would further restrict how and when voters cast ballots following the 2020 election.

“Overall, this bill is designed to address areas throughout the process where bad actors can take advantage, so Texans can feel confident that their elections are fair, honest and open,” Republican state Sen. Bryan Hughes said while presenting the bill to the Senate earlier this year.

While Republicans have tried to frame the legislation as one that standardizes voting rules across the state, substantial portions of SB 7 were written to specifically outlaw voting initiatives carried out last fall in largely Democratic Harris County, the state’s largest county where voters of color make up a high share of the electorate.

That includes drive-thru voting to allow people to vote from their cars, extended early voting hours after the usual 7 p.m. cutoff and a day of 24 hours of uninterrupted early voting to reach shift workers who have trouble casting ballots during regular hours. Both initiatives — which proved particularly successful in reaching voters of color — would be banned under SB 7.

SB 7 also sets new windows for early voting — generally from 6 a.m. to 9 p.m. — that would also slightly shorten the extra hours other large counties offered in the last election.

The legislation has been condemned by advocates for voters with disabilities, voter advocacy groups and civil rights organizations with histories of fighting laws that could harm voters of color. Throughout the legislative session, they’ve repeatedly warned lawmakers that SB 7 would raise new barriers to the ballot for marginalized voters, including voters of color and voters with disabilities, and that it likely violates federal safeguards for those voters.

The final version of the bill was negotiated behind closed doors over the last week after the Senate and the House passed significantly different versions of the legislation.

“It is fitting that the final push to get anti-voter Senate Bill 7 to the Governor’s desk would take place behind closed doors, hidden from public scrutiny,” MOVE Texas communications director Charlie Bonner said Saturday. “This bill does nothing to improve the security of our elections — it only makes our democracy weaker by limiting access for young, disabled, Black and Brown Texans.”

SB 7 also clamps down on voting by mail, making it a state jail felony for local officials to distribute applications to request mail-in ballots to voters who didn’t ask for them. This ban was also a response to Harris County’s failed attempt to send applications to all 2.4 million registered voters last year, even though other Texas counties sent applications to voters 65 and older without controversy. Although those voters automatically qualify to vote by mail, SB 7 bans counties from proactively mailing unrequested applications to them in the future. Political parties can still send unsolicited applications, as both Republicans and Democrats often do before elections.

On Saturday, Biden also cited the imminent passage of SB 7 to a call on Congress to act on federal voting legislation that would significantly reform elections and another measure that would bring back federal oversight of state changes to voting law.

Until 2013, Texas was among the states under federal supervision of its election and voting laws to ensure they did not hamper the voting rights of people of color. Federal courts repeatedly found that Texas lawmakers discriminated against voters of color in their political mapmaking and in writing up new voting requirements, including the state’s original voter ID law in 2011.

Thousands of Austin Energy customers still without power; some could be without through Sunday