Potential immigrant youth holding facility on its way to Houston

Southwest Key, the government contractor already running several other immigrant holding facilities in Texas, has petitioned the state for a license to care for up to 240 children. The building on Emancipation Avenue was used to house evacuees during Hurricane Harvey. 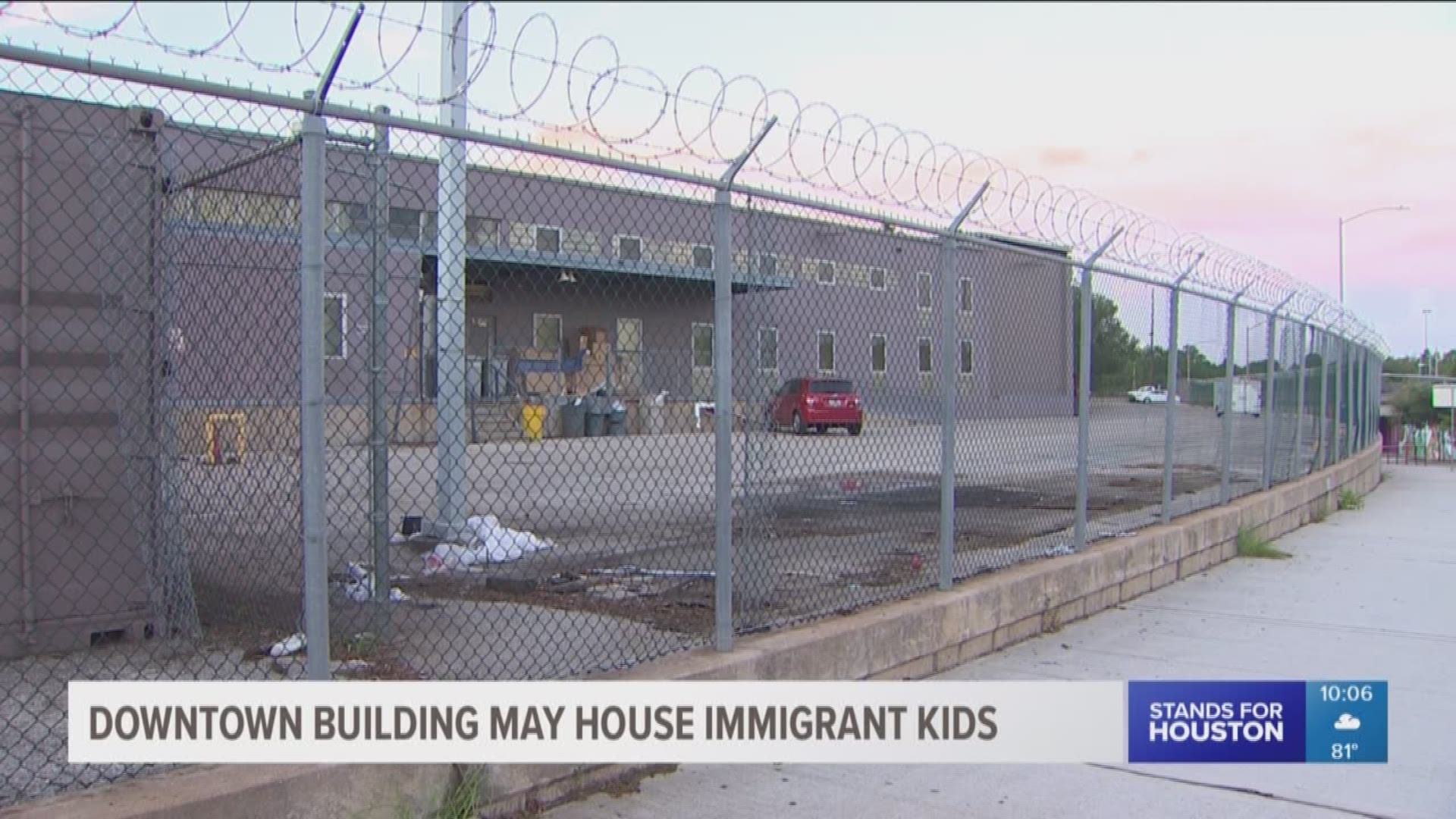 HOUSTON – More than 200 undocumented immigrant children could soon be transferred to a former homeless shelter just outside of downtown Houston.

KHOU 11 has confirmed the government contractor hired to find shelters for the thousands of kids signed a lease with the former Star of Hope Mission building located at 419 Emancipation Avenue near BBVA Stadium east of downtown.

The Houston developer who owns the building also owns several other commercial properties in the area, however, none of them could be considered orphanages.

Southwest Key, the government contractor, has petitioned the state for a license to care for up to 240 children.

The building on Emancipation Avenue was used to house evacuees during Hurricane Harvey.

Mayor Sylvester Turner says he just learned about the property owner’s plan and says the city of Houston cannot support it.

“Pull away from the political divisiveness,” said Mayor Turner. “Focus on these children. These are kids. These are children, through no fault of their own. The answer cannot be that if you come here, and if you come here to find another place than your country, it’s OK to strip the kids away and put them in detention.”

Turner says he spoke with the Houston developer who owns the property on Saturday to persuade him to reconsider his decision to lease to Southwest Key.

Turner said the news is surprising because the city was currently in lease negotiations with the owner of the property to be used as a homeless facility.

Southwest Key has been invited to meet in Houston, Turner said, adding he is currently working on a plan to address the potential immigrant-youth holding facility. He said he hopes to hold a press conference about it next week.

KHOU 11 reached out to the property owner to get his side, but we have not heard back.

Representatives for U.S. Sen. Ted Cruz said he was not available for comment on the subject, before or after his charity basketball event Saturday at Texas Southern University with late night talk show host Jimmy Kimmel.

Kimmel spoke with KHOU 11 about the issue prior to his game with Cruz.