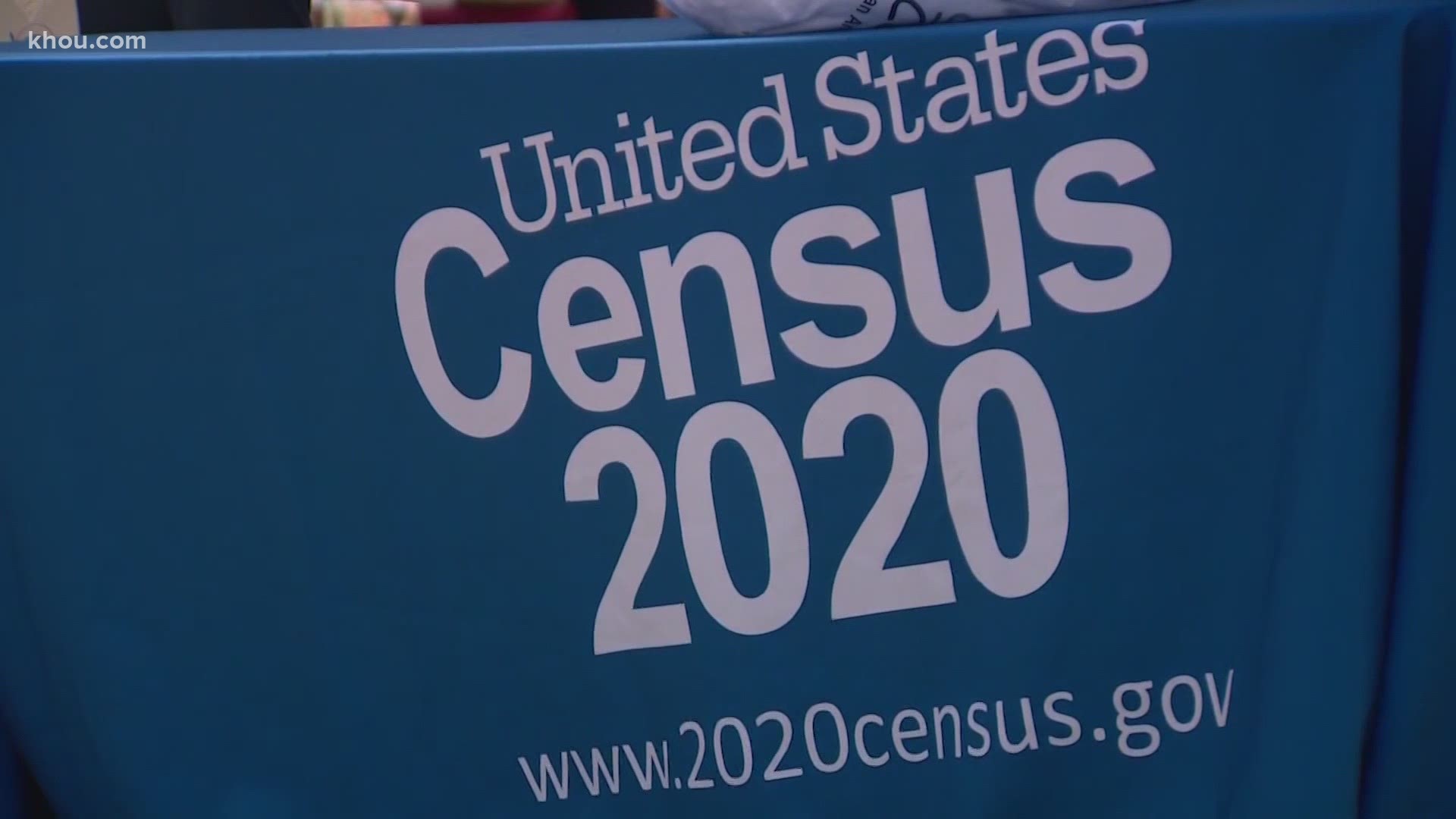 HOUSTON — When it comes to filling out the 2020 Census, we’re now down to the final hours. The U.S. Supreme Court ruled Tuesday the Trump Administration can stop counting people today.

So far, about 62 percent of Texas has been counted through self-reporting, with Fort Bend County showing the highest participation rate so far, at just over 75 percent.

“It is a moment of desperation,” said U.S. Rep. Sheila Jackson Lee during a press conference this morning. “We just want your household to be counted.”

Jackson Lee teamed with politicians, pastors and community organizers to try one last time to make the message stick: Complete your 2020 Census.

“The Census is important. Life and death depends on it,” said Rev. Keith Somerville, of Riverside United Methodist Church.

Every 10 years, the U.S. government attempts to count every single person living in America. That headcount determines how much federal money states, counties and cities get.

That’s money for drainage repairs that can prevent flooding. It’s money for afterschool programs, funding to fix bad roads and to fuel hospitals and clinics. In this pandemic, the 2010 Census was used to dish out COVID-19 testing and CARES Act emergency money.

“The only way that you’re going to get your fair share (is) if you have those numbers counted,” said Houston City Councilman Robert Gallegos. “Your residents (need to be) counted. That’s why it’s so important. That’s $1.5 billion each year for 10 years.”

On the line is a lot of money and power.

“What are they afraid of,” asked Gallegos. “That they are going to lose power?Is that the bottom line?”

The census count was supposed to end Oct. 31. That added time would’ve allow for a more accurate count. But that would mean President Donald Trump would receive the first set of census results after Dec. 31 deadline -- which still could be extended if Congress approved.

The Trump Administration is trying to remove undocumented immigrants from being counted. In fact, that case will be presented to the U.S. Supreme Court tomorrow. If that happens, that would shift the Census numbers which affect each state’s share of seats in the U.S. House of Representatives. And the adjusted headcount would affect how many electoral college votes each state gets in a U.S. Presidential election.

Who’s counted today will affect the next 10 years. So you have three options. You can fill out the 2020 Census which was mailed to you. Just make sure you get it to the post office today. You can phone in your information or you can fill it out online at www.My2020Census.gov.

The U.S. Census Bureau will count all information received tonight by 11:59 p.m. Hawaii time, which is 4:59 a.m. CST on Friday.