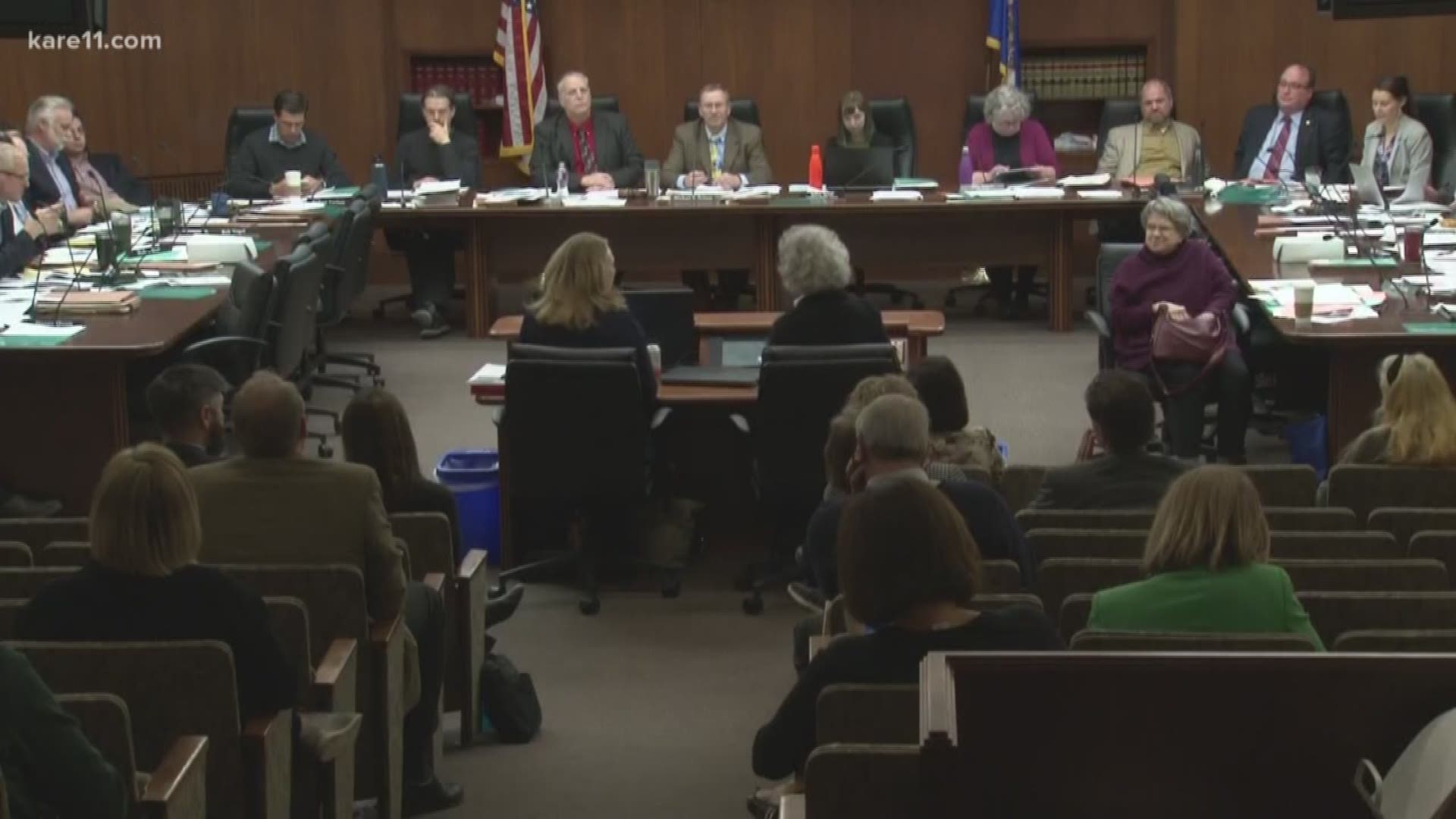 ST PAUL, Minn. — The Minnesota Chamber of Commerce is against it, and virtually all Republican lawmakers oppose the idea.

But paid family leave remains a priority for the House DFL Caucus at the State Capitol and Democrats are moving it through the committee process.

"Federal law is quite old and outdated. We do have unpaid leave for 12 weeks, which requires Minnesotans to forego an estimated $839 million in wages annually," Rep. Laurie Halverson of Eagan, the chief author of the bill, told members of the State Government Finances Committee Friday.

"There are two countries in the world that don’t have some type of paid family leave on the books. The United States is one, and Papua New Guinea is the other."

The bill would create an insurance fund similar to Unemployment Insurance, with employees paying a premium equal to 0.65 percent of their pay. Employers would match that premium and be able to deduct 50 percent of their contributions from taxes.

That would create a fund to pay for up to 12 weeks of paid family or medical leave, ranging from $200 to $1,000 per week depending on the individual's pay.

The fiscal notes prepared by the state's nonpartisan budget staff predicted it would cost more than $400 million to set up the system, with an ongoing annual cost of $840 million once it's fully operational in 2023. That includes the cost of hiring a projected 350 new state employees to run the system.

She cited studies showing that about half of those who use paid leave benefits use them for personal medical crises, while others use to spend more time with their newborn babies.

Opponents say that very same workforce shortage makes it difficult to replace workers who are on leave.

"I can’t go out and hire a commercial lender for 12 or 24 weeks," said Rep. Bob Vogel, a Republican who heads the New Market Bank and employs 30 people.

"They’re not going to come because there’s no job stability, so we try to work around that in a small company."

Others worried any new mandate will be too much of a burden. They say small businesses need more flexibility to deal with their staffs.

"There are a lot of things that small businesses do to accommodate their employees if they’re not mandated by government to do it," Rep. Debra Keil, a Crookston Republican, told Halverson.

But there are small employers who want to offer paid leave, but want the option of pooling with other companies, according to Halverson.

"This helps to level the playing field and make our small employers competitive and helps spread the risk so that they’re not putting their personal financial situations or their business finances at risk if an employee slips and falls on the ice."

Republican Jim Nash said it would be a burden on cash-strapped local school districts. He pointed out the Waconia School Board voted to eliminate the school resource officer position next year due to budget cuts.

Halvorsen said schools are also competing for employees and many already have a full set of employee benefits that have been negotiated with unions over the years.

The bill passed the State Government Finances committee and has several more committee stops in the House. It faces an uphill battle the GOP-controlled Minnesota Senate.