The truck is apparently making the rounds in Texas and has already been spotted in Arlington and Dallas. 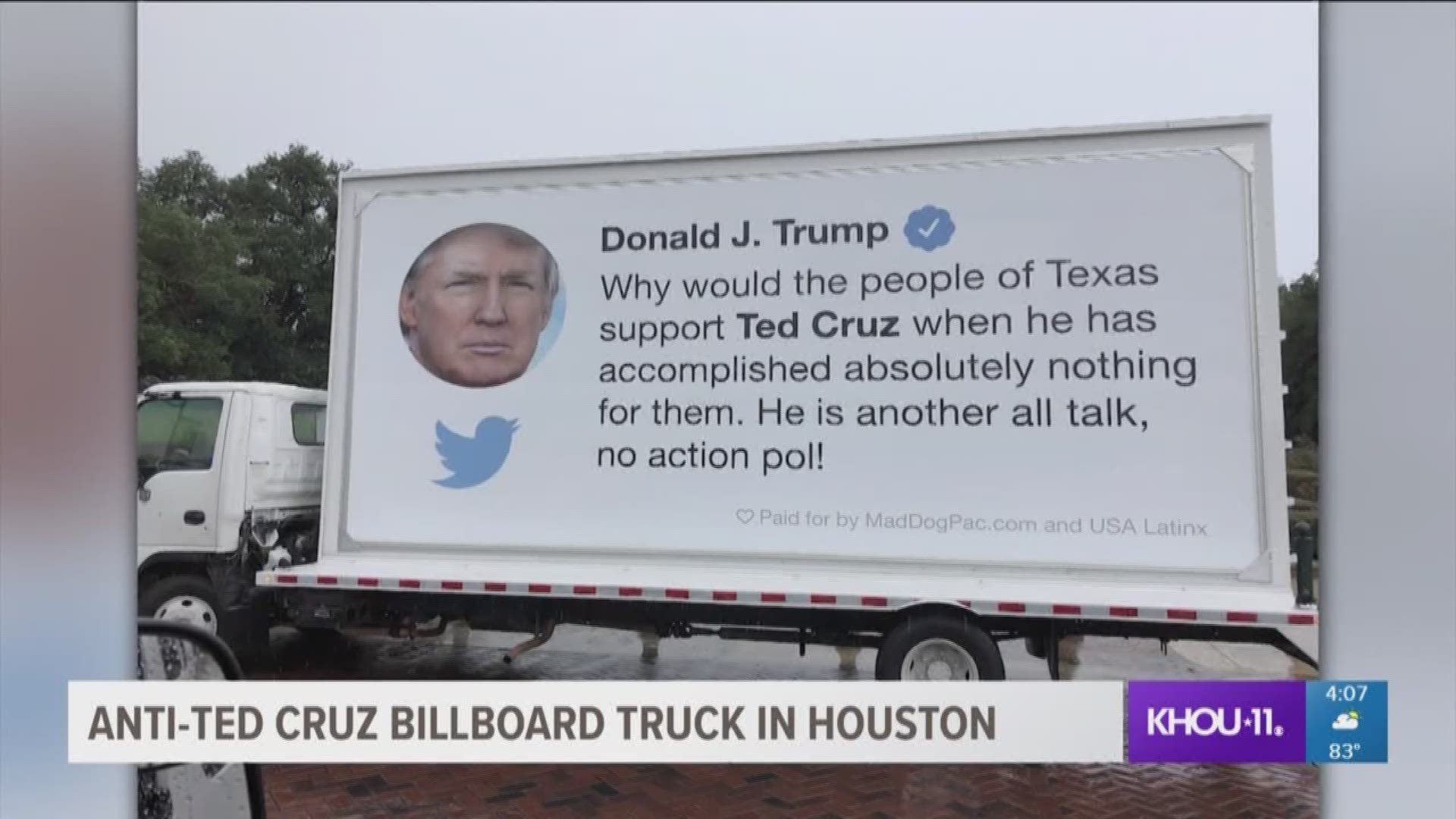 HOUSTON - A billboard truck with an old tweet from President Trump on it was spotted at Hermann Park Monday morning.

It reads 'Why would the people of Texas support Ted Cruz when he has accomplished absolutely nothing for them."

The truck is an advertisement purchased with funds raised by Antonio Arellano, a Houston-based activist and Latino community organizer and David Hogg, a Parkland High School Shooting survivor.

It is apparently making the rounds in Texas and has already been spotted in Arlington and Dallas.

Arellano is also planning on putting the tweet on a billboard in front of the "biggest stadium we can find," which is an obvious nod to Trump's recent comments in support of Cruz.