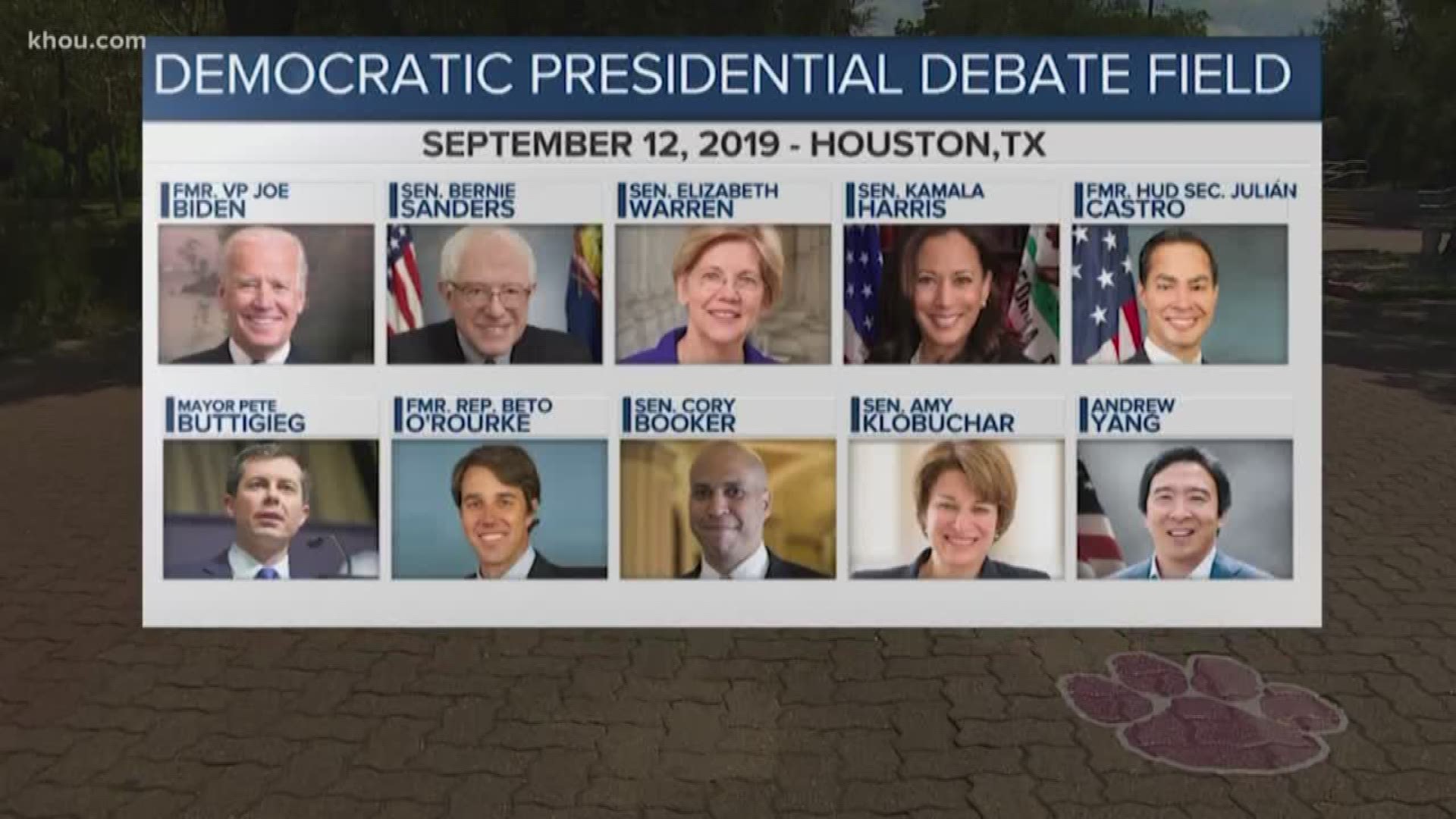 “I think it is a big deal," said student Nora Rodriguez.  "It’s like good publicity for the college and more exposure."

"It’s certainly a big endeavor," said TSU spokesperson Steve Scheffler.  "It’s one of the biggest events that the university has hosted.”

"The idea that as much as 25 to 30 percent of the Democratic primary vote in Texas, on Super Tuesday, March 7th, will be African American, probably explains why TSU has been getting a lot of attention,” said Stein.

Several of the Democratic candidates have also promised billions of additional dollars for historically-black colleges and universities.

“I am a senior here and a political science major,” said student Alexandria Barnaba.

She said debate fever has already prompted things like a voter registration drive we spotted while on campus.

"It’s going to encourage a lot of people, not only at Texas Southern to vote, but in the Third Ward community as a whole," said Barnaba.  "It’s going to get everybody involved, which I’m really excited about.”

The debate is not expected to provide a major economic boost.

However, it’s difficult to put a price on all of the attention.

About 1,000 tickets were made available to students, faculty and staff.

We're told they were all reserved within about 20 minutes.

Traditionally, party donors and campaigns get the bulk of other tickets.

No more are available for the general public.

But there is a watch party at TSU's Granville Sawyer Auditorium.

Statement attributable to Bob Harvey, President and CEO of the Greater Houston Partnership

“Whenever Houston is in the national spotlight as the host of a major event, it’s a great opportunity for organizations like ours to showcase what makes Houston unique.

Texas Southern University hosting the third Democratic presidential primary debate here in Houston will focus national attention on the city for several days in much the same way the Republican presidential debate did back in 2016. These events put Houston top of mind among people across the country—including the companies and talented individuals we’re working to recruit to Houston.

This debate puts a spotlight on Houston, not only as the most diverse city in the country, but also as a city addressing the critical issues of our time – from public education to infrastructure, to climate change. They will see a city redefining its role as the Energy Capital of the World to include renewables, carbon capture, and sustainability.”