"Her conduct was beneath the dignity of the House," tweeted Rep. Matt Gaetz of Florida late Wednesday. 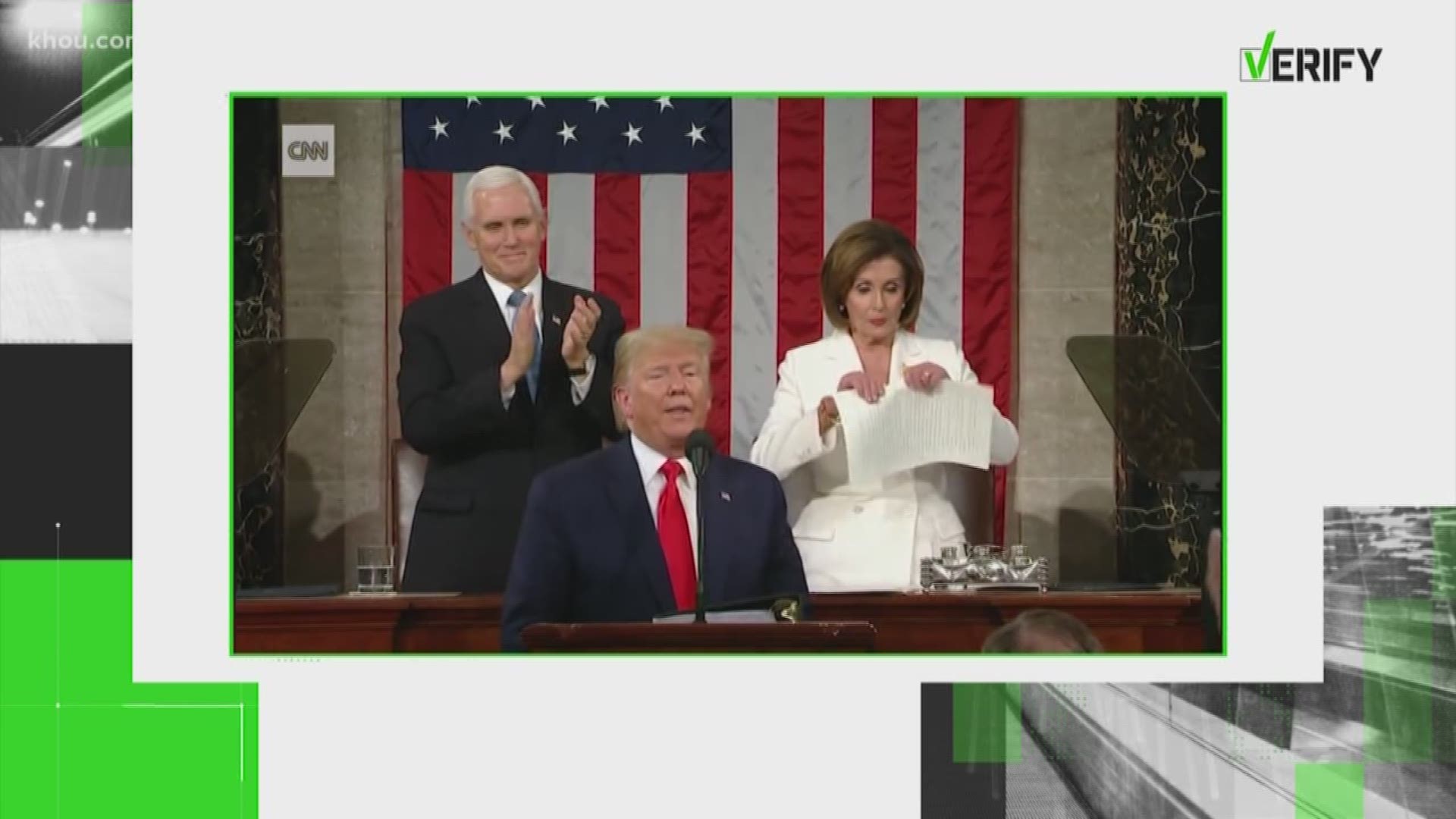 In the halls of Congress afterward, Pelosi told reporters she ripped up the copy "because it was a manifesto of mistruths."

Then, some began questioning the legality of ripping up the speech.

Rep. Matt Gaetz (R-FL) filed an ethics complaint against Pelosi. The Floridian congressman said Pelosi's "conduct was beneath the dignity of the House, and a potential violation of law (18 USC 2071)."

Echoing Pelosi's own words about the president, Gaetz said, "nobody is above the law. She must be held accountable."

RELATED: Nancy Pelosi rips up 'manifesto of mistruths' Trump speech after State of the Union

RELATED: President Trump delivered State of the Union on eve of impeachment verdict

The federal law Gaetz references pertains to the protection of government property and the protection of public records and documents. The law says three types of conduct are prohibited under this law: "concealment, removal, mutilation, obliteration or destruction of records; any attempt to commit these prescribed acts; and carrying away any record with the intent to conceal, remove, mutilate or destroy."

However, the law also notes that "the mere photocopying of these records does not violate 18 USC 2071."

What Pelosi ripped up is a copy of Trump's speech, not the original. The same copies were also provided to Vice President Mike Pence, members of Congress and to the media.

The speech submitted to the National Archives is the original and is prohibited from being destroyed. The copies of the speech can be kept or discarded.

Think of other original, official federal records like original copies of the Bill of Rights or even the Constitution. It's illegal to damage or destroy those archived originals, but copies of the documents can be ripped, shredded, destroyed, burned, turned into birdcage lining, etc. -- all without consequence.

While Pelosi's actions are up for ethical debate, her ripping up a copy of the State of the Union speech was not illegal.