Five million bracelets bearing the names of service members captured or missing in combat in Vietnam were sold in the 1970s. Some bore John McCain's name, who spent five and a half years as a prisoner of war. 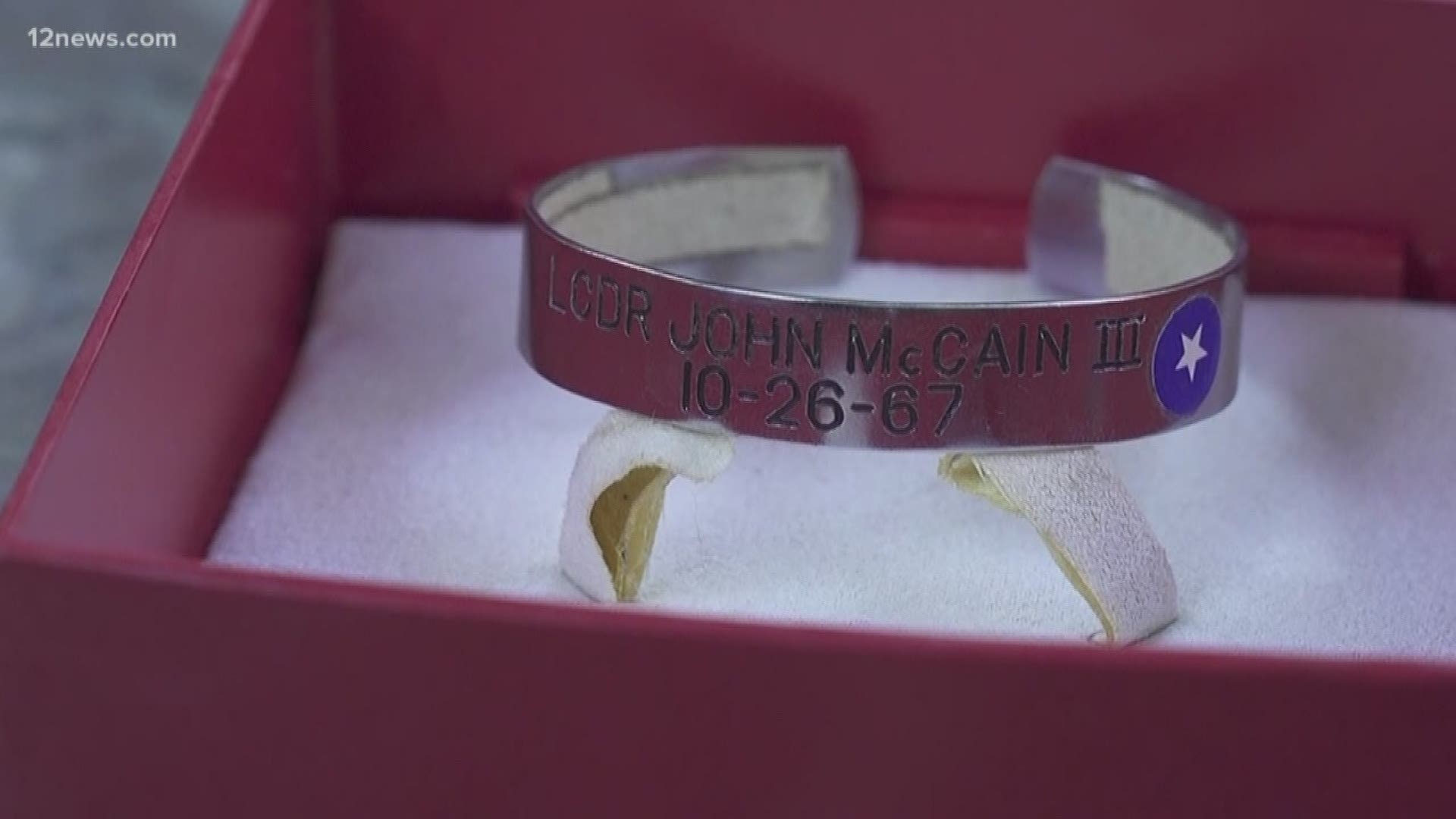 During the Vietnam War in the early 1970s, people across the country wore bracelets bearing the names of prisoners of war.

Five million bracelets were sold to draw attention to service members captured or missing during combat. It was something of a cultural movement for the baby boomer generation.

Some are nickle plated, others are made of copper, but all were made to draw attention.

Now, those who received John McCain bracelets years ago are realizing the significance of their memento.

She still has that bracelet decades later. It shows his name, rank and date he was captured.

"And I remember wearing a John McCain bracelet for a couple years back in those days when John McCain was still a POW," said Bob Dole.

These simple mementos made an impact on the consciousness of a nation fatigued by war.

Sue London said the bracelet stayed on her wrist until she graduated from high school, before she packed it away.

"Then about 10 years ago, I found it and saw the name," London said, "and was shocked."

"And so many people at the time had them. Almost everyone in my high school, wearing one and comparing stories," she said. "It was a big thing back then."

London posted a photo of her bracelet on Twitter, prompting thousands of reactions and comments.

In the early 70's I started wearing a POW\MIA bracelet. Randomly, "my soldier" was John McCain. In 1973 I watched him on TV, walking off the plane, after 5 years of captivity, into his family circle of hugs. @SenJohnMcCain Thank you, sir, for your courage and integrity. pic.twitter.com/LVPNNLQhcq

"And I think right up until the end he has imparted us with this courage," she said.

A memory and a memento that unites strangers across time and distance. A testament to the man who was John McCain.

RELATED: McCain's Arizona: A connection that goes beyond politics

"You know when I saw it years ago when I pulled it out of the box, I thought it was pretty cool," said London. "I just kind of followed him a little bit more closely. I didn't always agree with his views, but it didn't make him any less of a hero."

She says you can tell the love people have for McCain when they talk about their experiences and memories.

"It's been really heartwarming," London said.

McCain himself wore a similar bracelet, bearing Matthew Stanley's name. Stanley was killed in combat near Baghdad in 2006.