Neither Lupe Valdez nor Andrew White enjoy the name recognition Texas Gov. Greg Abbott does, or his more than $40 million campaign war chest. 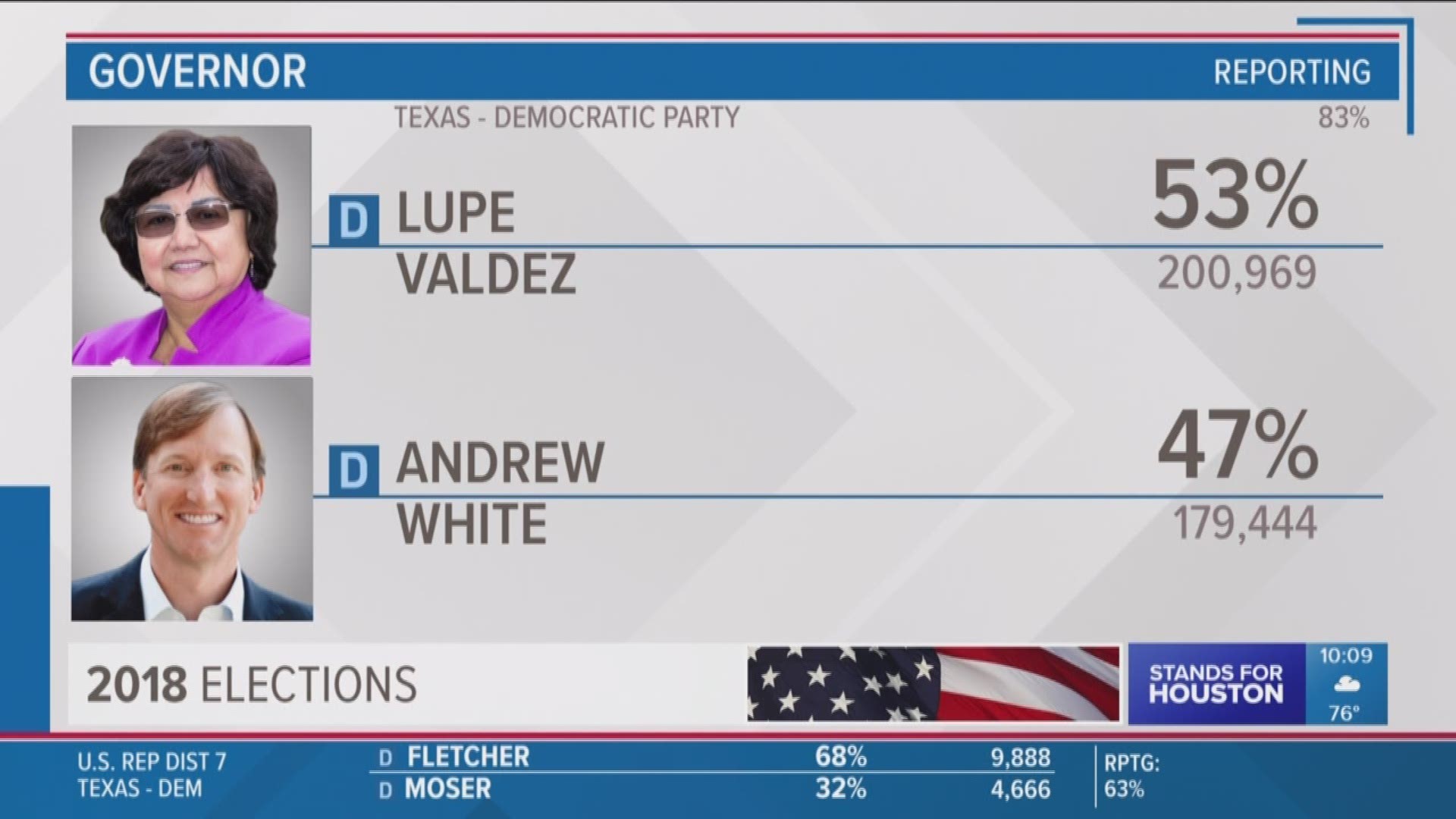 "Tonight, Texas proved that no matter who you are, where you are from, or who you love - in this state, you've got a fighting chance," Valdez wrote in a statement. "Tonight is a victory for all of us who are fighting for a stronger and fairer Texas. A tolerant and diverse Texas. A Texas where the everyday person has a voice and a fair shot - just as I had. Together, we'll make that a reality. I am proud to be the candidate of the everyday Texan and I will NEVER stop fighting for you."

She defeated Andrew White, the son of a former governor who pitched himself as a moderate Democrat in deep-red Texas.

The runoff generated little enthusiasm among Democrats. Valdez has struggled to raise money and fumbled some questions on policy. Party activists have also attacked her for cooperating with federal immigration agents as sheriff.

The son of a governor, Andrew White long avoided politics. Then a health crisis, his dad's death and a hurricane changed his mind.

A trailblazer in Dallas, Lupe Valdez strives to prove herself on a statewide stage