'I am very, very concerned' | Overwhelmed with Texas patients, Louisiana abortion clinic worried about future of their own state laws 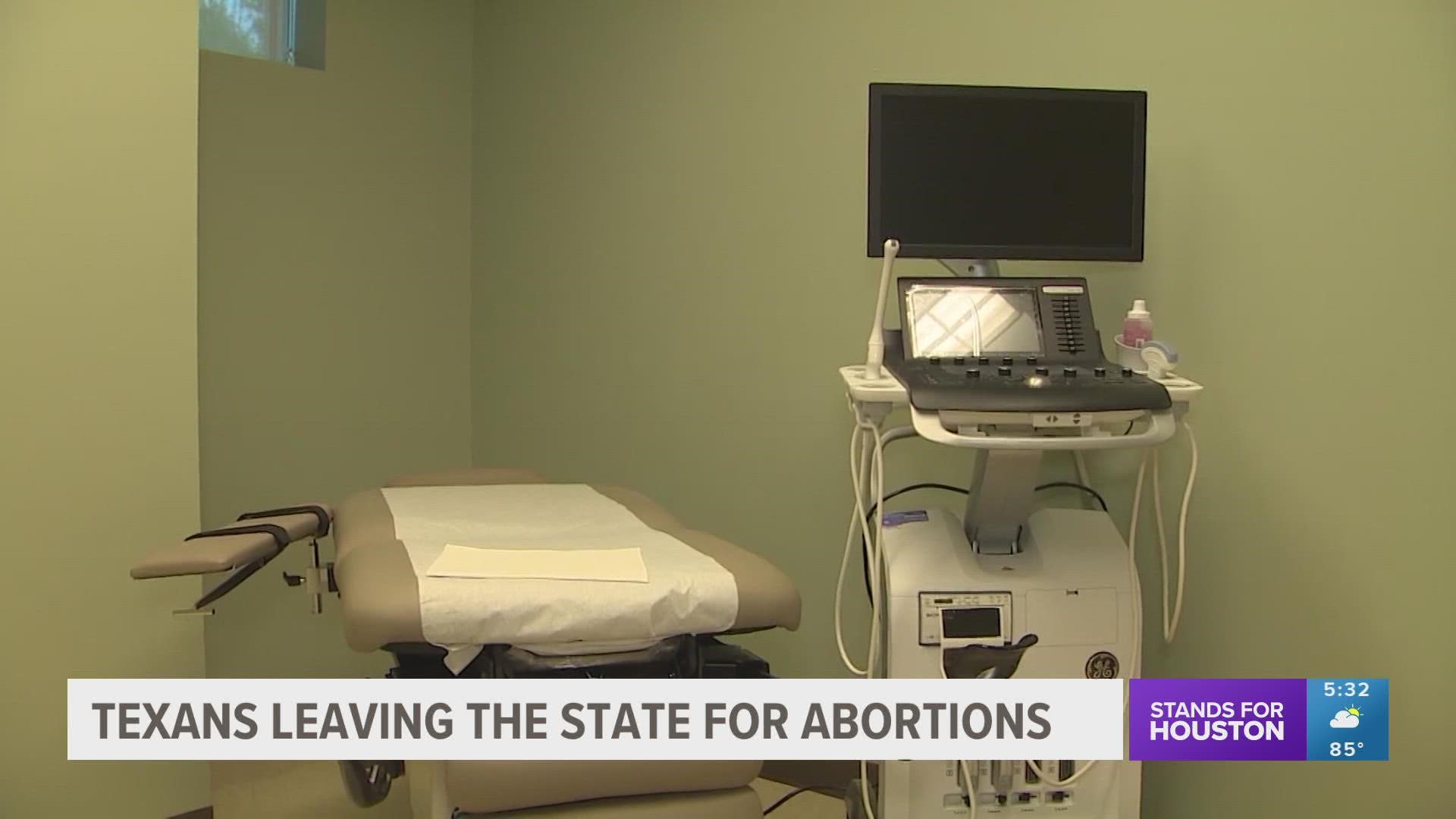 HOUSTON, Texas — A new Texas abortion law has been in effect for a month now, sending women across state lines in order to get the procedure where it is legal.

RELATED: 'They're literally begging to get in' | Texas abortion law pushing women across state lines for procedure

“Well, it has been crazy," Kathaleen Pittman said.

The month of September flew by for Kathaleen Pittman and the Hope Medical Clinic in Shreveport. The clinic has been clouded with chaos and an overflow of new patients.

“Of course, we’re being flooded with calls from women coming out of Texas," Pittman said. “We’re literally pushing them out several weeks.”

Texas women are driving to Louisiana to get a procedure they can no longer have in their home state.

“We’ve had them come from as far away as McAllen, Texas," Pittman said.

Abortions are now banned in Texas after about six weeks of gestation.

“We’ve gone from moving from about 18 to 20% of our patients coming to us from Texas to we’re over 50% at this point in time," Pittman said.

The procedure can’t be done on a simple day trip. The patient has to wait at least 24 hours after the first appointment to get the abortion which means they have to stay the night.

“Or we may be booked the next day, they can’t get in the very next day so they’re making two trips. That means arranging transportation, child care, time off for work or school," Pittman said.

All eyes are on Texas right now. Many across the country are condemning the law, and Saturday, thousands from D.C. came down to Houston and took to the streets to march against the new law.

Others are praising it. Texas Right to Life said the law saved 3,000 lives in its first month.

Some states are already looking to enact a similar bill to ban most abortions - states like Louisiana.

Pittman said she’s confident Louisiana lawmakers will try to do that the next chance they have.

“Our legislative session begins in March, and I can guarantee you that would be one of the first new restrictions proposed," Pittman said.

The law could put Texas women even further away from accessing abortion procedures.