Biden's campaign says the phrase came from a John Wayne movie and was meant to be a joke, but the student isn't laughing. 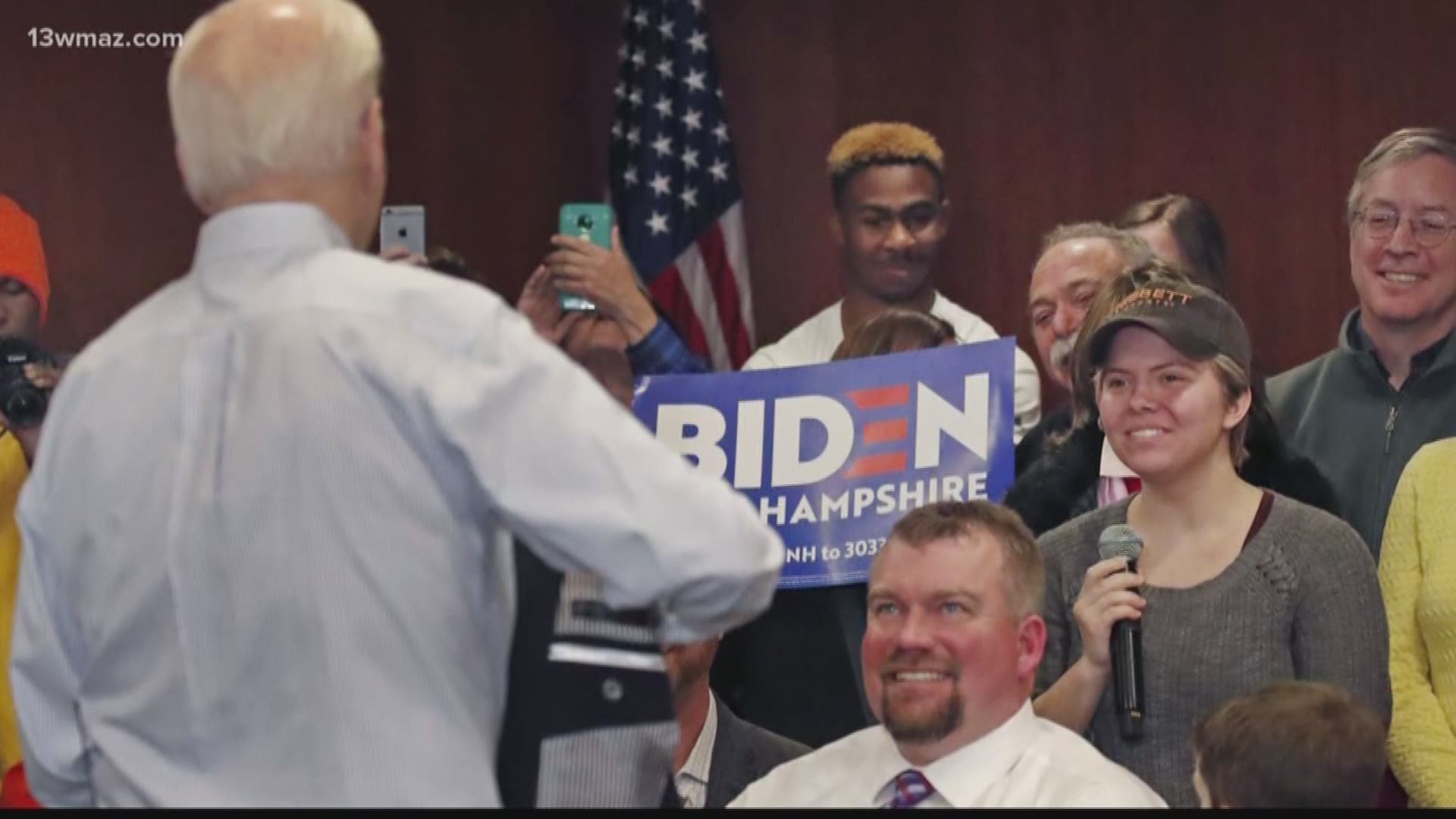 NEW HAMPSHIRE, USA — Democratic presidential candidate Joe Biden is receiving backlash Monday after a comment he made to a Mercer University student in New Hampshire over the weekend.

His campaign insists it was just a joke, but she’s not laughing.

Student Madison Moore told 13WMAZ she got up to ask the former Vice President a question about his electability following his fourth-place finish in Iowa. She warned him her question could seem harsh.

She asked, “You're arguably the candidate with the greatest advantage in this race. You've been the vice president; you weren't burdened down by the impeachment trials. So, how do you explain the performance in Iowa, and why should voters believe that you can win the national election?”

When he asked if she had been to a caucus before; she nodded yes.

Biden then called her a ‘lying dog-faced pony soldier’ and told her she needed to be honest. Then he continued, saying he has the black vote and endorsements, and said Iowa isn’t representative of the rest of the primary cycle. 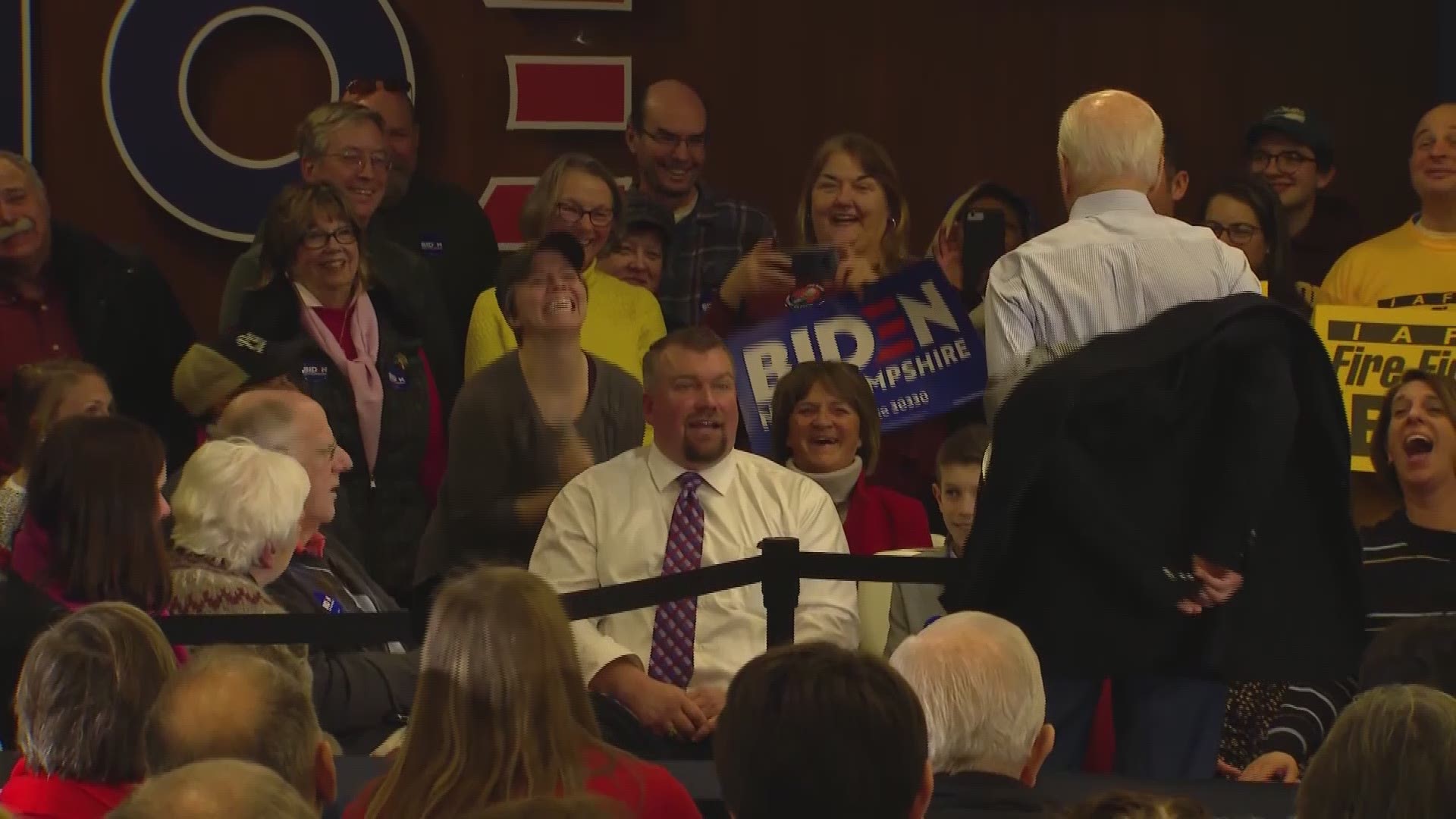 Moore says she knows elections are centered around momentum and that Biden’s campaign seems stagnant. She says she asked the question thinking it would give him a chance to shine.

“It was a little nerve-wracking...I left in tears because I was afraid the media would frame me as some liar, because the vice president kind of just called me a liar on national television, so I was nervous,” said Moore. “He really showed his true colors, and he’s getting his due attention for that.”

Biden says the line was from the 1953 John Wayne film 'Hondo,' but several online sources dispute its exact origin.

Regardless, Moore says, “Frankly I don’t care if it was a line from a movie. It was really insulting and here’s the essence…whether it’s a line from a movie or not, he legitimately called me a liar, and it was extremely hypocritical in my opinion because three minutes beforehand he was talking about how we need to not question the motives of people who don’t agree with us. We need to be looking for solutions, and working together, and then he calls me a liar, so I don’t care if it’s a line from a movie. If a Republican had called a woman a ‘dogface’ in any context there would be a nuclear meltdown, so I find this a little bit of a double standard.”

GPB reports Moore is in the junior year of her dual major in international affairs and economics. She was in New Hampshire as part of Mercer's "Presidential Primaries, The Media, and Communications" course. She calls herself an Andrew Yang supporter, saying he's consistent on the issues.

She concluded by telling 13WMAZ, “If he [Biden] can’t take a question, without bullying, from a nobody college student like me, he isn’t going to beat Trump or anyone else. I tried to be as respectful as possible when I framed the question.”

STAY ALERT | Download our FREE app now to receive breaking news and weather alerts. You can find the app on the Apple Store and Google Play.

STAY UPDATED | Click here to subscribe to our Midday Minute newsletter and receive the latest headlines and information in your inbox every day.

Have a news tip? Email news@13wmaz.com, or visit our Facebook page.