Comments were made at a conference on human rights in Virginia. 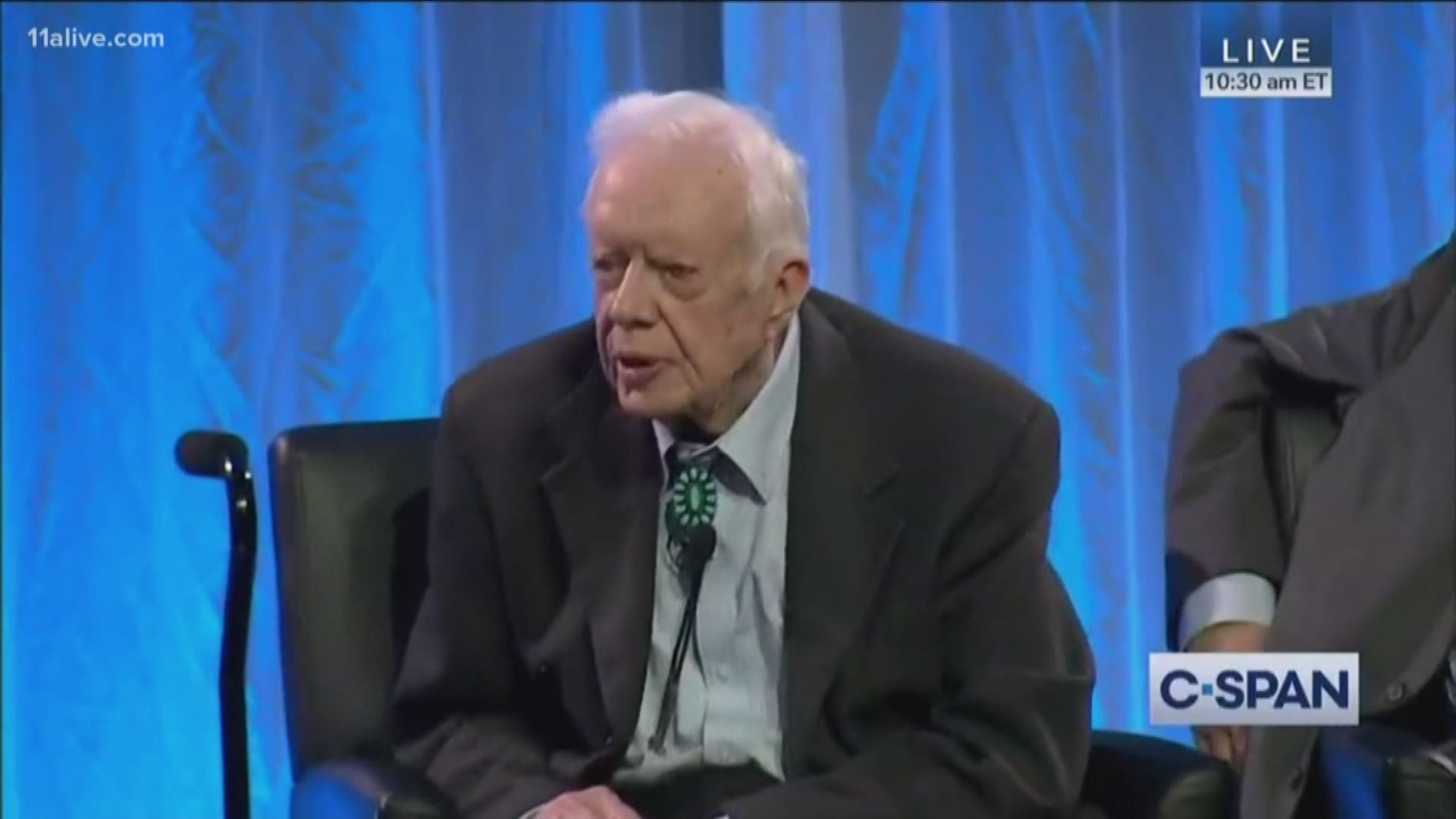 The comments came on stage during a conference on human rights in Virginia hosted by the Carter Center.

"He lost the election," Carter said. "And he was put into office because the Russians interfered on his behalf."

Carter, asked if that made Trump an illegitimate president, implied that it did.

“Based on what I said, which I can’t retract,” he answered.

The former president called on Trump to "condemn" the Russian interference in the 2016 election, and "admit that it happened."

"There's no doubt that the Russians did interfere in the election, and I think the interference, although not yet quantified, if fully investigated would show that Trump didn't actually win the election in 2016," Carter said in full.

Supreme Court to decide on Trump bid to end DACA