It's legal to cross the border and seek asylum in the US, advocates say

Migrant families keep arriving at the U.S. border seeking asylum and a Phoenix church is stepping up to help. 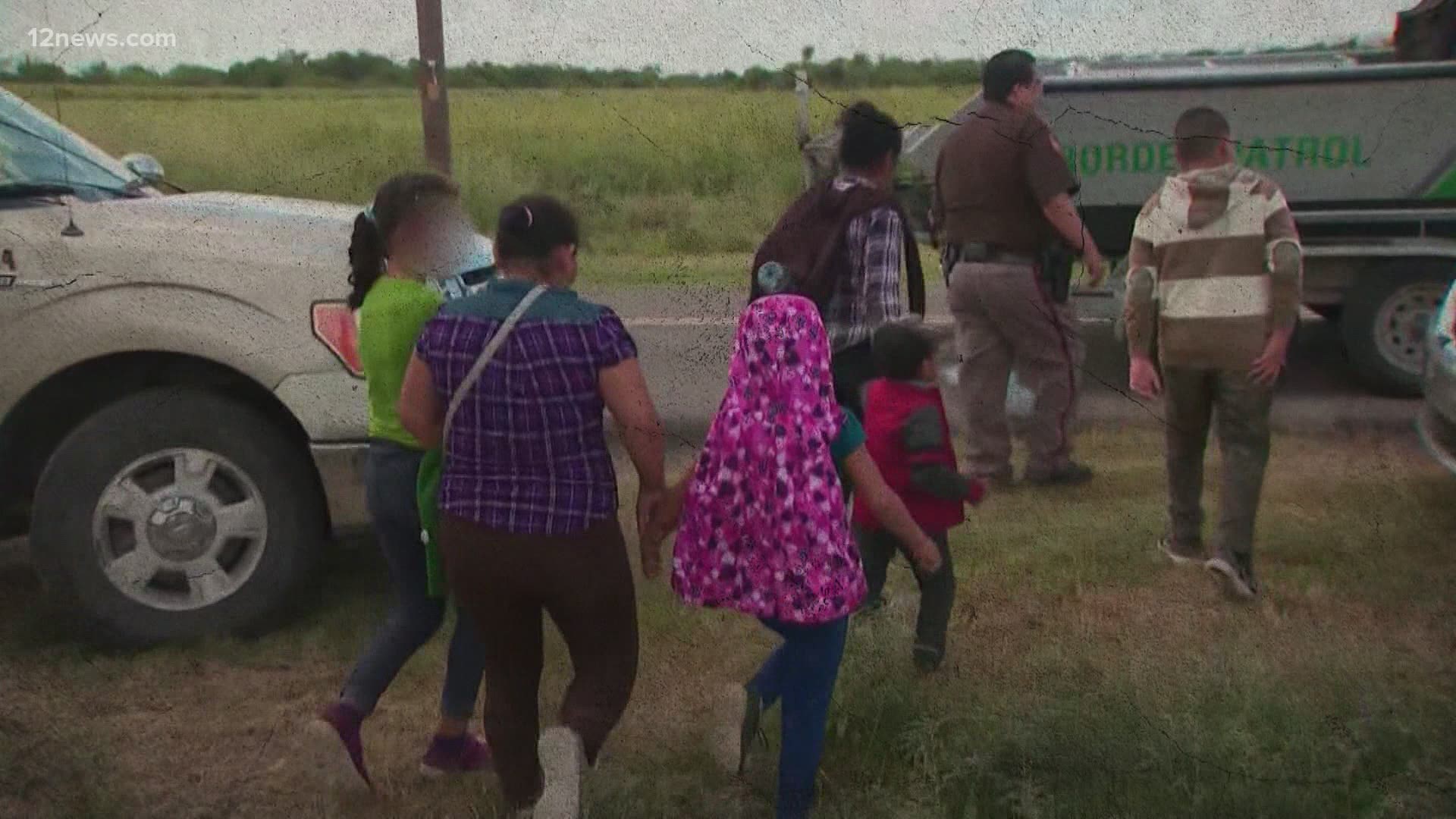 PHOENIX — It is legal to cross the U.S. border to seek asylum and a Phoenix church is helping migrants who are navigating that process.

Since March 15, Monte Vista Baptist Church has assisted 77 people - including families and children - with food, shelter, and transportation after they were released by Customs and Border Protection following their apprehensions at the U.S.-Mexico border, said Pastor Angel Campos.

The families that have been released to him so far have come from different parts of the world and only one family from Central America.

“I’m a math teacher, however, I was let go from my school because I didn’t agree with the [government],” said Alberto, a migrant from Cuba.

It took him and his family 13 months to make it to the United States. He says a combination of poverty, political prosecution, and insecurities forced him to embark on the long journey with his wife and three kids, who are just four, seven, and 14-years-old.

Alberto said the trip was tough. His oldest son almost drowned after Hurricane Eta as they made it through a river in Central America and were robbed at gunpoint twice.

They traveled through Nicaragua, Honduras, Guatemala, and Mexico before making it to the U.S. border.

Customs and Border Patrol detained Alberto’s family after they crossed the desert in Arizona for several days.

They were then released from federal detention while their court cases continue.

“There were many things that affected us psychologically, but more my kids, even though we tried to prepare them for the journey”, Alberto said. “We told them we were going on a long excursion”.

Alberto recalls being hungry, not being able to bathe, crowded rooms, and sleeping on the floor with foil blankets when his family was in CBP custody. After several days, they were released to the Phoenix church.

Campos said families are COVID tested by agents and then again at the Phoenix Welcome Center before they make it to his church.

“If anybody comes positive the Maricopa County takes them and they provide them with a hotel room for 10 days until they are clean and free,” added Campos.

Migrants temporarily stay at the church as the pastor and volunteers try and connect them with their families and arrange for their transportation while they continue their asylum process—which it’s legal for someone to seek after crossing the U.S. border if they meet certain requirements.

It's legal to cross the border to seek asylum

“If you say you have a fear of returning to your country, you should be processed, receive a credible fear interview and if you pass, then you procedurally and legally are allowed to enter our country,” said Soulmaz Taghavi, an immigration attorney.

A person can legally seek asylum by reaching the United States or arriving at a port of entry even during a pandemic said Taghavi.

On average, an asylum case takes about three years to be decided, but because of backlogs, Taghavi says some courts like in Washington D.C. the process is taking four to five years.

According to U.S. immigration law, a person granted asylum is legally allowed to remain in the country without fear of deportation. They qualify to work, travel abroad, and apply for their spouse or children under the age of 21 to join them.

The International Rescue Committee in Phoenix said that nearly 100 asylum-seekers are arriving daily in Phoenix, fleeing violence, and persecution in their home countries for the safety and freedom of the United States.

The non-profit says asylum-seekers are typically in the Phoenix area for 24 to 48 hours while arranging travel to their sponsor, usually close family members in the U.S.

According to IRC, most families and individuals who have arrived so far in 2021 are from Cuba, Brazil, and Venezuela. In 2018 and 2019, most of the 40,000 asylum-seekers who arrived in the Phoenix area were from Mexico, Guatemala, El Salvador, and Honduras.

“I’m an immigrant, I became a U.S. citizen in 2016, so I can deeply relate to these families,” said Campos.

An important and dear to his heart cause he says he will continue to help with.

“Nobody comes here for vacation, they come here for a better life, escaping from something ugly,” Campos added.

Track all of our current updates with Arizona politics on our 12 News YouTube channel. Subscribe for updates on all of our new uploads.