After the visit with the Carters, the president attended a drive-in car rally in metro Atlanta. 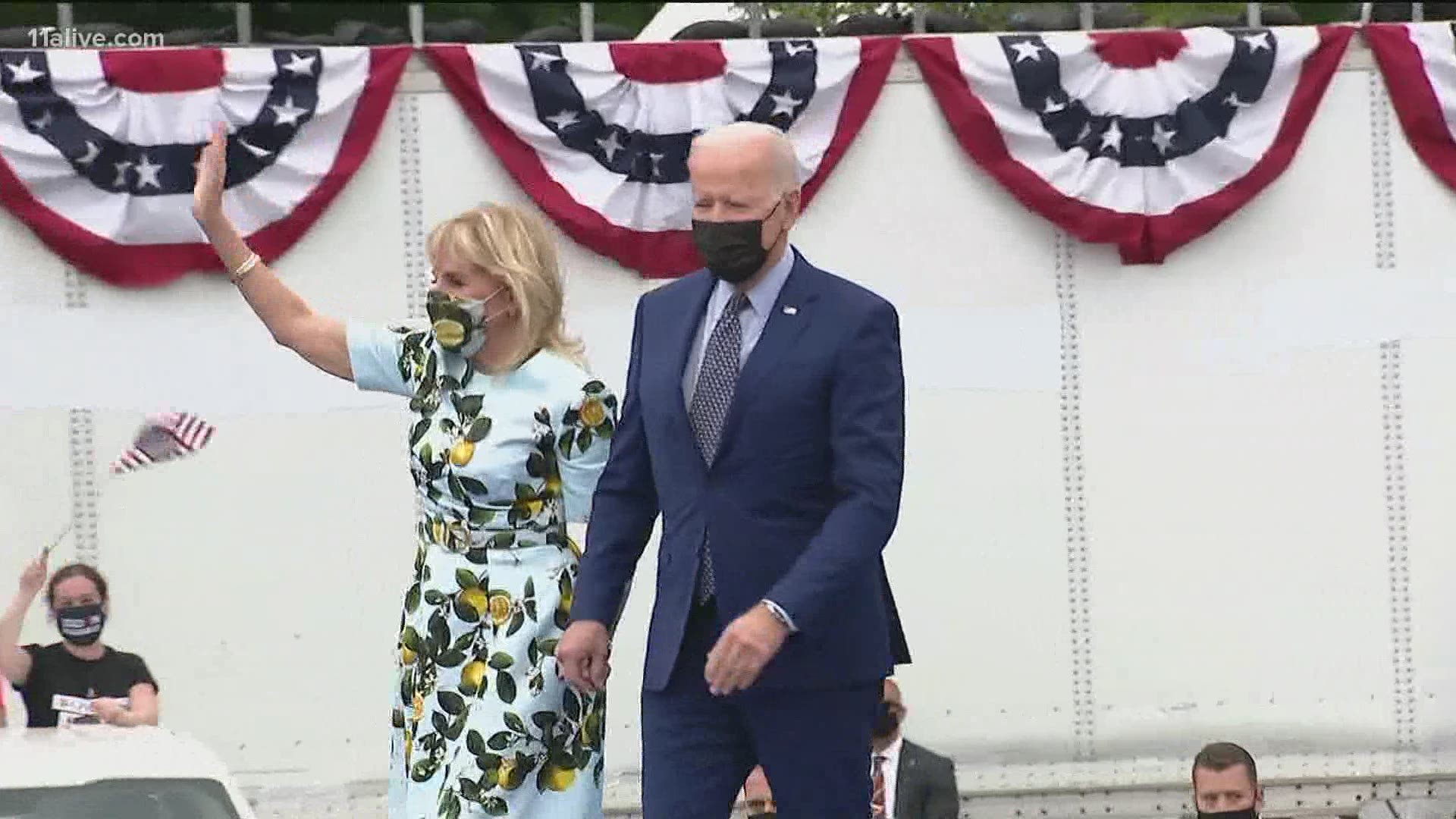 ATLANTA — President Joe Biden and the First Lady, Dr. Jill Biden, traveled to Georgia Thursday. During their time in the Peach State, they stopped in Plains to visit former President Jimmy Carter and his wife, former First Lady Rosalynn Carter.

After the visit with the Carters, the president participated in a drive-in car rally in metro Atlanta. The Democratic National Committee said they would be holding the rally to celebrate President Biden's 100th day in office.

Mr. Biden also kicked off a new campaign while he was here to try to win support for one of the most ambitious and expensive set of programs in the history of the presidency.

Watch the full event below.

Hundreds of people honked their horns - showing approval - at the rally outside Infinite Energy Center in Duluth.

The president marked his 100 days in office with proposals for free Pre-K and free community college, and government subsidies for childcare, and money for family and medical leave--paid for, in part, through tax increases on people making more than $400,000 a year.

“I’ve never been more optimistic about the future in America and America’s on the move again," the president said.

The White House released Biden's schedule Wednesday night for the trip. Below is a look at the itinerary.