'Inside Texas Politics' spoke to her on the heels of her 15-hour-long filibuster. 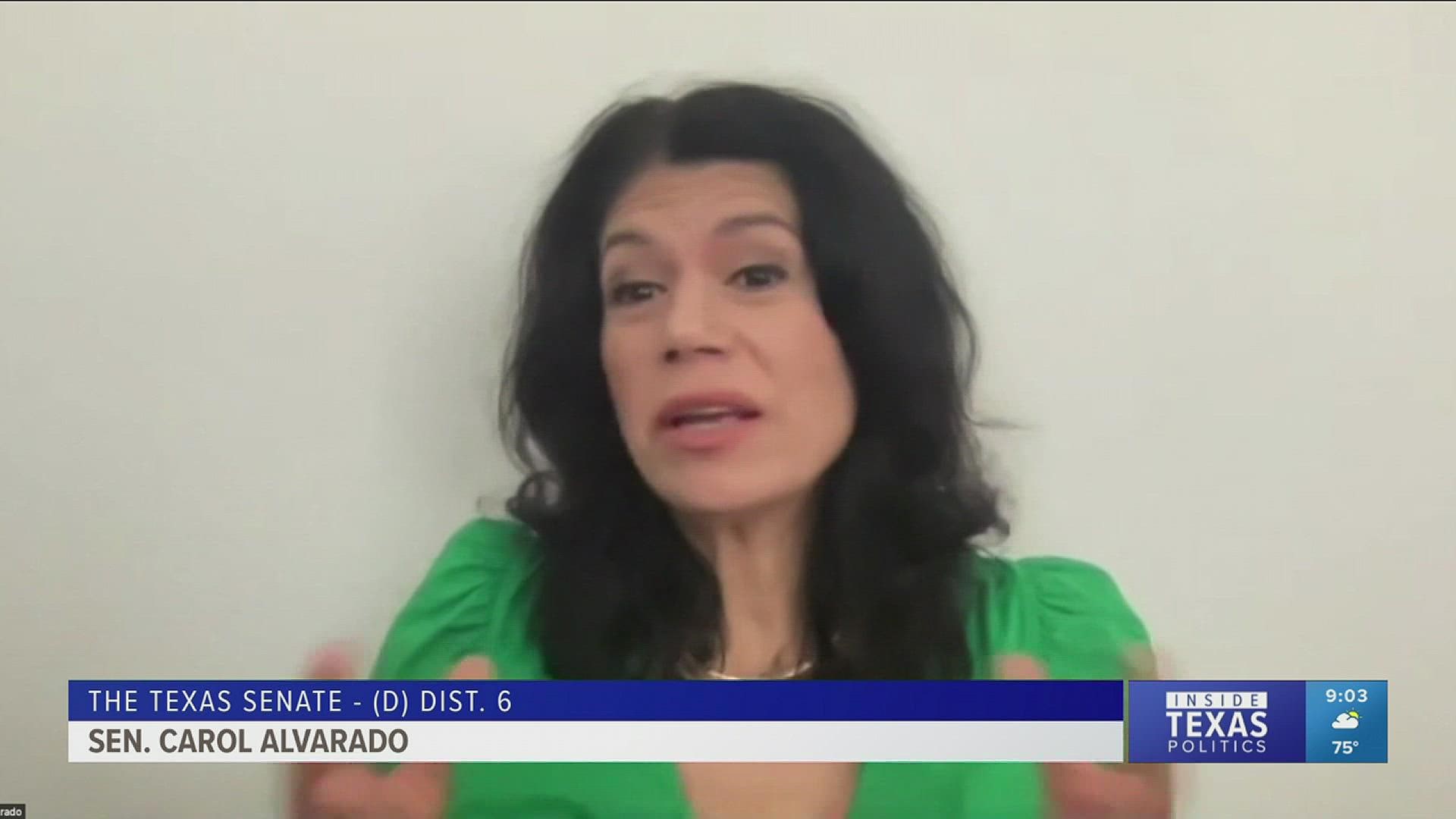 DALLAS — It was a political spectacle in the state senate: an all-night filibuster. It didn't stop a vote on that Republican bill that would change how and when we vote. But it did illustrate something else: State Sen. Carol Alvarado spoke for 15 hours.

Alvarado is a Democrat who represents parts of Houston and Harris County, and Inside Texas Politics spoke to her just after she left the floor from her all-night filibuster.

She said she realized that the chances of her 15-hour speech stopping the passage of the bill were slim, but it still accomplished something else.

"Filibusters can be used - and this was our goal - was to put the breaks on, shine a very bright spotlight on what's taking place," Alvarado said. "Right now there's a lot of momentum in fighting, and educating people about this bill."

Watch this week's entire episode below:

Texas House Democrats seem resolved to stay out as long as necessary to kill the Republican voting bill. The House is short about a half-dozen lawmakers to get a quorum.

But Ross Ramsey, the co-founder and executive editor of the Texas Tribune, said it is looking more likely that a quorum might happen this session.

While the state starts another week without a quorum in the Texas House, COVID has now pulled up alongside voting as a critical political issue again in our state.

Inside Texas Politics asked Republican State Rep. Craig Goldman, from Fort Worth, whether Abbott should amend his order to allow school districts to make decisions about how to control the virus, but Goldman dodged the answer and said he thinks it is still up to "everyone's personal responsibility to decide if they want to put a mask on themselves or their children."

"We're all educated enough now to make decisions that we feel are best for ourselves and our families," he said.

But in Austin this weekend, several big events have cancelled themselves because of the surge in COVID cases. Pride is postponed, and a concert series delayed its dates, as well. There, Mayor Steve Adler enacted a masking policy for schools and city facilities, but said they're hopeful that some businesses in the area would adopt policies that would require proof of vaccination before customers could enter.

"I feel like I am here, we are here, fighting as hard as we can not only to keep our community safe, but to keep the economy open, and the governor is not helping us do that. Quite the opposite," Adler said. "I think the governor is working against us, and I don't understand that."

The numbers are in from the Census bureau, and now the redistricting fighting begins.

According to the new data, people of color made up 95% of the state's growth over the last decade. In fact, the population of Hispanic Texans is almost equal to white Texans, a little sooner than many expected.

What are the political implications of this, as lawmakers begin redrawing lines for political districts this fall?

"When you're drawing political maps, you have to represent the population and not the legislature," he said. "That's going to be a big play in, particularly in places like Dallas, where there are big urban populations and this shift is most pronounced." 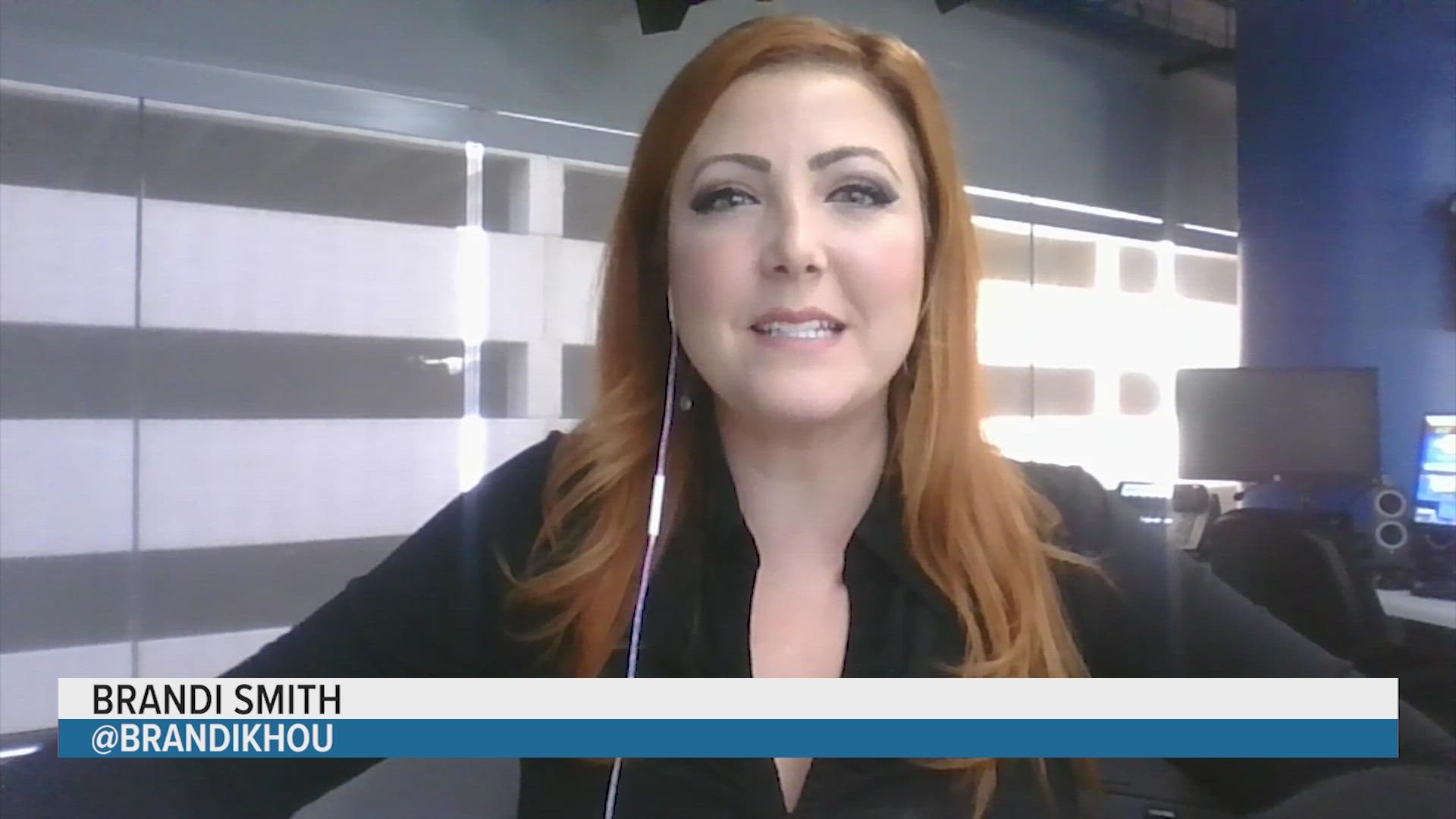