The former congressman and Senate and presidential candidate is on a statewide tour focusing on voting rights in Texas. 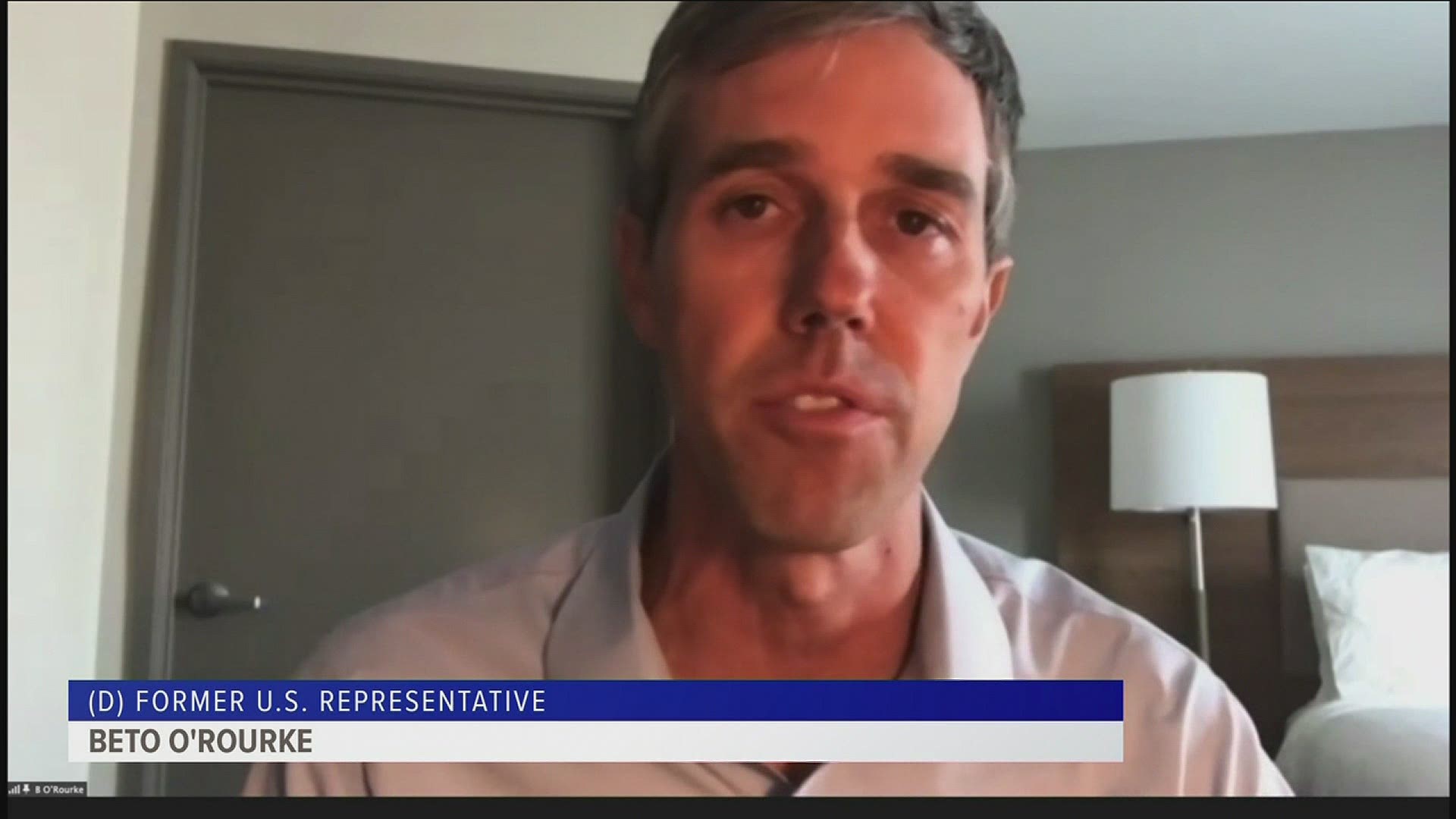 DALLAS — Former Congressman Beto O’Rourke is on the road again in Texas.

We caught up with the one-time Senate and presidential candidate for Inside Texas Politics after he had just arrived in Midland. It’s his first stop on a statewide tour focusing on voting rights here in Texas.

O’Rourke said he’s trying to prevent GOP efforts to make it harder to vote, particularly for minorities, with legislation such as Senate Bill 7 in Texas, which was just defeated after a Democratic walkout of the Texas House. But O’Rourke said plenty of other states have already enacted such legislation.

“If ever democracy were on the line, it is right now. If ever we needed to be talking about it, it is at this moment,” the Democrat said on Inside Texas Politics.

O’Rourke argued that it is time for the federal government to protect voting rights for all Americans, primarily through the passage of House Resolution 1, also known as the “For the People Act.”  That legislation would provide some federal standards for elections to be applied across the entire country.

While Democrats in Texas continue to wait for word on who exactly will run for governor, O’Rourke is in no hurry to announce his exact plans. But he provided a general timeline on Inside Texas Politics, saying he’ll explore other ways he can help Texas either as a candidate, or someone who supports candidates, this summer.

“It looks like the United States Senate will debate and vote on the ‘For the People Act,’ I hope, at the end of June. If we’re able to get that passed, then I’m going to start thinking about what else is that I can do to be helpful here in Texas," he said.