Is political reconciliation within reach? North Texas congressmen look back at inauguration's challenges

"What we can never disagree about again is our democracy, about whether we’re going to disagree about the results of elections," said U.S. Rep. Colin Allred. 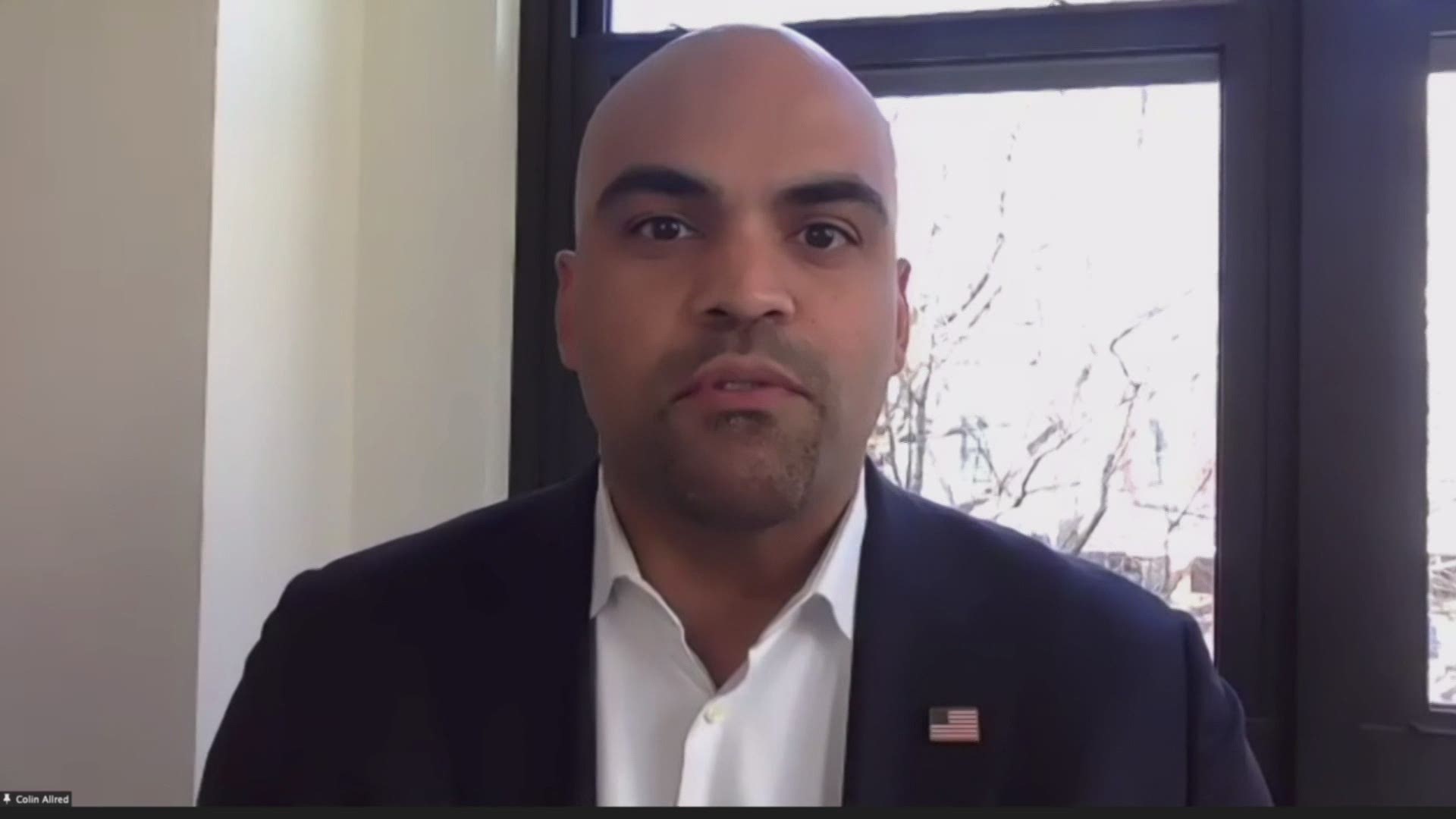 DALLAS — Democratic and Republican members of Congress from Texas surrounded the platform on Wednesday to witness Joe Biden become the 46th president of the United States.

“As I watched it, I kept thinking about the motto that’s over the House chambers: 'E. pluribus unum. From many, one,'" said U.S. Rep. Van Taylor, R-Plano. “That is truly what we’re going to have to do as a nation to come together.”

Less than an hour after the swearing-in, as the political world paused for ceremony and union, Cornyn blasted Biden in a statement, criticizing the president's plan to stop the Keystone XL pipeline.

The senator said the move would likely cost jobs in Texas.

Richard Denne, the director of the TCU Energy Institute, told WFAA he thinks politicians may be overstating the impact to jobs.

Still, the timing of the release made Cornyn appear tone-deaf to the moment.

William Busby, communications director for the Dallas County Republican Party, echoed the unity of the day in a statement: “No matter our disagreements, we are all Americans and we must stand united. We respect the office of President of the United States and wish a warm Congratulations to President Joe Biden and Vice President Kamala Harris.”

The pandemic prevented crowds to witness Kamala Harris make history. Normally, 200,000 tickets would be available for VIPs to witness the inauguration below the platform. This year, because of the virus, only 1,000 tickets were available to members of Congress and one guest.

“We must end this uncivil war that pits red against blue, rural versus urban, conservative versus liberal. We can do this if we open our souls instead of hardening our hearts,” said President Biden in his inaugural address.

Before a National Mall filled with flags rather than supporters, Biden forged a spirit of solidarity – a traditional message for incoming presidents.

But Republicans challenged Biden and Democrats to maintain the spirit of unity that was laid out on Wednesday.

It was a remarkable end to two weeks of political drama. Over the last 14 days, the Capitol has been the stage for an insurrection, an impeachment and now, an inauguration.