“My opponent’s a career politician and [after] 31 years in office, he's interested in his career,” Huffines said on Sunday's Inside Texas Politics. 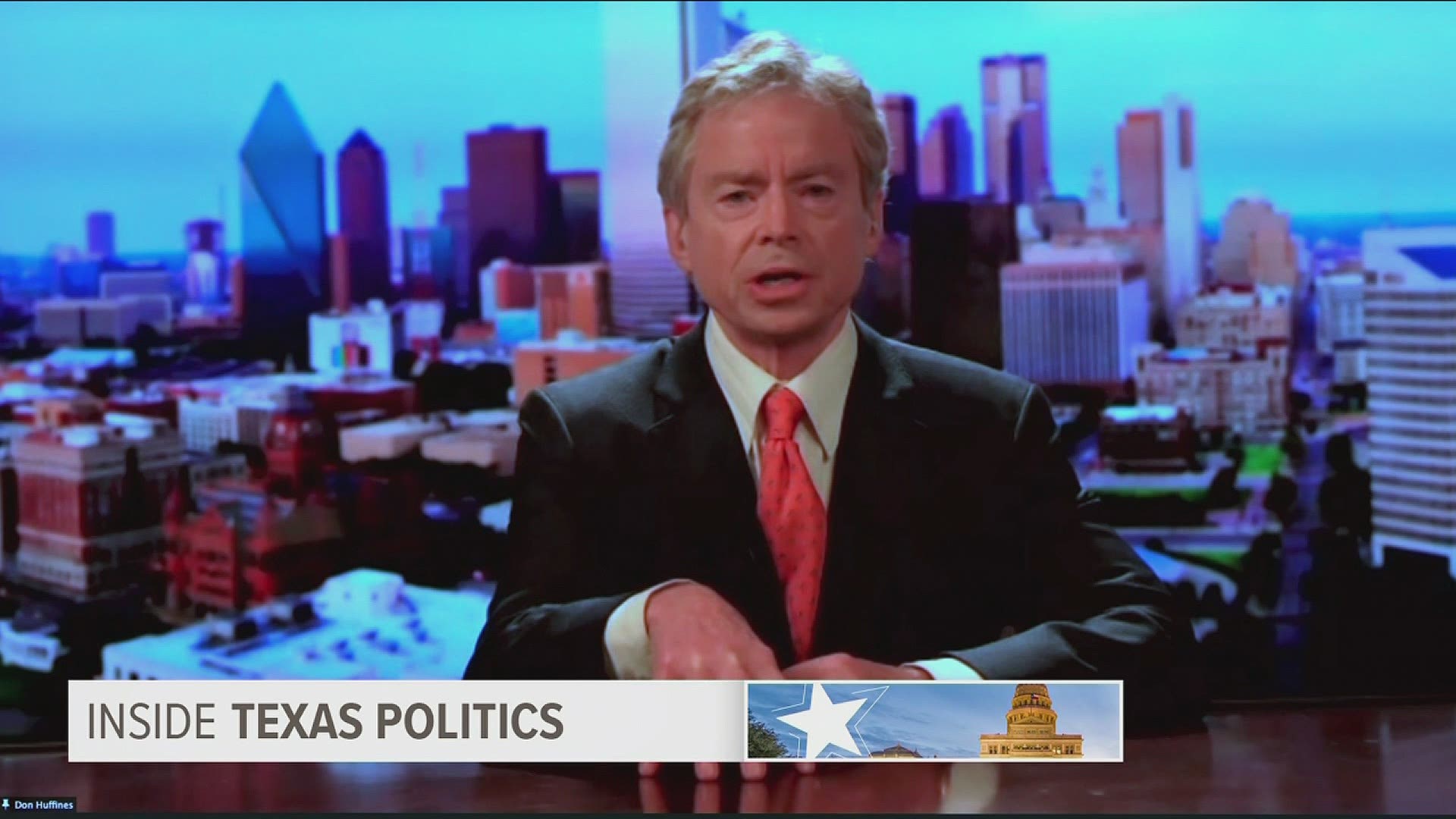 DALLAS — Don Huffines vowed to close all border crossings across the Rio Grande River if elected as Texas' next governor to force Mexico to address undocumented immigrants that are crossing into the United States.

Huffines, a former Republican state senator from Dallas, is campaigning against Gov. Greg Abbott in the upcoming Republican primary for governor.

“There’s 25 crossings over the river that Texas has. I'm going to close every single one of those in one day because I'm the actual Republican running, and I'm actually going to solve this problem once and for all," Huffines told Inside Texas Politics.

The candidate said he believes that by closing the crossings, the economic impact that would have would force Mexico to act.

"[I’m] going to close all the crossings down for all inbound commercial traffic from Mexico. We're going to make Mexico acquiesce economically to secure their side of the river and stop these cartels."

To be clear, though, the ports of entry are operated by the federal government, not the state.

But attempting to suspend commercial traffic between the two countries would hurt Texas businesses, since Mexico is the state’s largest trading partner, not to mention exacerbate the already strained supply chain. 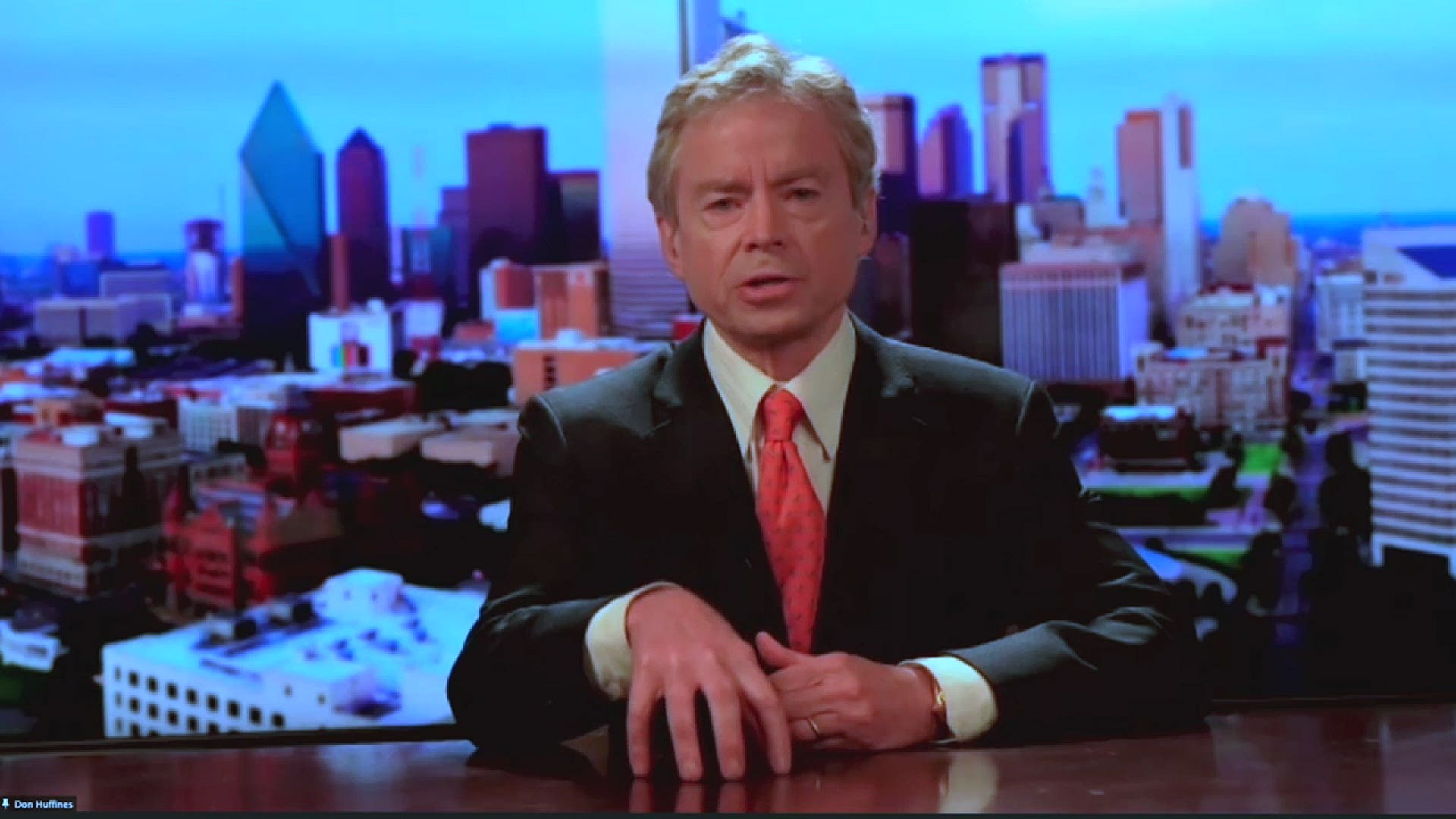 Huffines believes that by putting the pressure on, though, he could achieve results.

“Yes, but in Texas, here's the thing. I'm going to communicate to Mexico, and they know it, they need us a lot more than we need them, and this is a proven tactic that can work,” Huffines explained. “We don't have an option. We have to secure Texas’ border and stop these cartels and this invasion, and I'm not going to be asking permission from the federal government to do that."

Huffines is ramping up his campaign to challenge Abbott in the Republican primary next year. Huffines opened a campaign office near DFW Airport and said he has more than 30 staffers already.

During the television interview, Huffines attacked Abbott for being a career politician.

“Republicans are tired of being lied to. We're just tired of broken and empty promises. The border is just not secure. Our property taxes keep going up and up, we don't have confidence in our election," Huffines said. "Look, I can go on and on, but the bottom line is my opponent’s a career politician and 31 years in office, he's interested in his career." 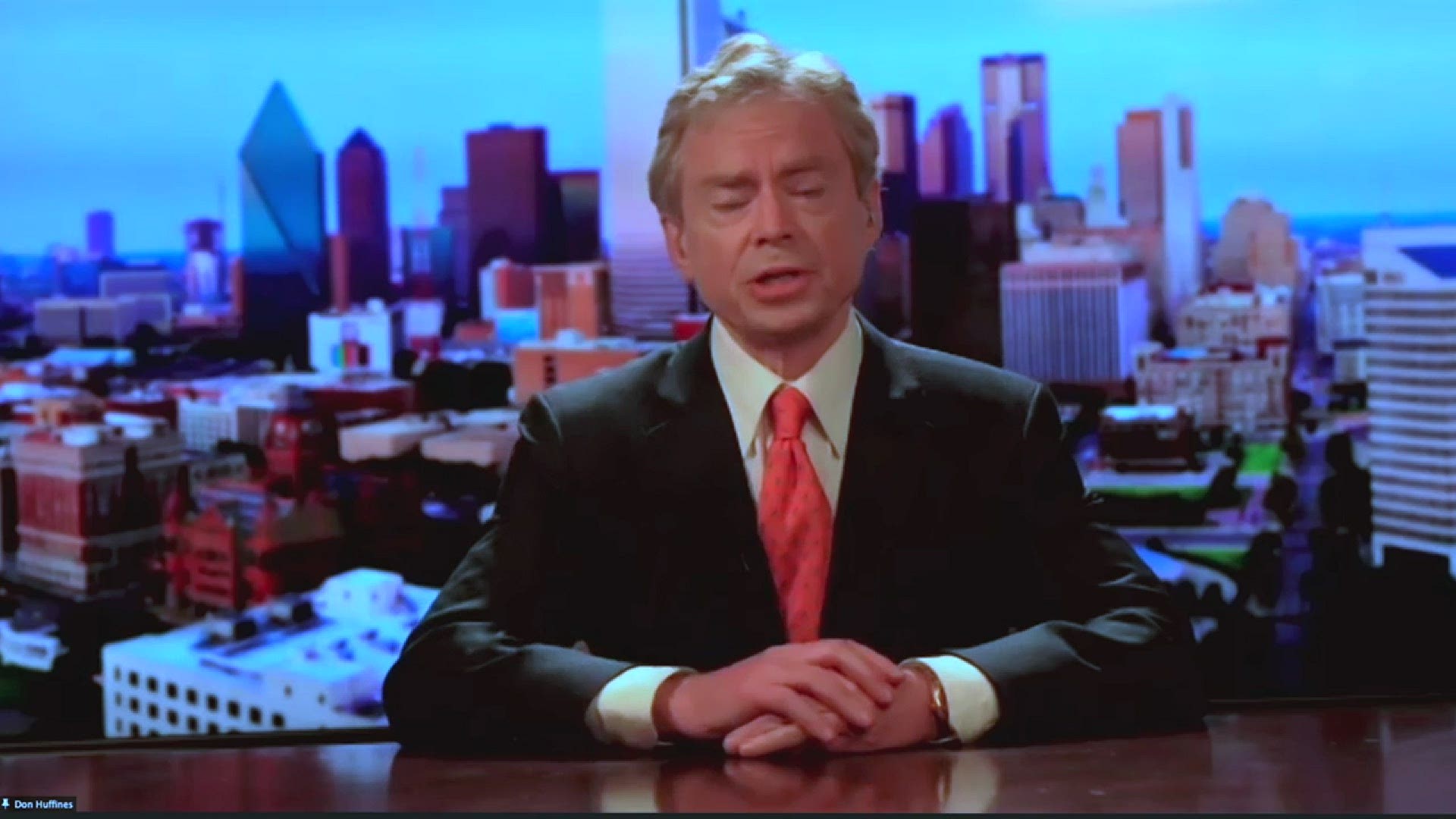 One of the first announcements that Huffines made after declaring his candidacy was that he would have the state build its own border wall along the Rio Grande.

A border wall is red meat for Republican primary voters. Former president Donald Trump campaigned on extending a border wall and making Mexico pay for it. During his term, Trump got 80 miles of additional fencing built, but U.S. taxpayers ended up footing the bill, not Mexico.

Last week, Abbott took Huffines’ idea and made it his own.

In a news conference, the governor announced that Texas would build its own border wall. Abbott said he would take $250 million from the Texas Department of Criminal Justice’s budget to begin the design phase. Abbott then asked for public donations to pay for more of it.

But the governor acknowledged a reality in this bid for Republican primary voters. Texas does not have any land along the Rio Grande River to construct more border fencing. Abbott asked private landowners to donate that, too.

Huffines was asked on Inside Texas Politics how he would acquire the land to erect a new wall.

“Well, Texas does have condemnation authority, of course. We condemn for highways. First, we'll work with landowners that want to cooperate, but this is not an option we have,” Huffines told the television program.

“Well, he certainly did. He really did. This is my idea to secure the… border is just resonating so well for Republican voters, because not only do we want to, I want to finish Trump's wall or build a Texas wall, but I'm going to do whatever is necessary to secure our border,” Huffines added.

But Abbott now has a head start with this issue.

After receiving Trump’s endorsement, Abbott invited the former president to tour the border with him later this month. The current governor's decision to seize on this idea the same week that Texans were again asked to conserve electricity also signifies his concern about a primary challenge from a fellow Republican. 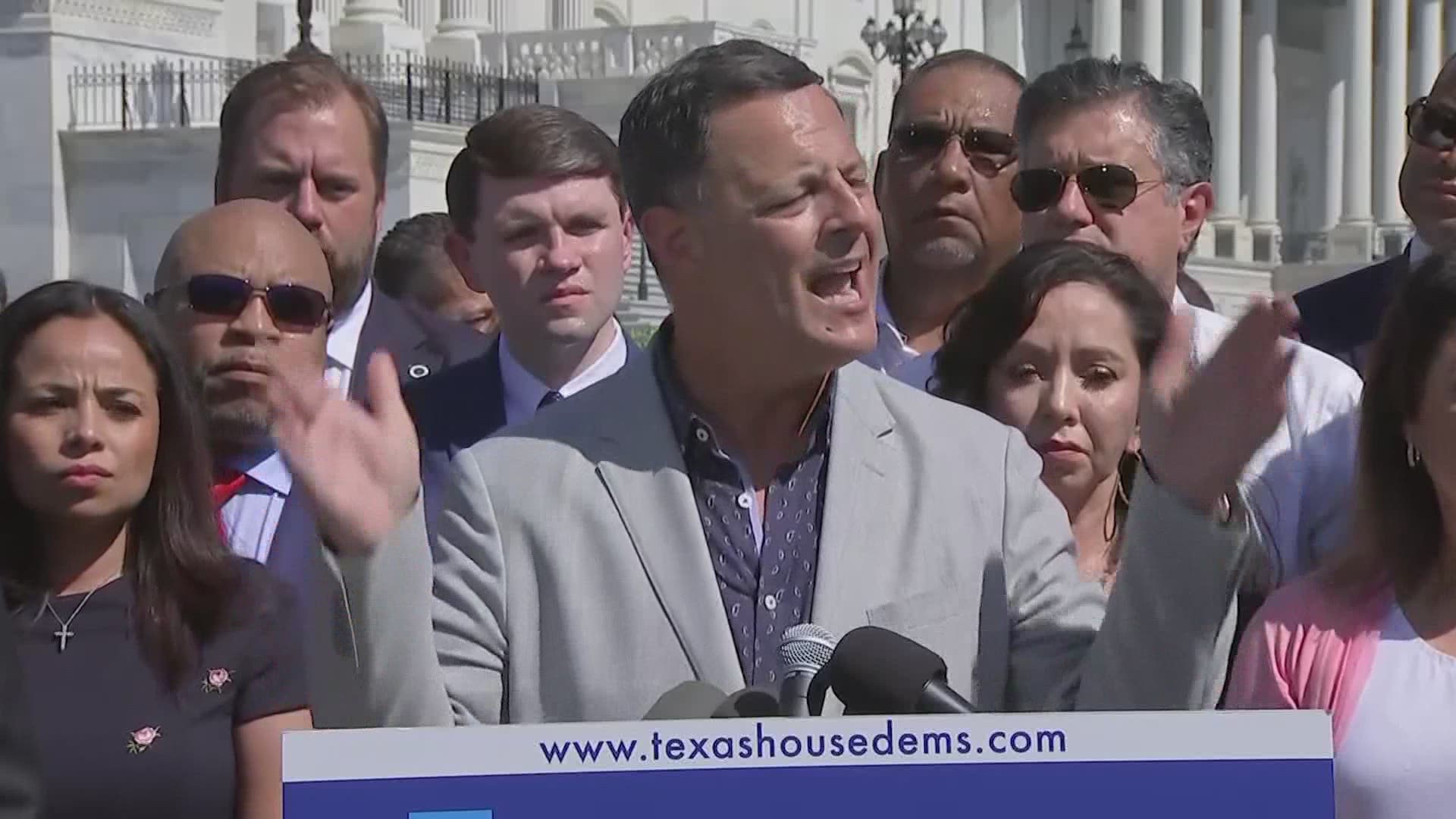