How does the 25th Amendment work?

A day after President Trump's supporters stormed the US Capitol, many lawmakers are questioning what they can do to get him out of office. 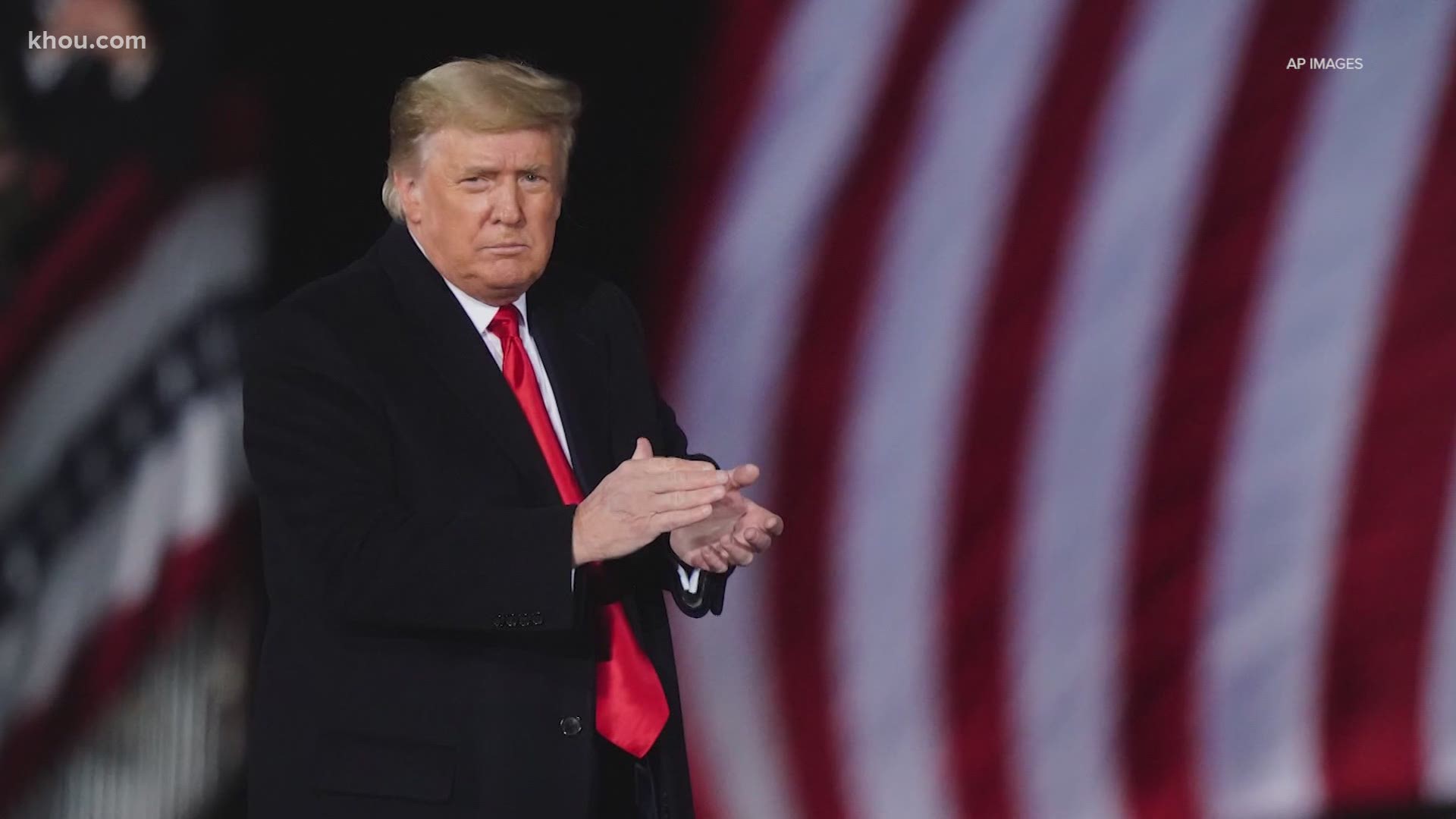 HOUSTON — You have to go back to the 1960s to understand why the 25th Amendment was created. It was a time when The Beatles were king, the space race was on and President John F. Kennedy was assassinated.

RELATED: VERIFY: Can the Vice President invoke the 25th Amendment to remove Trump?

“The 25th Amendment is was passed in the 1960s due to the concerns the United States did not have clear cut guidelines on presidential succession," Mark Jones said.

Jones is a political science professor at Rice University.

When was the last time the 25th Amendment was enacted?

Ronald Reagan used the 25th Amendment when he went into surgery and George H.W. Bush enacted it twice when he had colonoscopies, but it’s never been used to remove a president from power.

How would it work?

The Vice President and a majority of the cabinet members would have to vote. The VP then becomes acting president, but President Donald Trump can object, forcing the VP and cabinet to vote again within four days to kick the vote to Congress.

The House and Senate then have 21 days to decide. Both need a 2/3 vote, otherwise, Trump resumes his duties.

With cabinet members resigning, how likely is it they could even get a majority vote?

“I would view the discussion of the 25th Amendment not as an actual desire of the Republican establishment to remove President Trump, but rather as an attempt to throw a bucket of cold water his face," Jones said.

It's an amendment written decades ago, at a time that was also divisive. From the Civil Rights Movement to the Vietnam War, coming back full circle to a politically divided country today.

If the 25th amendment was invoked, it would not prevent Trump from running again. There’s also been talk of impeachment but getting those votes through the House and Senate before Inauguration Day on Jan. 20 is even less likely.