A Houston teen is working on introducing a 'unifying' program in all Texas public schools. Politicians and activists think he's on to something. 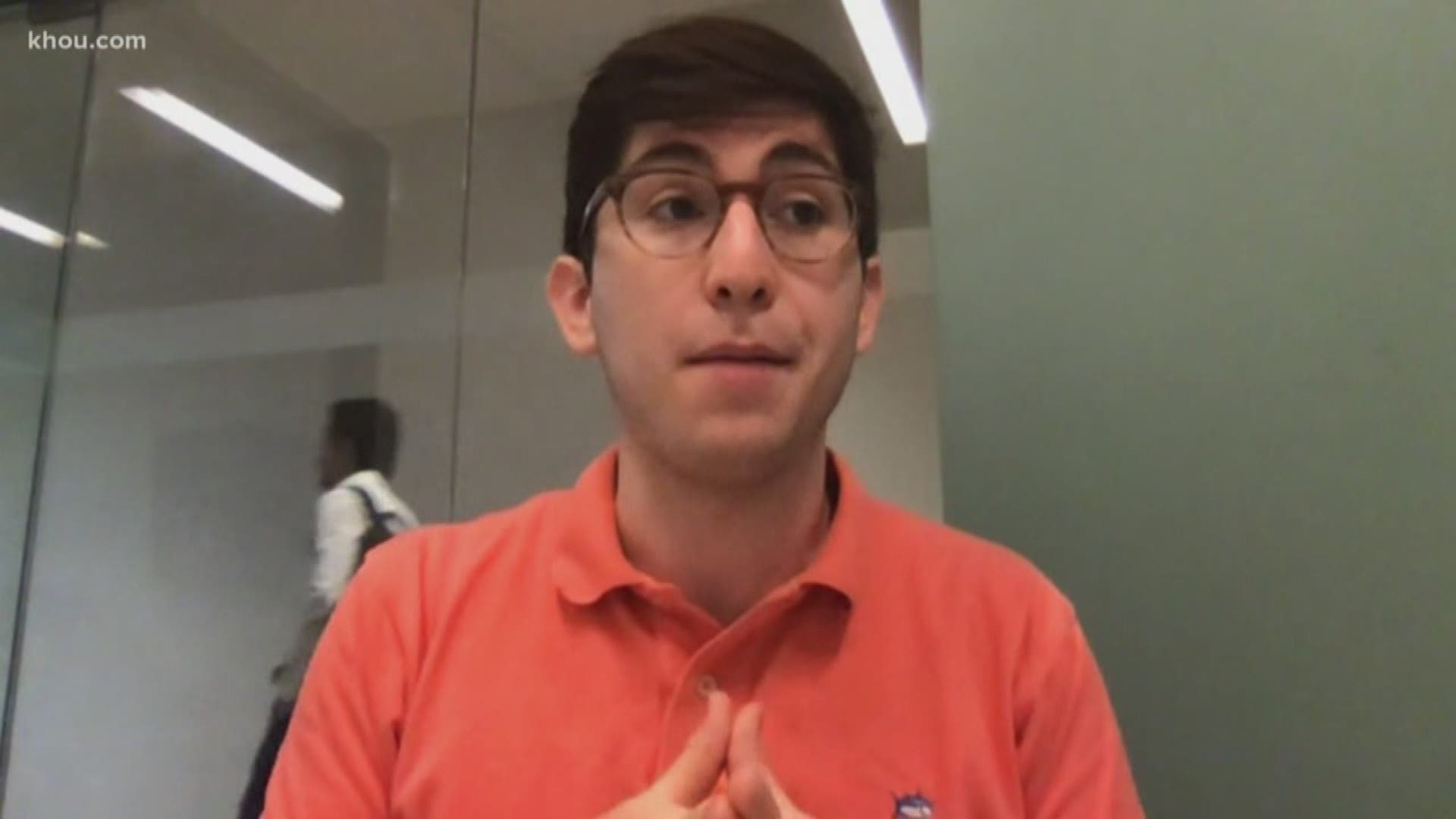 HOUSTON — As Houston hosts the third democratic presidential debate, so many of us are hoping politicians focus on the issues and lay off the personal attacks. But one Houston teen isn’t leaving anything to chance. He's rolling out a program across the state that will make talking politics much more civil.

Adam Hoffman isn't talking about ideology or bringing it back to "center." He's not even asking us to consider bipartisanship.

"All we’re saying is the other side should not be demonized," Hoffman said. "We should recognize each other as fellow people and recognize the humanity that lives within all of us."

During a video chat from a study room at Princeton University, the teen who grew up in Meyerland broke down his plan to make politics less polarizing.

"It’s important, in the political sphere especially, to make sure your arguments are directed towards ideas and not towards people and their character," Hoffman said.

Hoffman said he gained clarity after he watched the 2016 presidential race. He then compared the divisiveness to what he witnessed during 2017's hurricane Harvey.

"I saw people coming together, neighbor helping neighbor. It didn’t matter who you voted for or what you thought the tax rate should be. What mattered was that we were one community, one American community," Hoffman said.

In March 2018, he launched a Day of Unity. The inaugural event, held at Bellaire High School, brought together students, politicians and activists with different beliefs. They all got together to talk things out without name calling, shutting down or walking away. And guess what? It was possible.

Hoffman is currently working to implement his curriculum in schools nationwide over time, including the entire Texas Board of Education by 2021, resulting in a more open and accepting American community.

Hoffman was recently named a recipient of the 2019 Diller Teen Tikkun Olam Award, a $36,000 award recognizing teens that are committed to social good, both in their communities and in the world.

"We need to move back to this fair-minded mindset, to understand that we’re all Americans that are part of one story working together to achieve a common, good end," Hoffman said.

TWO WAYS TO BRING CIVILITY TO A CONVERSATION ABOUT POLITICS

1) When it comes to the conversation, start small and let it snowball! During a Day of Unity, the politicians, activists and kids started with a non-polarizing topic like talking about Jay-Z versus Beyonce. It allows you to establish a conversation with someone before you slowly escalate the topic to politics.