The bill now needs to pass through the Texas Senate before it could be signed into law. 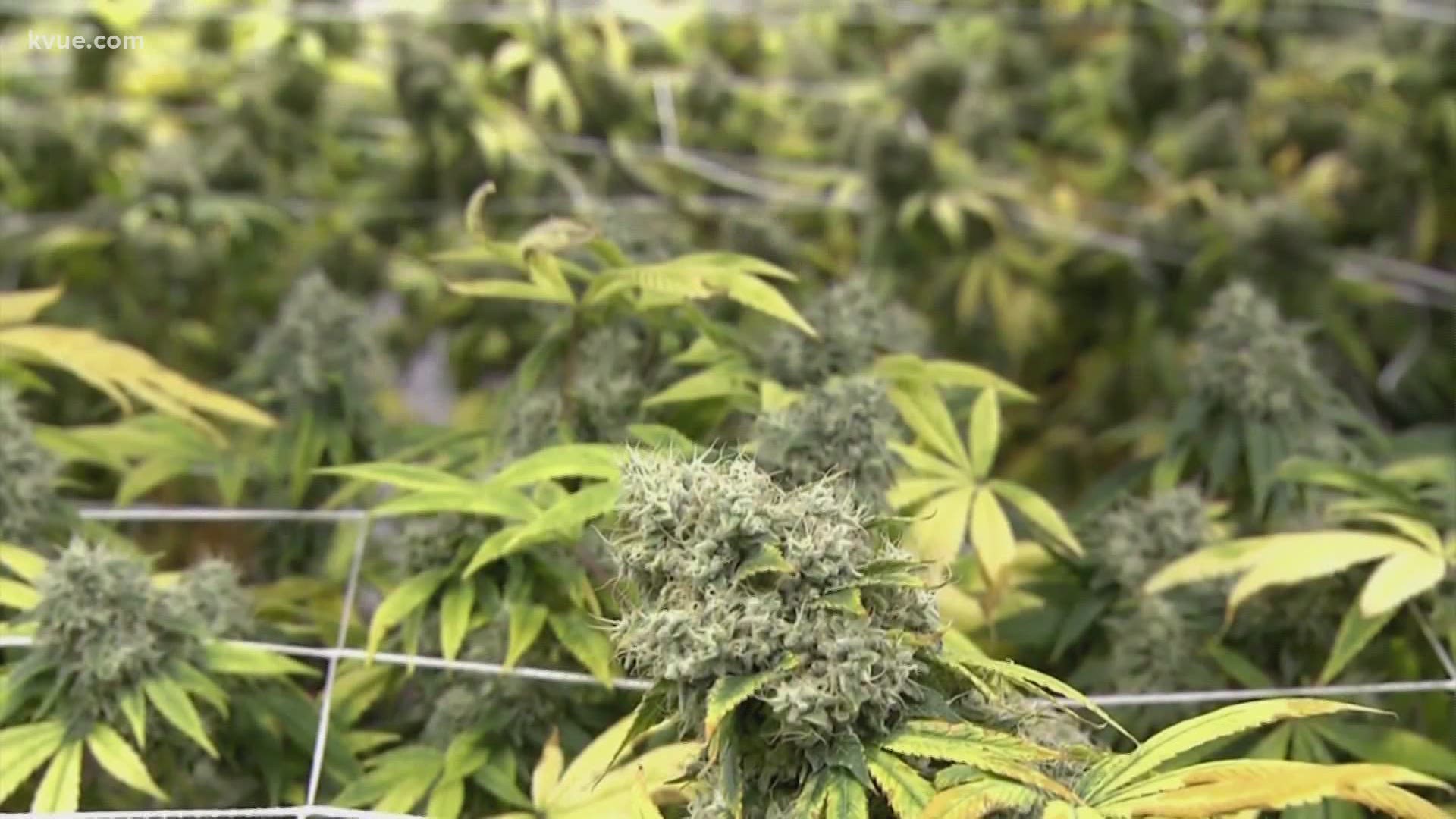 AUSTIN, Texas — Texas House Bill 1535, which would expand the medical conditions and patients who qualify for low-THC medical cannabis prescriptions in Texas's Medical Cannabis Program, passed through the Texas House on Thursday.

The bill now moves on to the state Senate to be considered, before it could be signed into law.

Texas's medical marijuana program is known as the Texas Compassionate Use Program.

According to the Compassionate Use Registry, 4,919 Texans were registered for the program as of March 2021. The number could grow if this bill is signed into law, since it expands the amount of medical conditions needed to qualify for it.

Finkel is also a strong advocate for the marijuana law reform legislation this session.

"I am pleased, absolutely pleased," said Finkel. "This should be a no-brainer for both parties."

If the bill were signed into law, it would help people like David Bass, a veteran who served in the army for 25 years and a three-time cancer survivor.

Bass said he was also diagnosed with post-traumatic stress disorder and chronic pain from injuries while serving in the Army, but said he currently can't legally get medical cannabis in Texas.

"Veterans who use medical cannabis testify that medical cannabis helps all of the symptoms of post-traumatic stress disorder. That includes the anger outbursts, paranoia, nightmares, hyper vigilance and all the symptoms associated with PTSD without any of the side effects of the psychotropic medications that are currently prescribed for PTSD," he said. "Then for cancer, medical cannabis is very effective for cancer patients who are going through chemotherapy or radiation treatments."

Overall, he's hoping the bill passes through the state Senate.

"Let's do the right thing for Texas veterans and for patients in Texas," he said. "And then it'll be great for us because we can use medical cannabis instead of these pills that cause us to be addicted and dependent and have terrible side effects."

However, some state politics experts, like James Henson, the director of the Texas Politics Project at University of Texas at Austin, explained that bills working their way through the Senate might still prove to be an uphill battle, despite growing support for marijuana-related bills among Republicans in recent years.

"That has not been enough to persuade, particularly Lt. Gov. Patrick and other of the most conservative Republicans, to move in this direction. But I think as time goes on, pressure builds and the chances begin to look a little bit more likely," Henson said. "It's not like there's a groundswell to just open up the doors to marijuana legalization. We've seen a lot of evidence that these kind of incremental movements did OK in the House of Representatives, even with the Republican leadership. The bigger obstacle has always been the Senate, but now that these bills are moving and there's still a little bit of time left and there's a lot going on, the Senate is still an obstacle. And I think it has yet to feel like, you know, the odds are still at best, even. But it's something that the bills have moved as far as they have."

Texas House Bill 441, which would lessen the penalty for possession of small amounts of marijuana, also advanced in the state House on Thursday, but still needs one more approval vote before heading to the state Senate.