'Sully has the watch,' tweeted Jeb Bush about his father's service dog. 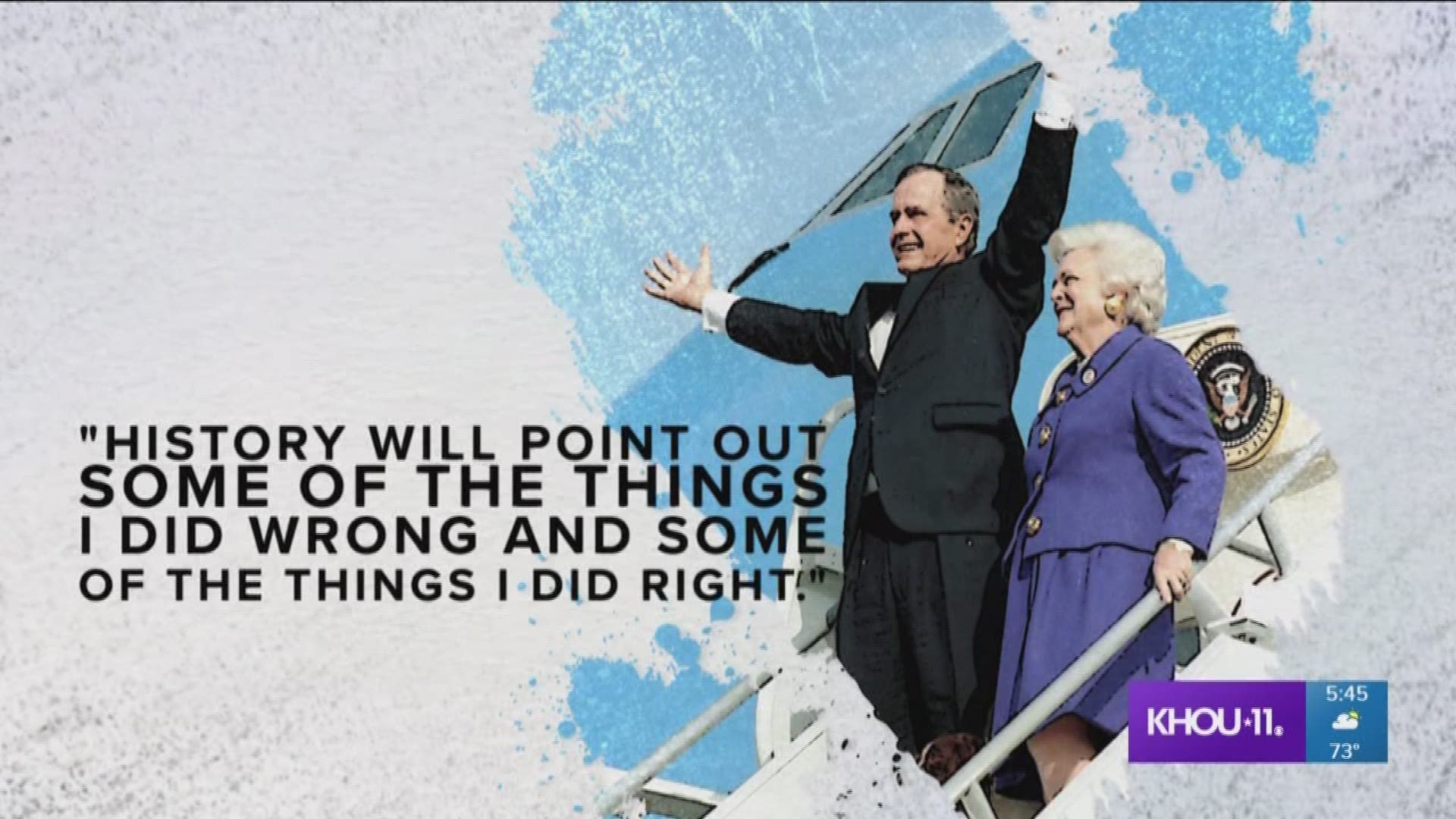 HOUSTON — George H.W. Bush’s service dog spent a moment with the 41st president’s casket on Sunday night, ahead of a week filled with memorial services.

Bush’s son Jeb retweeted the photo and said, “Sully has the watch.”

Sully has the watch. https://t.co/olnBtN4WgE

Bush will lie in state at the U.S. Capitol giving the American public an opportunity to bid farewell. An arrival ceremony will be held for the former president on Monday at 5 p.m. CT. The public is invited to pay respects beginning Monday at 6:30 p.m. CT through Wednesday at 6 a.m.

Wednesday is the national day of mourning.

A plane arrived at Ellington Airport in Houston to take Bush’s body to Washington. A train will eventually take him to his final resting place in College Station with his wife Barbara, who died earlier this year, and daughter Robin, who died from leukemia as a child.