George H.W. Bush's legacy lives on at Houston airport named after him

Inside Terminal C, the 41st president's statue looms large surrounded by flowers. It's been there since 1997, but now his presence felt more than ever in the airport that bears his name. 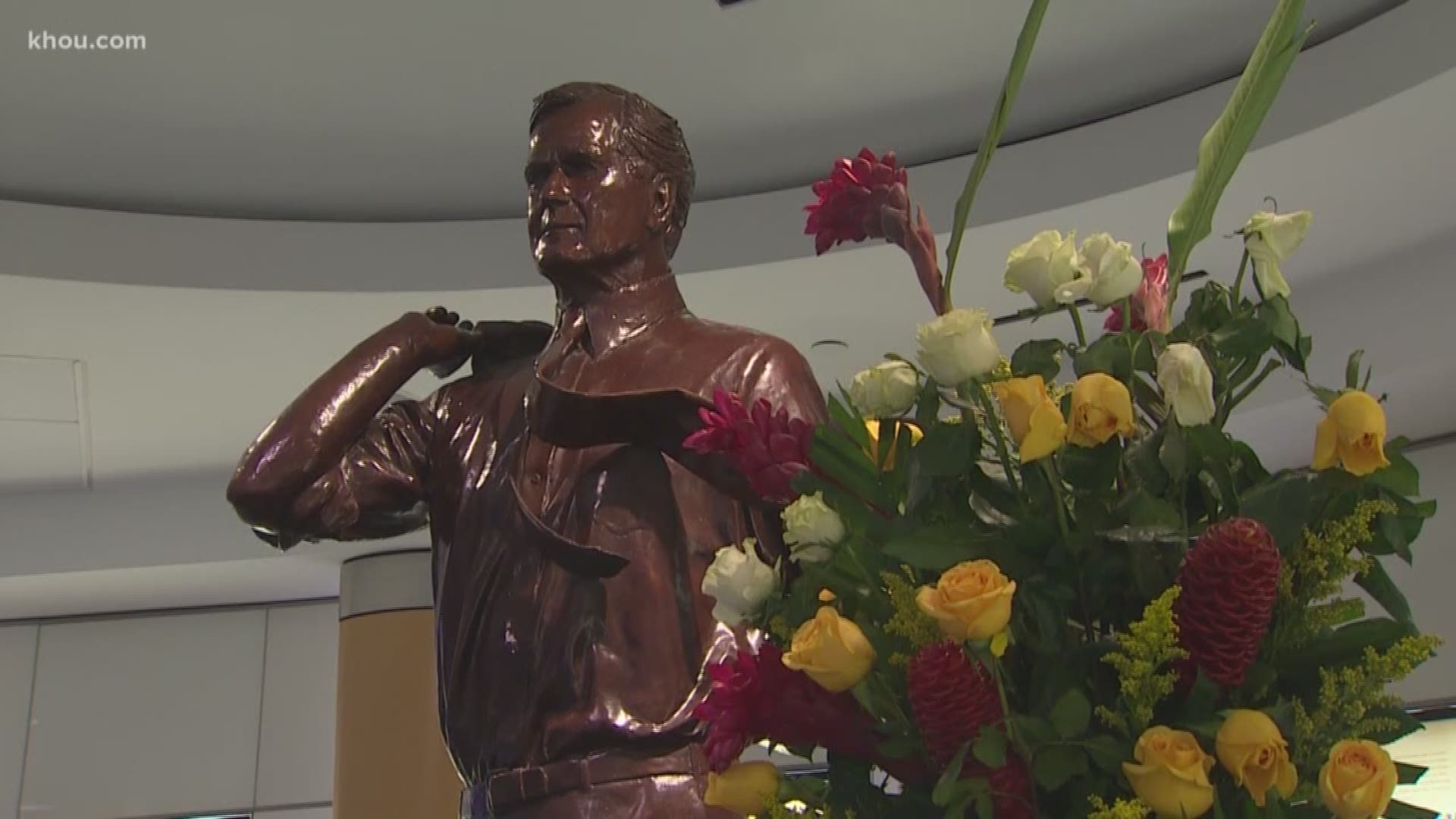 HOUSTON — It's hard to miss the name George Bush as you drive into Houston's big airport.

Inside Terminal C, the 41st president's statue looms large surrounded by flowers. It's been there since 1997, but now his presence felt more than ever in the airport that bears his name.

"This art piece is preserving his memory, enhancing his memory and reminding people about they cared so much for him as a president and person," said Begley.

Travelers are stopping, snapping photos and reading more about the young naval aviator who would become president.

"He served the country from World War II on, a great man. It's very sad to me," said one traveler.

President Bush never gave up his passion for flight, even skydiving at 90 years old.

"To be on this planet for 90 plus years is amazing," said Pamela Crockett. "I just don't think the world will be the same without him,"

United Airlines flight crews left the president a note- "Fly high George" they wrote. Passengers from around the world dropped off flowers taking time out of their travels to remember an American leader.

"He had a very special place for the country, but particularly for us in Houston where he chose to make his home," said Trevor Cox.