Barbara Bush gravesite opens to the public for the first time

The grave is located behind the George Bush Presidential Library in College Station. Watch raw video from the site's opening this morning. 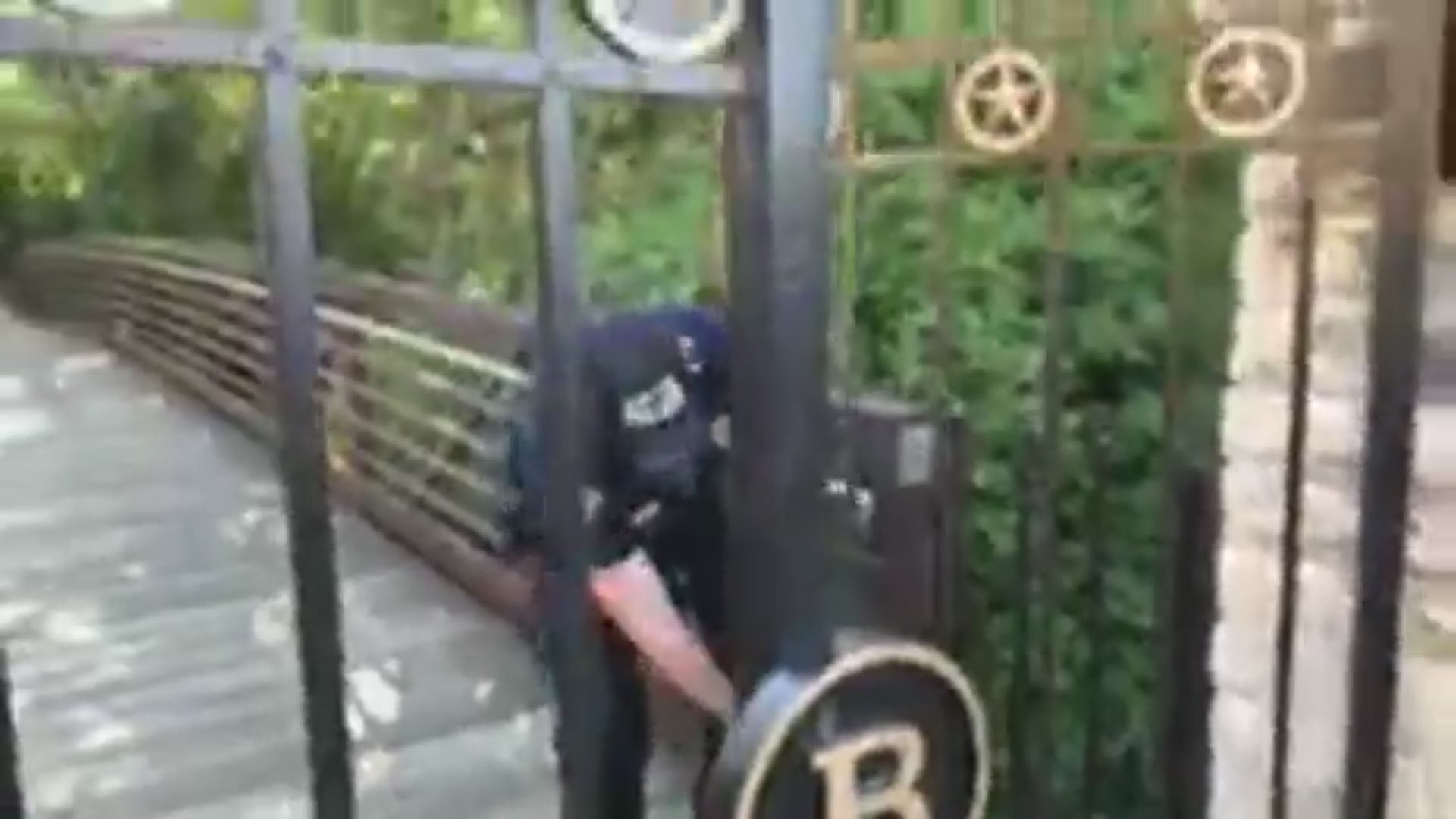 COLLEGE STATION, Texas – The details about visitation of Barbara Bush's grave are now on her website as the family's gravesite opened to the public Monday.

Even before the 9:30 a.m. opening time there were dozens of mourners in line waiting to pay their respects. They are among the first members of the public to see the site since Mrs. Bush's burial.

The grave is located behind the George Bush Presidential Library in College Station.

Stairs along the side of the library lead down to a sidewalk that wraps around a manmade pond. Off to the side, a wrought-iron gate, marked with a gilded "B" invite you to visit the Bush family grave site during library hours.

Wreaths of pink roses draped with strands of pearls flank either side of the gate. 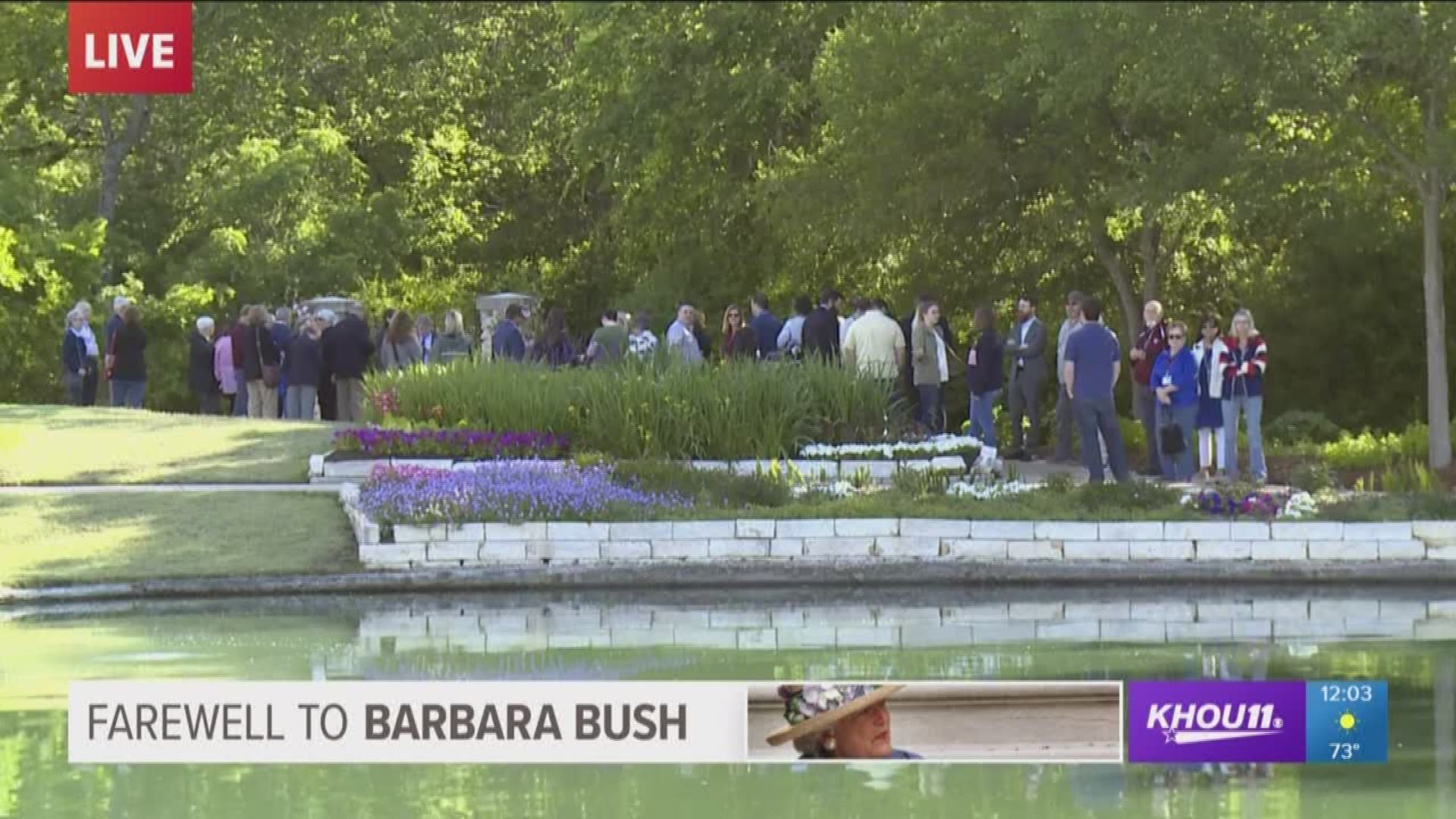 Just beyond the gate is a bridge that connects you to a pathway which leads you to the graves of Barbara Bush and her daughter Robin, who died from Leukemia when she was 3 years old.

The library was swarmed with visitors Sunday too, but they were not yet allowed in to visit the grave.

"We just felt compelled to come and pay our respects," said David Parsons. He and his wife Jan traveled to the library from Houston. So did Danielle Jackson. "She was who she was. She didn’t put a front on," said Jackson. "And the biggest part is that she was kind."

"Oh," gushed Houstonian Antoinette Boudreaux, "the serenity of it is just unbelievable. And the pearls just made our day." 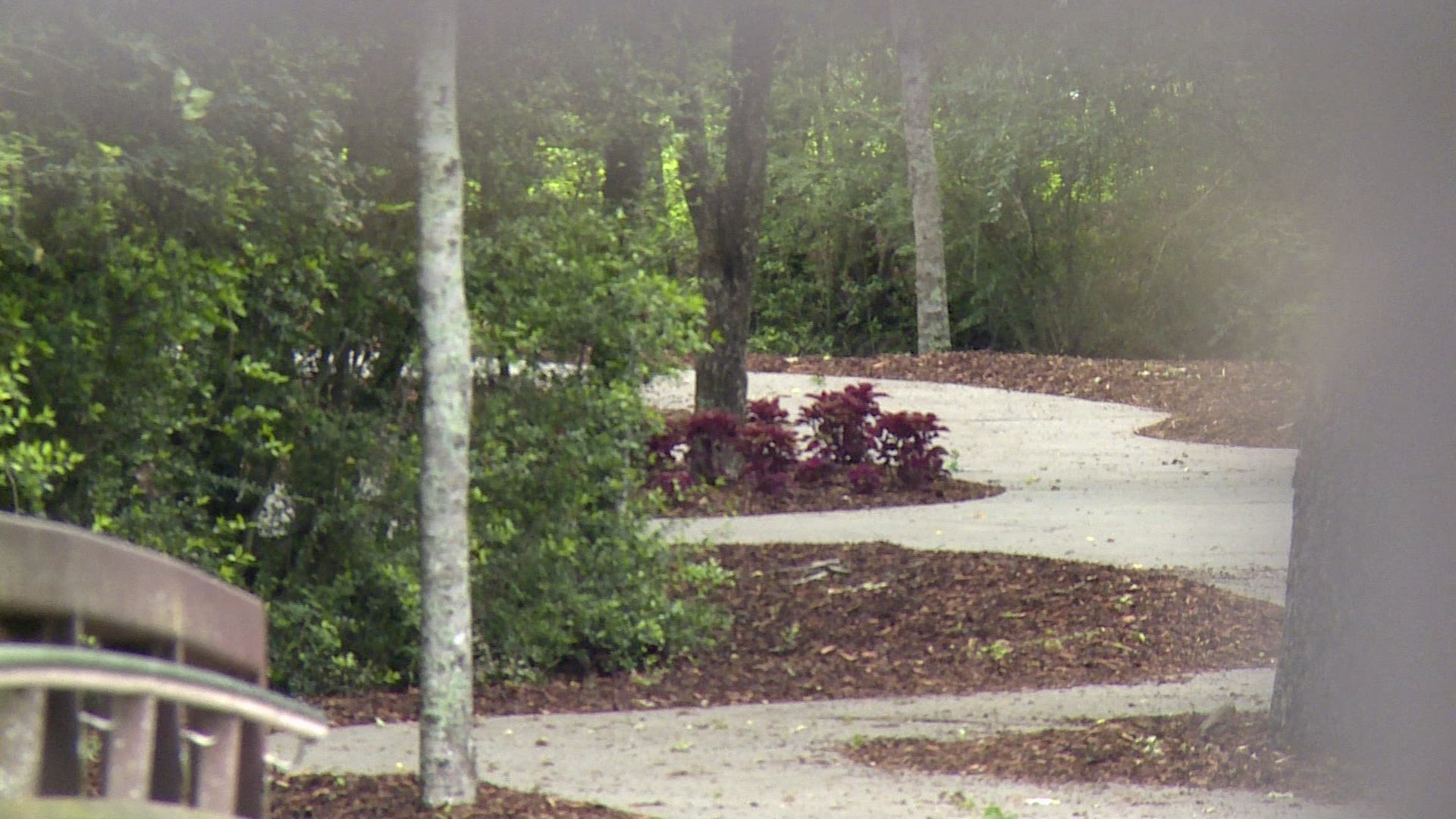 "It’s joy! It just reminds me of what she always spoke about. Never forget to laugh. Enjoy life," said visitor Sylvia McMillan of Tomball. "Let me put her in a little piece of my heart so I will never forget: we were children once, and that humility and being humble is just beautiful."

"It’s exactly what I expected, but more beautiful," said Rochelle Wunsch, who was visiting from Sugar Land.

Wunsch and her husband, Lee, stopped in College Station on their way back to Houston from Dallas.