A look at the train that will take President George H.W. Bush to final resting place

The custom-painted train is decorated with colors and elements of the Air Force One used during President George H.W. Bush's presidency. It bears the number 4141. 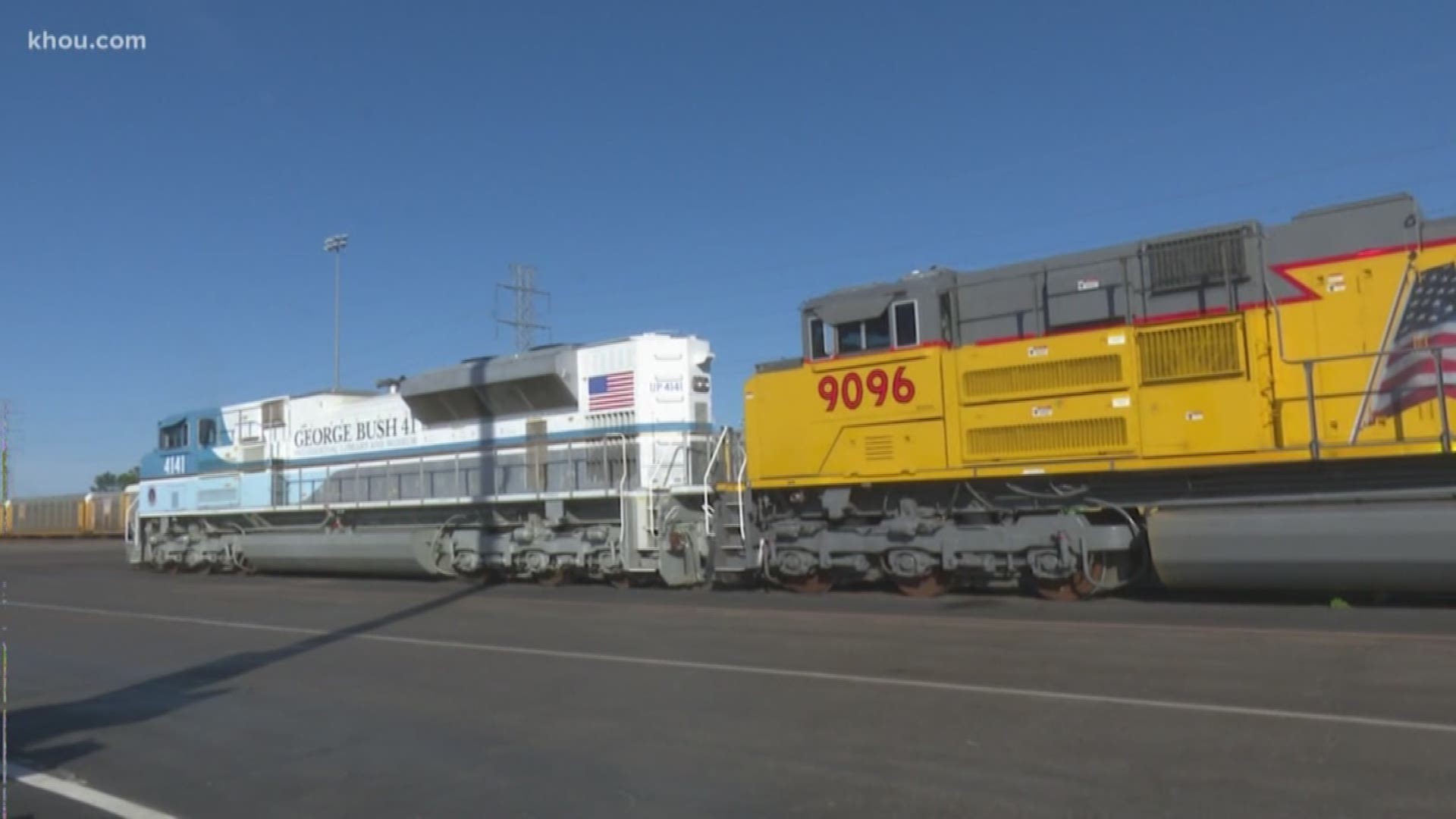 HOUSTON – The body of President George H.W. Bush will be traveling by train from Houston to his final resting place in College Station Thursday.

There will be a funeral service at 10 a.m. at St. Martin’s Episcopal Church in Houston before the train makes travels through Spring, Tomball, Magnolia and Navasota. The train will not be making any stops but will be traveling slower than normal.

The casket will be visible to give as many mourners along the route a chance to say goodbye.

There is always a travel plan in place when a President passes away and President Bush specifically requested he be taken to his burial site by train. Bush will become the 8th president to be taken by train for burial and the first since President Eisenhower.

"It's an opportunity for a large swath of people to show their thanks for someone who's done so much for this country," said Scott Moore, Senior Vice President of Union Pacific.

HOW DOES THE TRAIN LOOK?

President Bush’s Union Pacific locomotive will be used along with several other train cars. In 2005, Union Pacific Railroad honored President Bush with a custom-painted locomotive. They decorated the train with colors and elements of the Air Force One used during Bush’s presidency. It bears the number 4141.

UP 4141 marks only the sixth time that Union Pacific has painted a locomotive in colors other than the traditional “Armour Yellow” paint.

“Union Pacific felt this was such an historic and important exhibit that creating UP 4141 was an appropriate way to recognize President Bush and his life-long service to our country,” said Union Pacific Chairman and CEO Dick Davison.

This custom-made locomotive was revealed to the former president during a ceremony near the George Bush Presidential Library and Museum on Texas A&M University campus.

The former president loved the train so much he asked Union Pacific staff to let him take the controls. Crews trained Bush and let him go on a two mile ride down the rail.

"President Bush personally had a connection with the railroad," said Union Pacific spokeswoman Brenda Mainwaring. "He traveled by rail so often."

Mr. Bush's farewell ride on 4141 will special in many ways. It will be one last journey down the Texas countryside he loved so much.