The Republican grew up in Houston's East End and says she was the first Latina elected to statewide office in Texas. 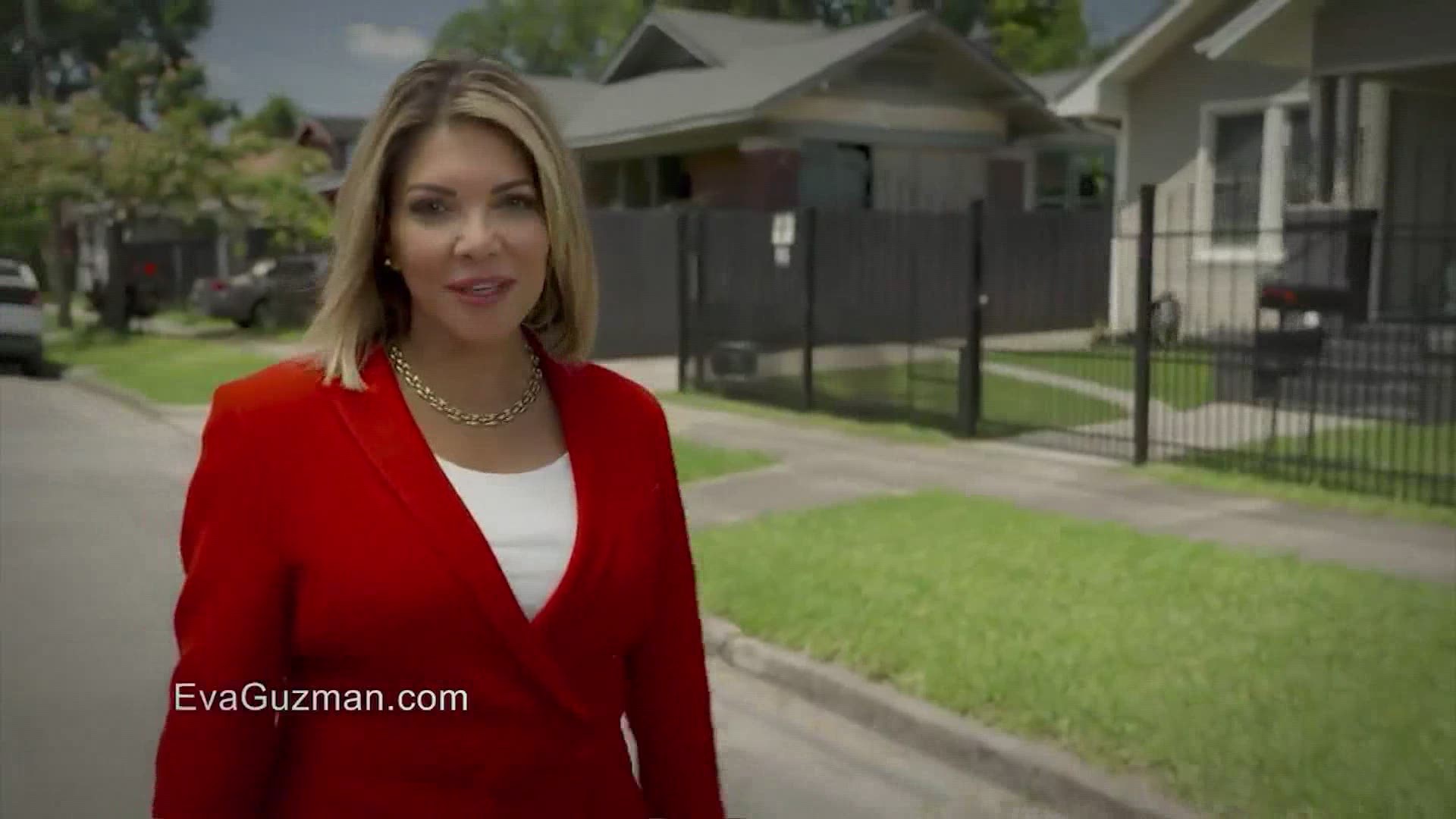 AUSTIN, Texas — Eva Guzman, the Republican former justice on the Texas Supreme Court, officially began her campaign against embattled Attorney General Ken Paxton on Monday, according to the Texas Tribune. She pledged to bring "honor and integrity" to the office as well as an extensive legal background that could set her apart from another primary candidate, George P. Bush.

"I'm just what Texas needs because I have the experience, the proven integrity, the conservative values," Guzman said in an interview, adding that she has shown she can "put together winning teams" — a reference to her distinction as the highest vote-getter in Texas history at the time of her last statewide race.

Guzman's formal entrance into the race comes 10 days after she left the court — and a week after news broke that she filed paperwork to run for the office. Bush, the land commissioner, announced his Paxton challenge early this month.

Guzman made her bid official in a roughly two-minute video during which she talks about growing up in Houston's East End, going from "humble beginnings to the Texas Supreme Court" and working to secure justice for families like hers.

She says she is running for attorney general "to protect our border, to ensure elections are fair, to fight the overreach of the federal government and to alway support the police who keep us all safe."

I’m running for Texas Attorney General! Follow me at https://t.co/tV3uq3fnTz and watch my announcement video today!

The attorney general's race has drawn early and intense interest as Paxton battles two legal sagas. He has been fighting felony securities fraud charges for most of his time as the state's top law enforcement official, and he more recently has come under FBI investigation over claims he abused his office to aid a wealthy donor. He has denied wrongdoing in both cases.

While Bush announced his campaign June 2 with a speech that sharply attacked Paxton for his legal troubles, Guzman suggested her campaign would not be as primarily focused on those issues and would be more well-rounded to include her experience and ideology. Still, she noted she spoke with a prospective supporter Sunday night who said Texans "deserve an attorney general who is not entangled in personal issues" — and Guzman said she agreed.

As for Bush, Guzman said the big difference between the two was legal experience. She had been on the bench for 22 years, serving on the 309th District Court in Harris County and the Houston-based Fourteenth Court of Appeals before the state Supreme Court.

"We look at experience, and Texans want that. Texans deserve that," Guzman said, adding that there is also an issue of credibility. "Judges want credible lawyers. Credible lawyers being their reputation, their intellect and their ability into the courtroom."

After his campaign announcement, Bush defended his legal credentials, telling reporters he uses “my law degree every day at the General Land Office, but my background is UT Law, clerked for a federal judge, worked in a private law firm."

Former President Donald Trump has promised to make an endorsement in the primary, though it remains to be seen if Guzman's candidacy alters his plans. Before Bush started his campaign against Paxton, Trump released a statement saying he likes "them both very much" and that he would make an endorsement "in the not-so-distant future."

"I'm in a three-way primary," Guzman said. "I welcome all the support I could get, including from former President Trump."

Guzman had served on the Supreme Court since 2009, when then-Gov. Rick Perry chose her to become the first Hispanic female justice. Her second full term on the court would have expired at the end of next year, and Gov. Greg Abbott will get to appoint her successor on the all-GOP court.

On the Democratic side of the race, Paxton has a challenge from Joe Jaworski, a Galveston lawyer and former mayor of the city. Lee Merritt, the nationally known civil rights attorney from North Texas, has said he is running for attorney general but has not disclosed which primary he is running in.

This story is from our news partners at the Texas Tribune.