A tale of two polls: Who's really winning Texas?

A day after one poll showed Joe Biden up 3 points, new polling shows President Donald Trump with a narrow lead with eight days to go until Election Day. 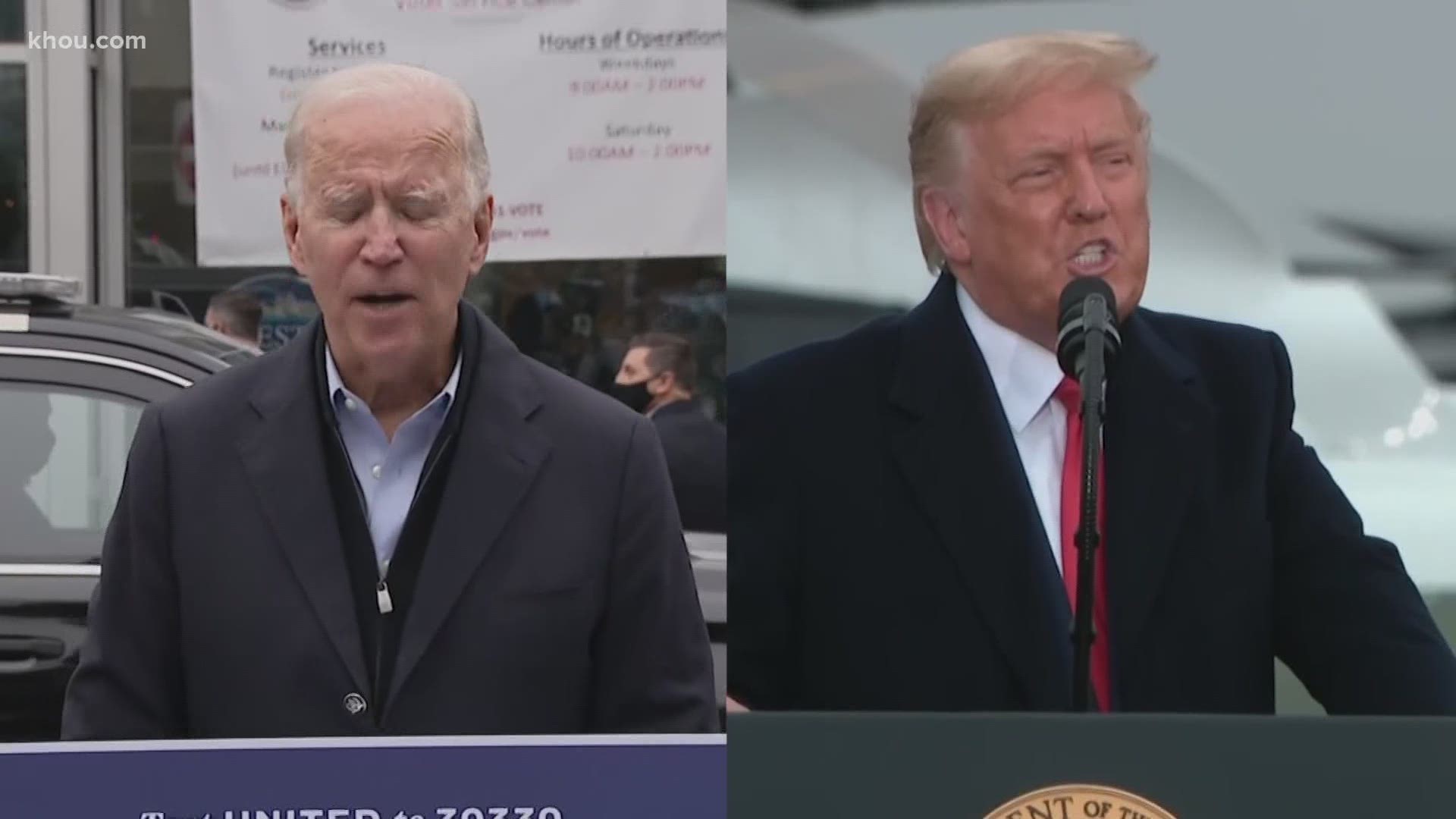 HOUSTON — With eight days until Election Day, President Donald Trump and former Vice President Joe Biden both spent the day in Pennsylvania, a key battleground in the race to 270.

That now includes Texas, where polls remain tight and turnout is historic. On Sunday, a Dallas Morning News poll had Biden up 3 points in the Lone Star state.

But on Monday, two newly released polls say Trump is up. The New York Times/Siena College poll puts Trump up 47 to 43 and a University of Houston poll has Trump up 50 to 45.

So which one is right?

"Voters have to look at polls not as a single poll, look at them all together and literally average them," Stein said.

When you do that, a poll of polls shows an even tighter race with Trump up 1 point on Biden. Stein said what's clear is Texas is closer than ever before to turning blue.

"The President is closer to winning the state than Mr. Biden, but that's by no means a certainty," Stein said.

On this day four years ago, national polls showed Hillary Clinton up 46 to 40 on Trump. So did nearly every poll in most battleground states. Clinton did win the popular vote but lost the Electoral College by less than 80,000 votes.

"In 2016, there was nothing wrong with the polling with the exception of a handful of states in the late going, Wisconsin, Michigan and Pennsylvania," Stein said.

Could the polls be slightly off in 2020? Sure. Pollsters said it's possible, but not likely.

"I liken it to playing a game of cards," Stein said. "Every once in a while four aces do pop up. It's not often, but it does not mean it does not happen."