The rally concluded a four-day march from Georgetown, Texas to Austin, where dozens of voting rights activists marched to push for a federal voting bill. 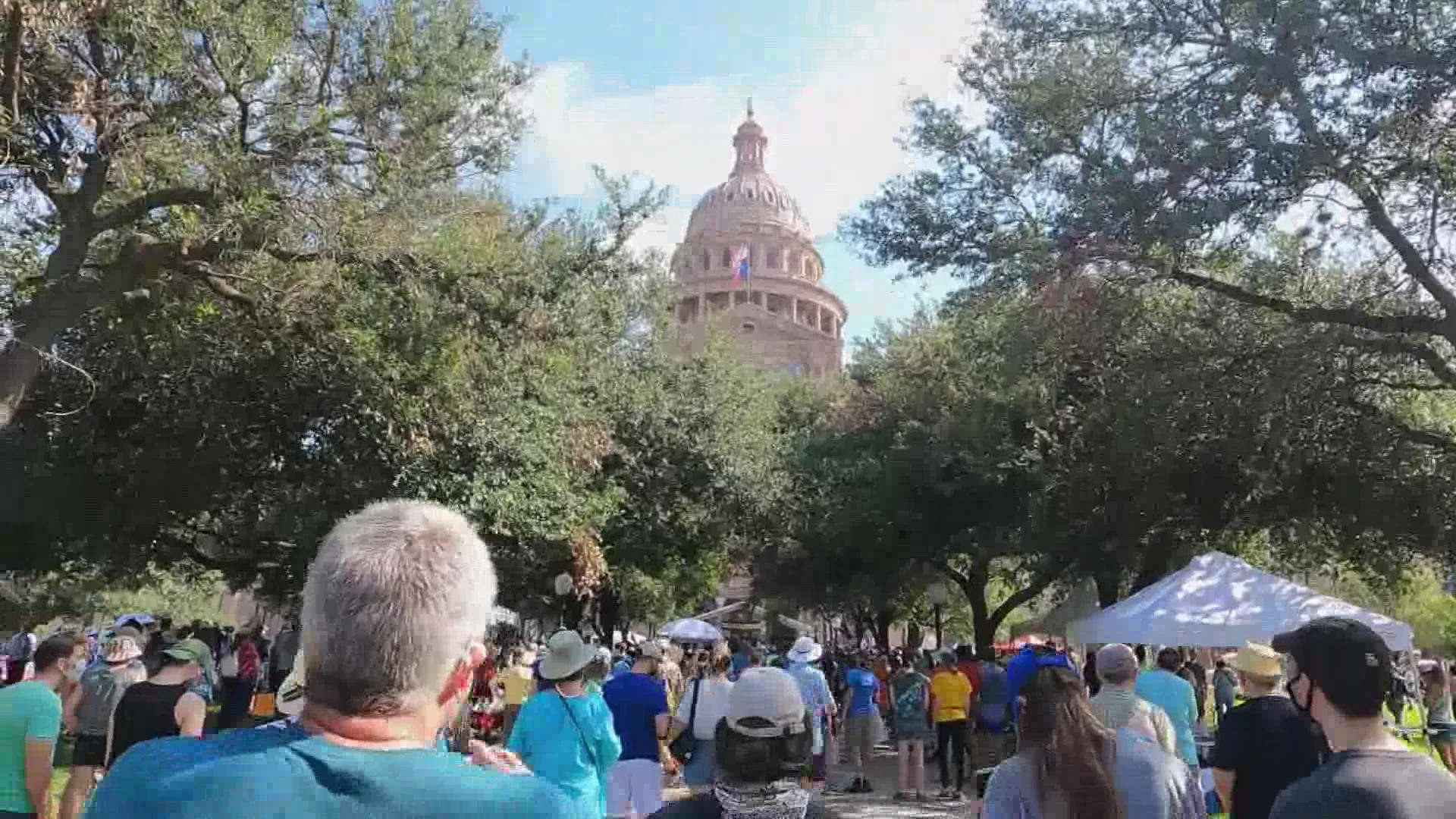 AUSTIN, Texas — The fight to pass federal voting legislation hit a fever pitch on Saturday at the Texas State Capitol.

Hundreds marched and rallied in Austin, pressuring lawmakers to make the For The People Act law which protects voting rights and would stop the Texas voting bills from moving forward. If the For the People Act is passed, it has the potential to block voting restrictions currently being considered in several states, including Texas and Georgia.

The Poor People’s Campaign organized the three day march from Georgetown to Austin.

They sent a loud message to lawmakers in the state and in Washington.

The brutal summer heat did not stop people from all over Texas from coming together and marching for issues that impact many of them. They included protecting the individual right to vote.

“My father fought in World War II for democracy, so I think the least I can do is be out here and protect democracy and our right to vote," said Lydia Nuñez, a Houston voter in Austin.

They also marched for other issues, like ending the filibuster, ending poverty and raising the minimum wage to $15 an hour.

Their march led them to the steps of the state capitol where they raised not just signs but their voices demanding action to take care of those they say are under attack.

“Those seeking to limit access to the vote will strangle liberty and justice for all," said Luci Baines Johnson, the daughter of President Lyndon B. Johnson.

“There are people from every single part of this state who chose to be here right now to stand up and be counted at this moment of truth for our state for our country and for democracy," said Former Rep. Beto O’Rourke.

Republicans said they’re only trying to make elections safer and called the march a publicity stunt.

However, for the people who stood in the heat, this is real.

“This is about the possibility of a more perfect union in which everybody is lifted and from the bottom we lift a whole nation," said Rev. Dr. William Barber II with the Poor People’s Campaign.

I’m glad to have @WillieNelson, a son of Texas, join the #PoorPeoplesCampaign. His collaborations over the years with the likes of jazz legend Wynton Marsallis and soul singer Lionel Richie are the sort of fusion we need to resurrect the promise of a multiethnic democracy. pic.twitter.com/O3D6V5Ijcx

The rally ended with a mini concert from country legend Willie Nelson who said the power of voting belongs to all of us.

“The biggest gun we’ve got is called the ballot box,” Nelson sang. “If you don’t like who's in there, vote them out.

O'Rourke believes progress is happening in D.C. as Texas Democrats are reportedly working on a new version of the legislation.

“This is already the toughest state in which to vote, we don’t need to make it any harder on our fellow Texans," O'Rourke said.