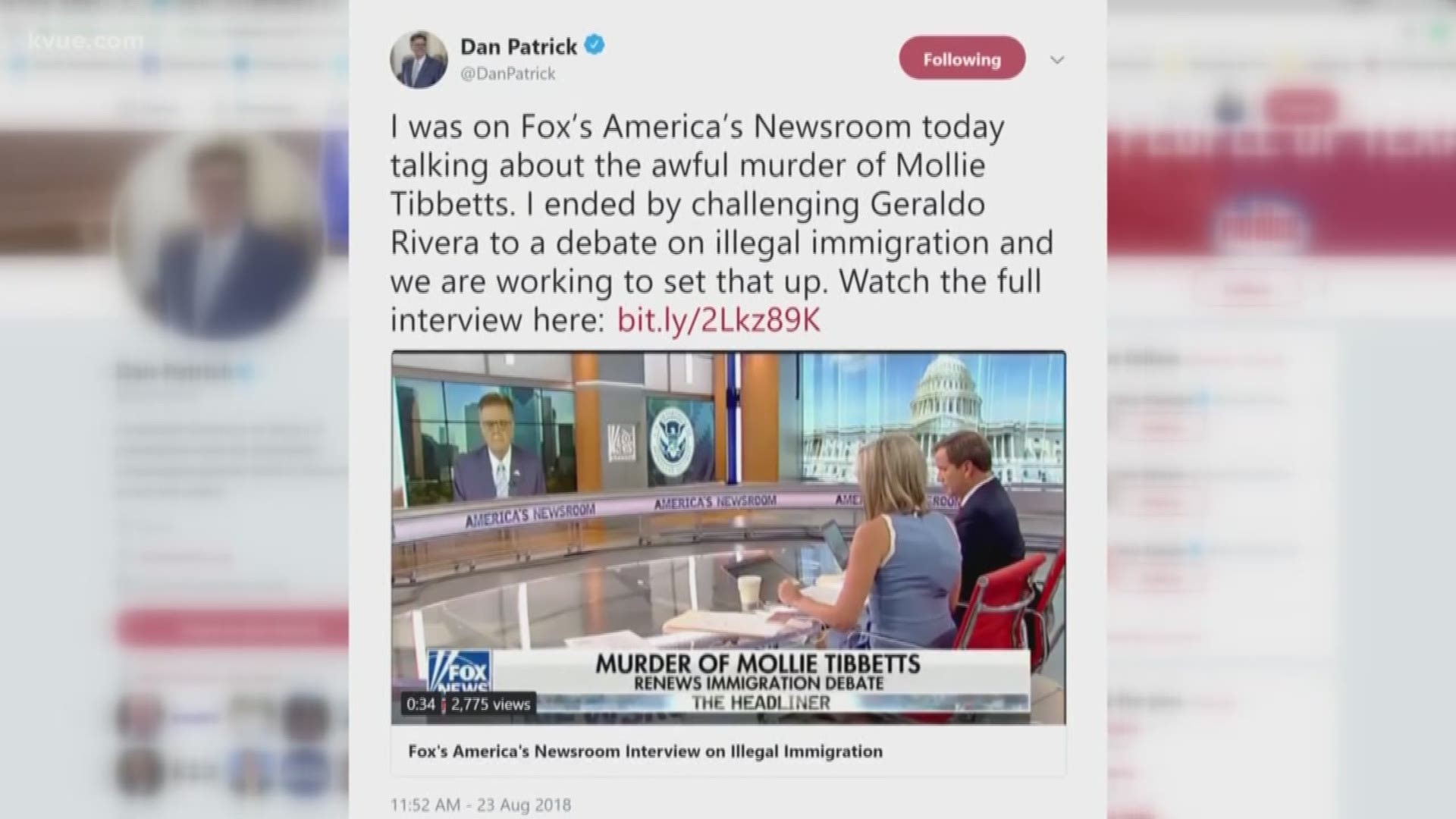 AUSTIN — Lt. Gov. Dan Patrick (R) will get another four years to act as President of the Senate of Texas.

On Election Day Tuesday, Patrick defeated his Democratic competitor, Mike Collier, a Houston accountant who has yet to be successful in his political career, according to the Texas Tribune.

This win sets up a second consecutive term for Patrick. He was previously elected in 2014, winning the general election by almost 20 points. He touts accomplishments from the Texas Senate including passage of legislation to increase support for border security and reducing the franchise tax -- a business tax that helps lower property taxes but also helps fund public education in times of low revenue -- by 25 percent.

Patrick is also well known for his stance on abortion in Texas and his support of the controversial “bathroom bill” in 2017, which would have impacted people who identify as transgender if it were signed into law.

Patrick’s second term will begin in January 2019 when the legislative session begins.