A rally will be held in front of the Texas Capitol on Saturday and Willie Nelson is expected to perform with a band, Beto O'Rourke announced. 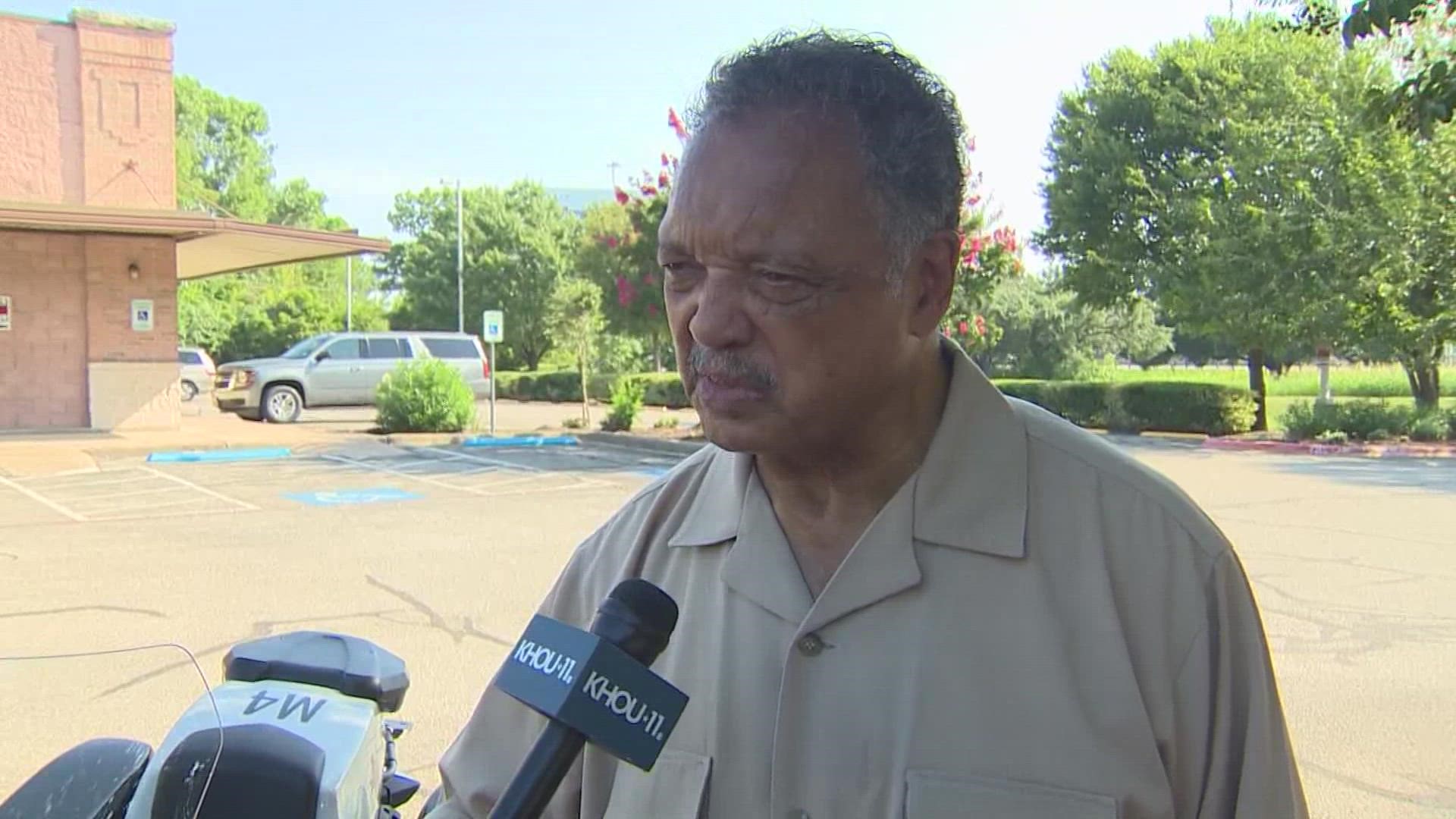 TEXAS, USA — Rev. Jesse Jackson has joined Beto O'Rourke and dozens of voting rights activists during their march to the Texas Capitol to push for a federal voting bill.

KHOU 11 Reporter Janelle Bludau caught up with O'Rourke at about the 6-mile mark of Day 2 of the march and said he believes progress is happening in the Senate.

Texas Democrats are reportedly working on a new version of the For The People Act that O'Rourke hopes will put provisions into place to make it easier for Texans to vote.

“This is already the toughest state in which to vote, we don’t need to make it any harder on our fellow Texans," O'Rourke said.

O'Rourke believes a new voting bill should include:

“You have people who are out here, in the hot sun, marching a total of almost 30 miles and they’re doing it to make sure we have free and fair elections in Texas," said O'Rourke.

If the For the People Act is passed, it has the potential to block voting restrictions currently being considered in several states, including Texas and Georgia.

“We have to protect the right to vote," Jackson told Bludau.

O'Rourke, Jackson and the rest of the activists plan to reach the Texas Capitol on Saturday where a rally has been planned for 10 a.m.

O'Rourke announced the rally is free and country singer Willie Nelson is scheduled to perform with a full band.

WILLIE AT THE CAPITOL: @BetoORourke tells us @WillieNelson will be performing this Saturday at their voting rights rally at the State Capitol. Rally starts at 10am. @KHOU @UniteThePoor pic.twitter.com/URSFJQYXrs