Crenshaw, a Republican, has held the seat since 2018, but Ladjevardian, a Democrat, is hoping to unseat him. 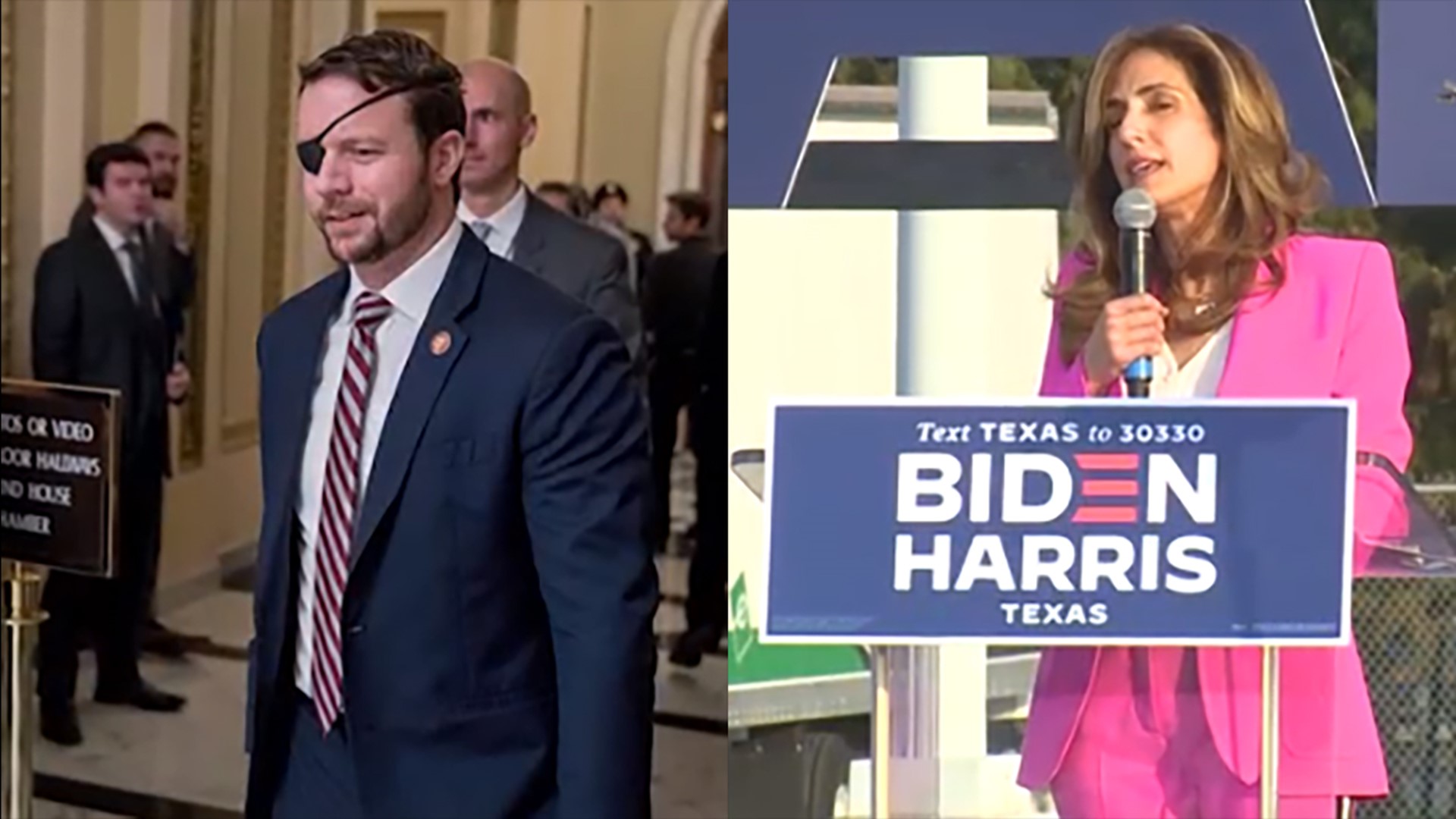 HOUSTON — Rep. Dan Crenshaw is facing attorney Sima Ladjevardian in the race for Texas' 2nd Congressional District. In an arch that stretches from Kingwood to west Houston, the 2nd District was won by Crenshaw, a Republican, in 2018.

“If you look at the last couple years, we’ve focused on what matters to Houstonians," Crenshaw said.

Trying to unseat him is Ladjevardian, a Democrat. She's an attorney, immigrant and breast cancer survivor we spoke to this week. Ladjevardian is running on expanding the Affordable Care Act and lowering prescription drug costs.

“I had to deal with it one time when I didn’t have my cancer card and that one pill was literally $1,000, so it’s very close to my heart," she said.

She’s also made attacking Crenshaw on his response to the pandemic a central part of her campaign.

Crenshaw defends his decisions, saying he was following the advice at the time from the Centers for Disease Control and Prevention.

“They were encouraging people not to go get masks and so I repeated what the public health experts said, and as they changed their tune, I went and bought 50,000 masks and handed them out to the public," he said.

Crenshaw said that during the pandemic, his views have reflected the needs of his district.

“Texans want their businesses open; they want their schools open and it seems like Democrats are clamoring to keep it all closed and tell you how to live your life," he said.

The seat has long been held by Republicans in recent years. However, Ladjevardian said, like Texas, the district is becoming more competitive and is one Democrats want to win back.

“Beto (O'Rourke) lost this district just by 3,000 votes, we’ve had 60,000 registrants since then. The district is 40% minority, the demographics have changed," she said.

Before Crenshaw, it was Ted Poe who held Texas' 2nd Congressional seat. He flipped it from the Democrats in 2004.