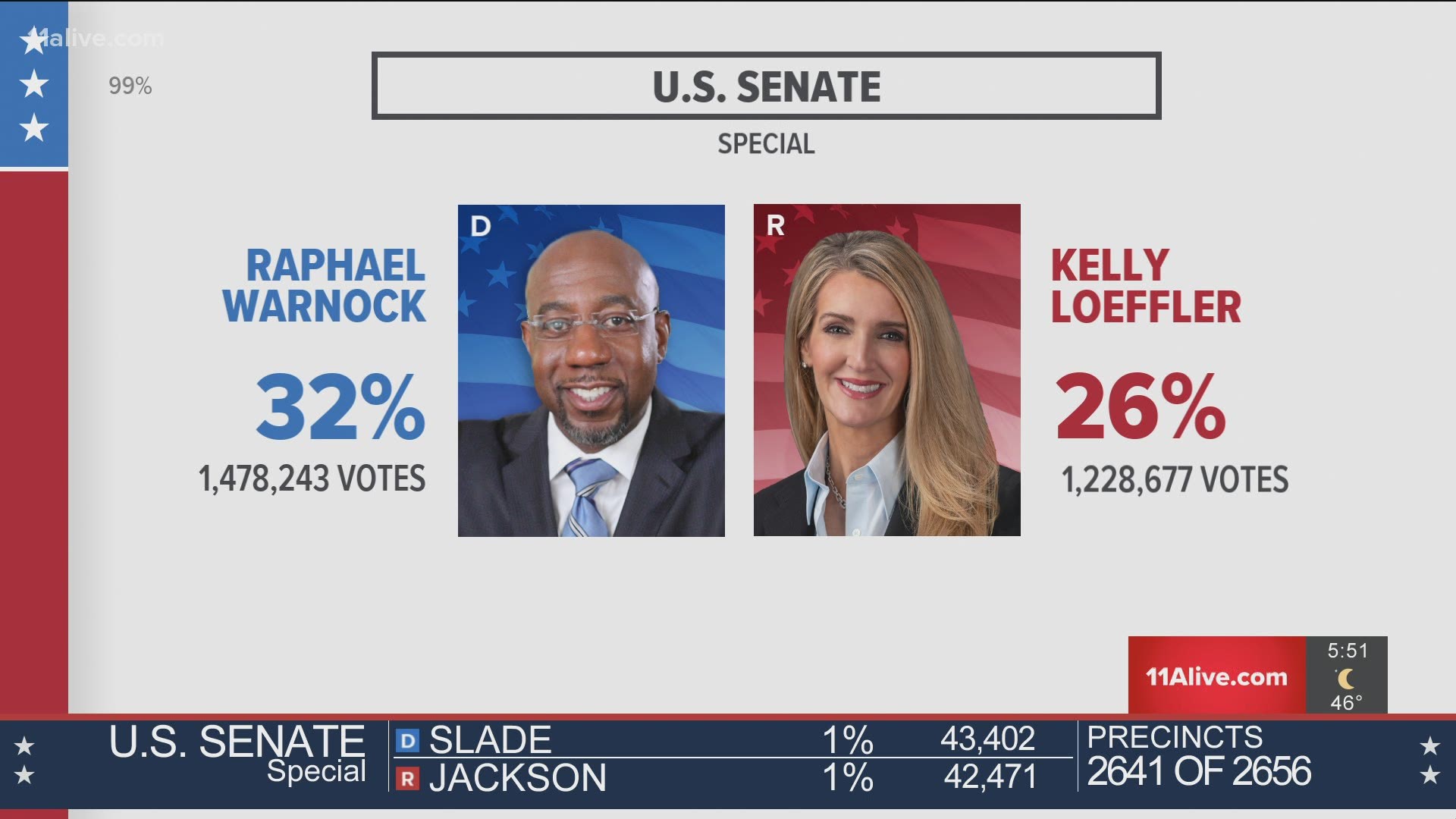 Races go to a runoff when neither of the candidates gets a margin of 50% +1 vote. When that happens, the two candidates with the most votes qualify for the runoff.

The crowded field also included Republican Rep. Doug Collins, who had hoped to face Loeffler, but he never led the race and ended the night with 22% of the vote - or 763,637 votes. He conceded the race in a tweet, writing, "(Loeffler) has my support and endorsement. I look forward to all Republicans coming together."

I just called @kloeffler and congratulated her on making the runoff. She has my support and endorsement. I look forward to all Republicans coming together. Raphael Warnock would be a disaster for Georgia and America.