24-hour voting in Harris County will also be available the last day of early voting at seven sites. 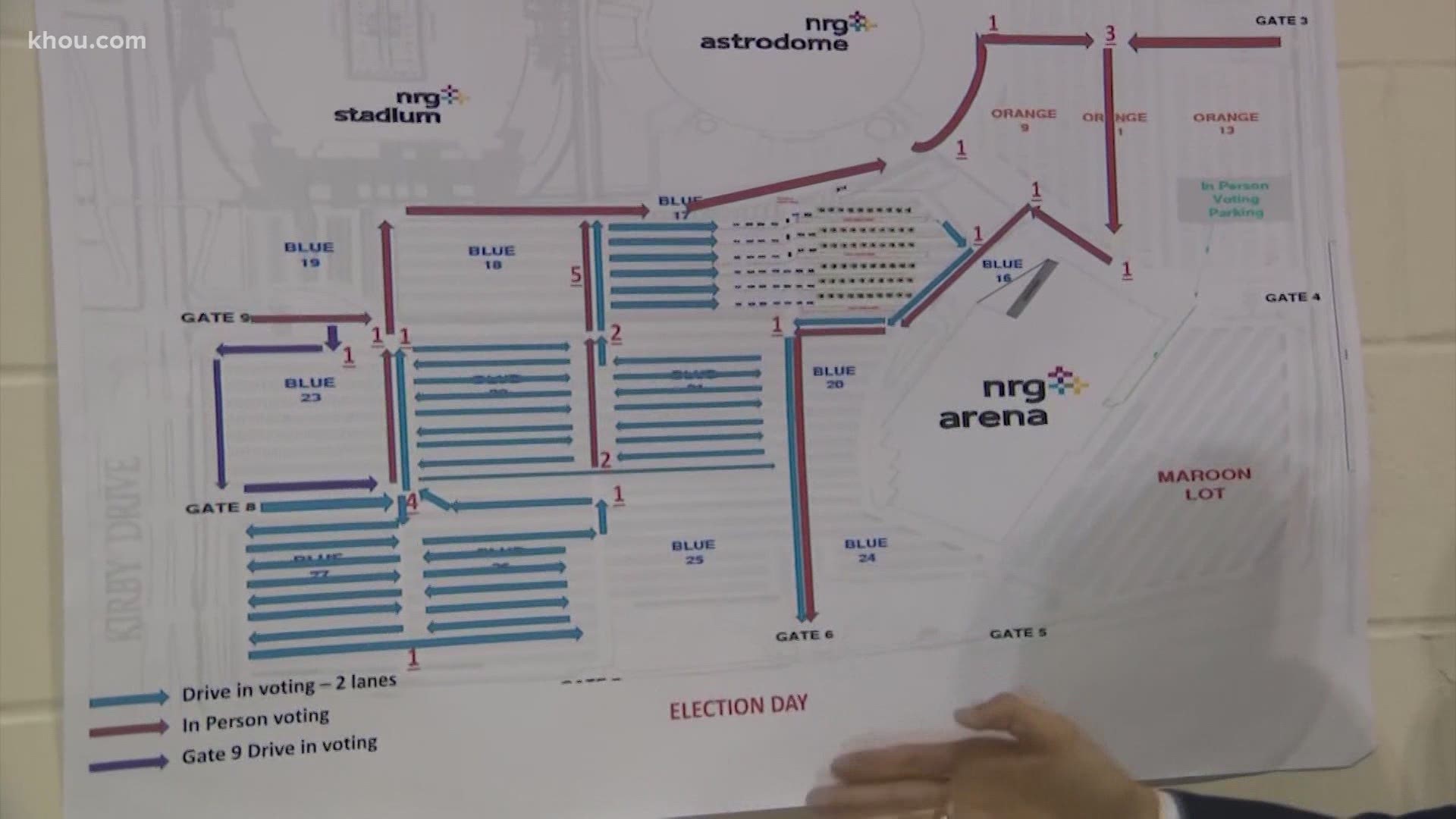 HOUSTON — So far in 2020, Harris County has already sent out more than double the total number of mail ballots from 2016.

About 1,500 voters have brought their completed ballot to NRG Park. However, if you’re voting early in person instead, expect more options -- and longer hours.

“Voters will be able to come in unimpeded to cast their ballot,” Harris County Clerk Chris Hollins said.

In the middle of a pandemic with a virus that makes close contact dangerous, polling sites are getting bigger to space voters farther apart.

“We’re going to make this the most accessible election in the history of the State of Texas,” Hollins said.

Hollins plans to open a record 122 early voting centers. There were 46 during the last presidential election – a record back then.

In Fort Bend County, election officials will use the Smart Financial Centre in Sugar Land as a mega voting center.

“This is going to give access to thousands of voters because it's an ideal location,” Fort Bend County Judge KP George said.

“Regardless of your circumstances, if you want to vote from the safety and convenience of your vehicle, then you can vote (at) NRG Arena, you can vote at Toyota Center, at the Houston Food Bank, and many other locations across Harris County,” Hollins said.

Another first for Texas: 24-hour voting in Harris County on the last day of early voting. That’ll happen at seven polling sites.

🌝 Here are the locations for 24-Hour Voting on October 29th! 🌝 pic.twitter.com/07Ao3boSqD

You can check wait times for all early voting sites at HarrisVotes.com.

“We’re going to make sure that Harris County voters have as much access to the polls as ever,” Hollins said.

Gov. Greg Abbott extended this election’s early voting period by six days because of the pandemic.