"The process of democracy right now is about tedious accuracy," said Isabel Longoria. "I can say our staff is running on fumes. We’ve been working 24/7." 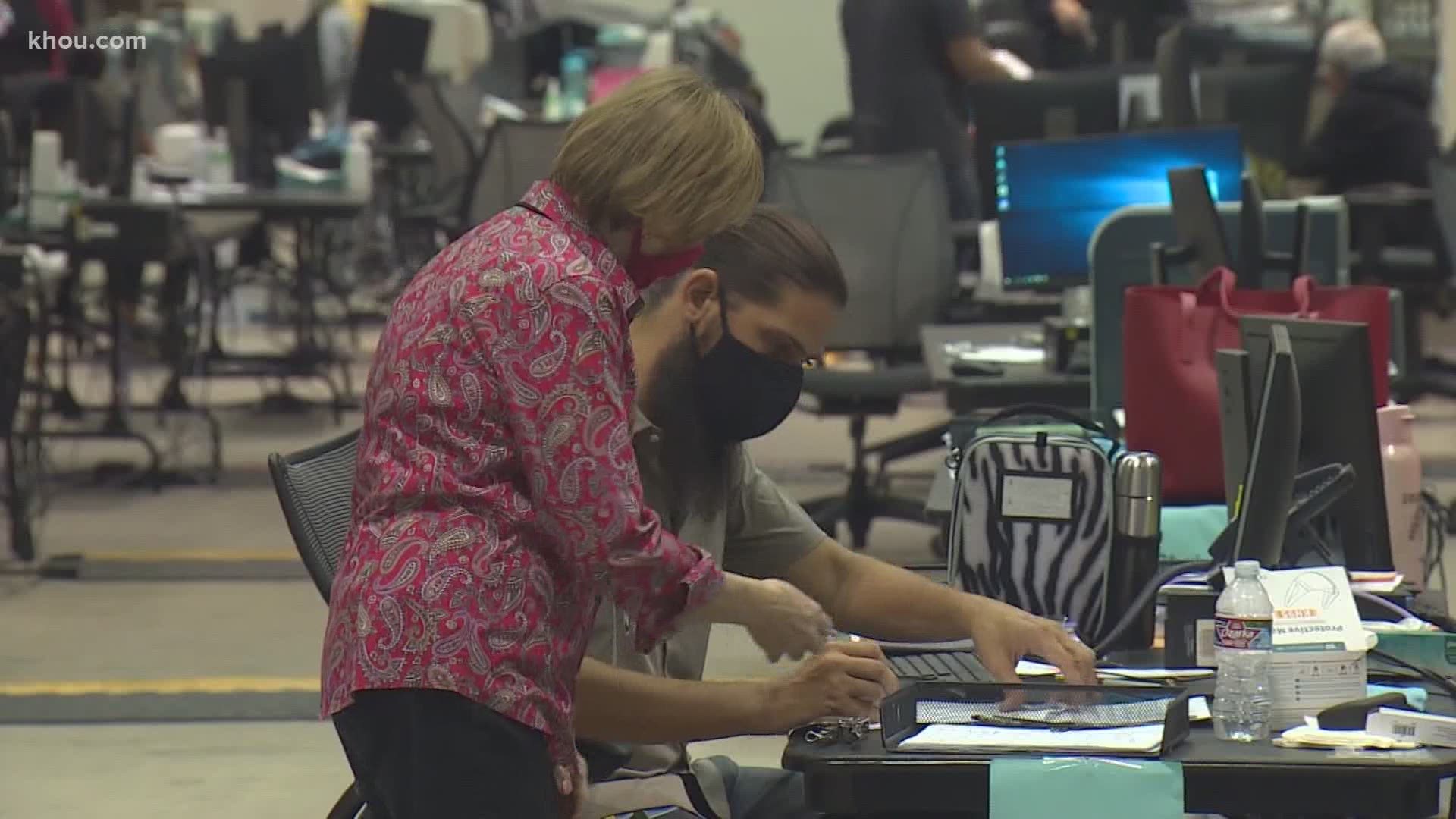 HOUSTON — Harris County is still counting ballots, too, just like counties all across Texas. We’re not focused on that right now, because Texas went to President Donald Trump on election night. But more than 100 people are working around the clock inside NRG Arena, Harris County’s election headquarters.

“Quite frankly, the process of democracy right now is about tedious accuracy,” that is being double-checked by a ballot board of made up of both Republicans and Democrats, Longoria said.

“A lot of it is just on a computer. So for the mail ballots, for example, you get a person’s signature from their application and the signature from the ballot and you have a Democrat and a Republican just saying, yes, yes, question. Yes, yes, question. And anything that’s questioned goes to a specialized team,” that will reach out to a specific voter to verify that all information on the ballot is correct, Longoria said.

“I can say our staff is running on fumes. We’ve been working 24/7,” Longoria said.

The whole process is being monitored by about a dozen poll watchers.

Guess what?! @HarrisVotes is still counting ballots too. @LongoriaTx explains how votes are counted, what’s happening now and she talks about the poll watchers who continue to observe America’s democratic process. More on #khou11 at 4:30. pic.twitter.com/fPn3z8zFVX

“And we appreciate it because it’s about holding us accountable and making sure the integrity of the democratic process and our elections are maintained, so that when we get a final count no one has a single doubt that the votes in Harris County came out exactly as they should have," Longoria said.

There are a lot of votes to count. Unofficial numbers show more than 1.6 million people voted in Harris County. And while the national spotlight is not on Houston election workers, “I can tell you at city council last year, from personal experience, there’s been tight races. Even for some of our smaller cities now, Baytown for example. There’s tight races. It may not be the presidential, but that’s why every vote matters," Longoria said.

The Texas Election Code requires all 254 Texas counties certify their election results no later than 14 days after the election, or in this case, by Nov. 7.