The Texas secretary of state’s office announced late Thursday that it has begun a “full forensic audit” of the 2020 general election in four Texas counties. 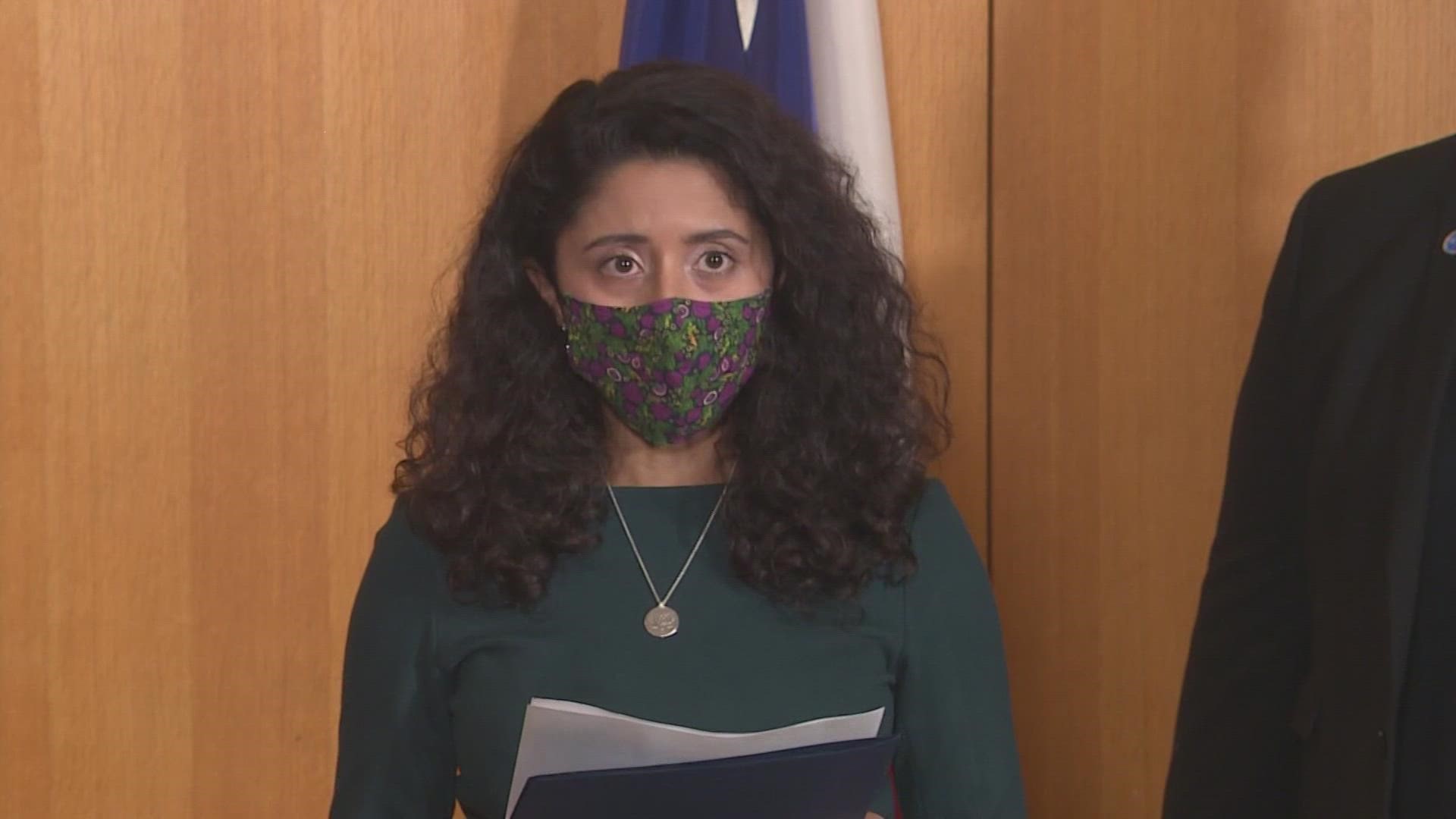 Hidalgo called the move a "political ploy by a former president and someone who is trying to party favor."

All around the nation we’ve seen sycophants in public office using taxpayer funds to audit the 2020 election results, 11 months later.

We have to treat these for what they are: A sham, and a dangerous and cavalier assault on our democracy.

The Texas secretary of state’s office announced late Thursday that it has begun a “full forensic audit” of the 2020 general election in four Texas counties: Collin, Dallas, Harris and Tarrant. But the statement from that agency did not explain what prompted the move.

There has been no evidence of widespread voter fraud in Texas in 2020.

According to Hidalgo, the state’s former secretary of state called the 2020 Texas election “smooth and secure.”

“Harris County ran one of the most accessible and secure elections in modern history. We saw record turnout from both parties and we were proud of that. I was proud of that," Hidalgo said Friday.

Sam Taylor, a spokesperson for the office, did not immediately respond to a request for comment. The announcement came hours after Republican former President Donald Trump requested Gov. Greg Abbott add an election audit bill to this year’s third special session. While Trump lost his reelection bid, he did win in Texas.

"While other people continue the political posturing and petty fights of the past, we will continue preparing for this November’s elections," she said in a statement. "We encourage Harris County residents to register to vote by the October 4 deadline."

Elections officials in Collin, Dallas and Tarrant counties did not immediately respond to requests for comment late Thursday.

It was unclear if Trump's request spurred the announcement from the secretary of state’s office. Texas does not currently have a secretary of state. Former Secretary of State Ruth Ruggero Hughs, who oversaw the 2020 elections, resigned when the Texas Senate refused to confirm her appointment. Abbott has not yet picked a replacement. A spokesperson for the governor did not immediately respond to a question about the audits late Thursday.

Taylor’s press release said the agency has “already begun the process in Texas’ two largest Democrat counties and two largest Republican counties—Dallas, Harris, Tarrant, and Collin.” While Tarrant has long been a Republican stronghold, Democratic President Joe Biden narrowly beat Trump there, according to the county's election results. The release said the agency expects the Legislature to provide funds for the audits. It did not describe what the audits entail.

Trump has pushed baseless claims of massive voter fraud for months since he lost the election last year — as he did after winning in 2016 — and has mounted numerous legal challenges to the certification of the 2020 election’s results.

Many Texas Republicans have echoed or supported Trump’s efforts to cast doubts on the election. But few Texas voters actually believe voting fraud is common, with only 19% believing ineligible people frequently cast ballots, according to a University of Texas/Texas Tribune Poll from June.

On Jan. 6, as Congress prepared to certify the results of the election, Trump again falsely claimed at a rally in the nation's capital that he had won a second term. After that gathering, a mob of pro-Trump rioters clashed with police, scaled the U.S. Capitol walls and violently forced their way into lawmakers’ offices and onto the floors of the House and Senate.

Some Texas Republicans denounced the Capitol insurrection, but they didn't acknowledge their role in stoking false claims about the election that led to the day's violence.

Paxton made an appearance at the Jan. 6 rally before the insurrection, but his office refused to release records of his text messages and emails from that day to media outlets. Since then, the U.S. House committee investigating the siege has specifically requested Paxton's communications.

In a series of legislative sessions that began in January, Texas Republicans pushed for legislation to restrict voting access in the name of election integrity, despite no evidence of widespread voter fraud. And after three legislative sessions and dramatic Democratic quorum breaks meant to stop the legislation, Abbott signed a sweeping bill into law in September that will tighten state election laws and limit counties' abilities to expand voting options. It took particular aim at voting initiatives used in Harris County, one of the largest and most diverse that voted Democratic in 2020 by banning overnight early voting hours and and drive-thru voting.

"Let me be the first to congratulate the disgraced former president, Donald Trump, on his apparently becoming the new governor of Texas," Turner tweeted. "Pitiful yet predictable that @GregAbbott_TX has capitulated to Trump yet again."

The Texas Tribune contributed to this story. 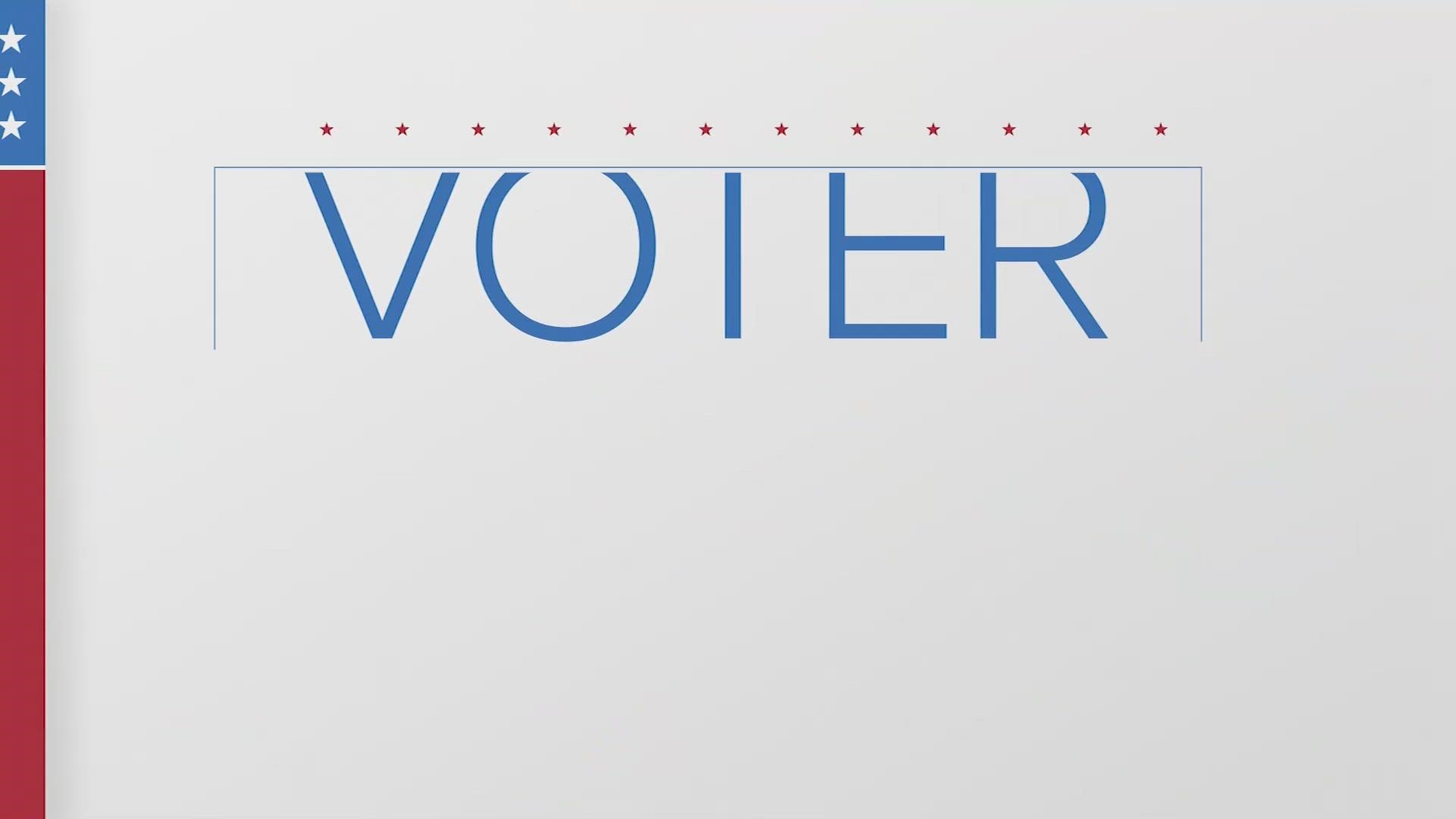